From paddock to potato chips: Meet the South Canterbury dynasty behind a potato empire 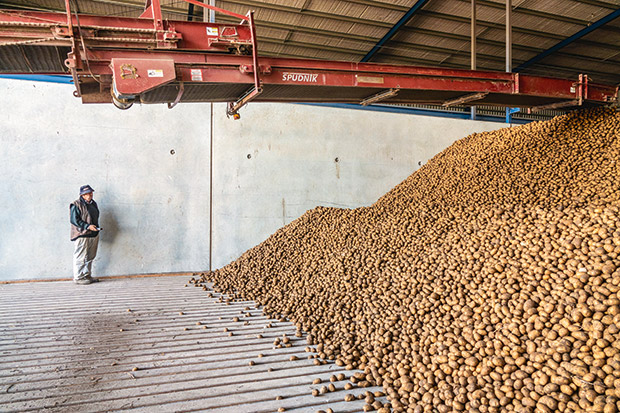 One man’s penchant for potatoes has led to a thriving multigenerational family-run paddock-to-packet potato-chip business.

Winnie-the-Pooh author A.A. Milne knew how to measure a man’s character: “What I say is that, if a man really likes potatoes, he must be a pretty decent sort of fellow.” Milne would have liked Raymond Bowan: South Canterbury potato farmer, chief of the Heartland Potato Chip dynasty, and a man who cannot abide a potato-less dinner plate.

It’s important to know just how one-eyed Raymond is when it comes to potatoes. His wife Adrienne (co-CEO of Heartland Potato Chips) can vouch for his resolutely spud-centric ways. When asked what would happen if she served up an evening meal sans potato, she replied: “I’d hate to see his face.”

Raymond says he must have potatoes every day and has only been “caught out” on the odd occasion. 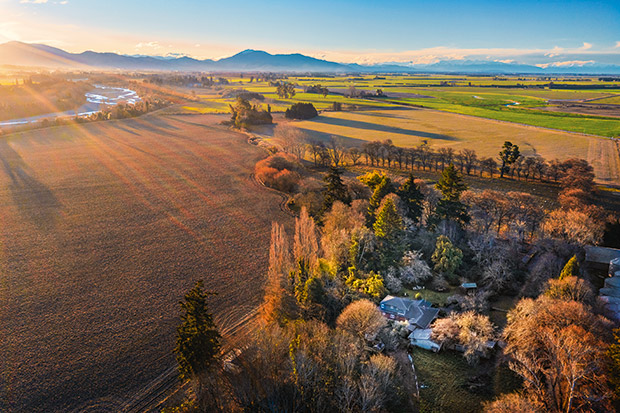 “I remember going to a potato conference a few years ago, and the people who did the catering put blimmin’ rice everywhere.” Was there outcry among the potato-faithful conference-goers? “I tell you what; there wasn’t any rice on the menu the next day.”

Raymond’s been growing potatoes in South Canterbury for 53 years now. “I started off picking them by hand for a neighbour in the school holidays when I was 17. It wasn’t easy work, but I quite enjoyed it, and the pocket money was good.” When he left school, he worked for a potato farmer who encouraged him to have a go at growing his own. By the age of 18, he was producing the first Bowan potatoes and supplying them to a Tīmaru fish and chip shop. Six years and a marriage later, he and wife Adrienne bought a farm near Orari called Fallgate — so named by a previous owner for the property’s preponderance of hinge-hopeless gates. There was nothing wonky about the soil, though — free-draining and stone-minimal, it was perfect for cuddling potatoes. It also sat next to the block where Raymond picked potatoes as a teen, so he knew its tuber-friendly ways.

The Bowan potato empire takes up 250 hectares’ worth of Fallgate’s 1500-hectare farm. The rest of the land is host to cereal crops and wintering cows, allowing for good, nutrient-ensuring crop rotation. The Bowans are necessarily secretive about the potato varieties they grow; Raymond hasn’t spent a decade figuring out which of his tubers are the most crisp-compliant for nought. 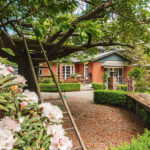 The Bowan family home is so encircled by old trees and rhododendron-lined pathways that it’s easy to forget that it’s perched on the edge of a spud hub. 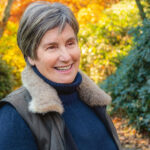 This is the domain of Adrienne. “Mum has an amazing garden,” says daughter Charlotte. 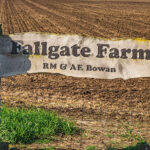 “And she’s even edged it into a couple of Dad’s paddocks”. 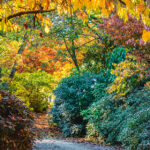 Once harvested, the Bowan potatoes are assigned to french fry or potato-chip duty. Raymond’s dinner plate, meanwhile, is serviced by an elite crop grown by Adrienne in her kitchen-close veggie garden. “I almost have a competition with Raymond,” she says. When asked if her potatoes are superior to her husband’s: “I think so.” (Raymond, quietly: “Not always.”)

The potatoes that are destined to be chips are trucked a mere 30 kilometres down the road to the family’s Heartland Potato Chip factory in Washdyke (Tīmaru), which is just about the sweetest little supply chain imaginable. Live in South Canterbury, and it’s quite possible that a packet of Heartland chips from the supermarket contains potatoes prised from the earth earlier that day.

Raymond and Adrienne didn’t set out to become potato-chip barons, but when Bluebird closed its Washdyke crisping operation in 2009, the bottom fell out of the Bowan business.

“It was a big blow at the time,” says Raymond. “I was pretty annoyed about it because I was their main supplier at that stage and had other growers growing for me. But when one door shuts, another opens.” 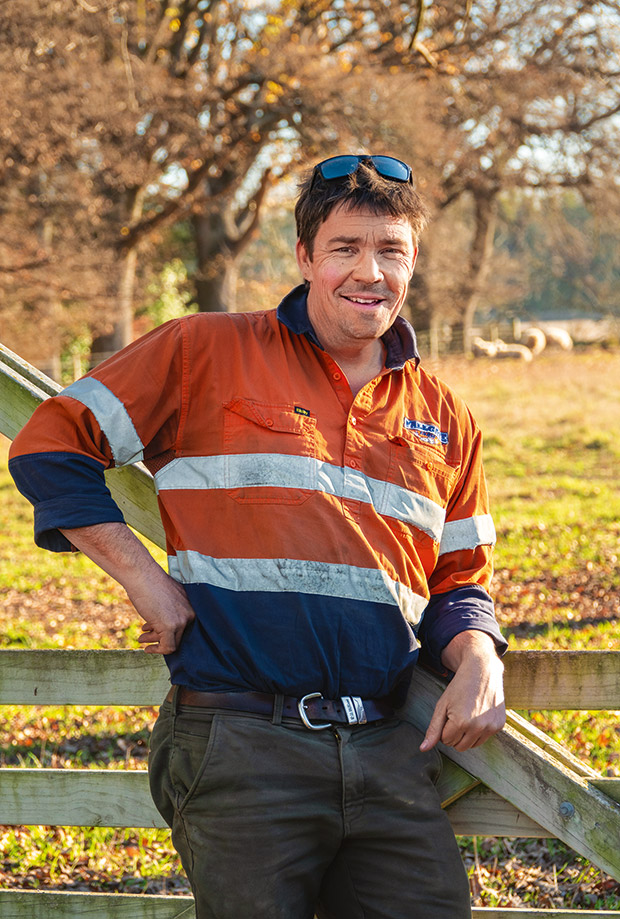 Automation has helped make swift work for James to plant and harvest potatoes. His father Raymond dug his spuds by hand for the first few years. “You wouldn’t get people to pick by hand now,” he says.

That makes it sound like the new door was ajar and Bowan-ready. It wasn’t — they had to jimmy it open themselves. The pair met with a former sales rep and a manager from Bluebird to gauge how David-and-Goliath-esque it would be for this South Canterbury couple to take on the two big juggernauts of the potato-chip world. “They told us it wouldn’t be easy,” says Raymond. “But I was pretty determined to annoy Bluebird, and I liked the idea of doing our own paddock-to-packet product.

“Because we were up against two big players — Eta and Bluebird — we needed to have some points of difference: we’re gluten-free, we don’t use palm oil, trans or hydrogenated fat, and we’re New Zealand’s only 100 per cent-owned-and-operated crisping business.”

Those first Heartland chip packets sported a photo depicting a farm fork, a handful of freshly dug potatoes and some Fallgate soil. Raymond says: “We wanted a chip packet that was different to the rest — one that related back to where the potatoes came from — the land. We knew the manager at the New World supermarket in Tīmaru, and when we were designing the packaging, he’d let us go in at night and put our chip packets among the rest to see how they looked. Bluebird (and Eta) did try and have a go at us early on by replicating our packaging and story, but that didn’t last long.” 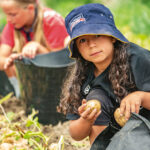 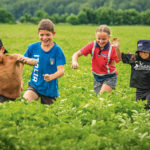 The grandkids testing the mettle of the crops (hat-wearing Jackson and Millie Robinson are Charlotte’s kids and Archie and Maisy Bowan are James’). Of Archie, James says: “He’s keen on the farming life. We’re definitely not making him take that channel, but if that’s the way he wants to go, that’d be pretty neat.”

More stories you might like:
Water cooler: How to fight moths, make a lavender cutting and our review of The Handmaid's Tale

Did Goliath copy David for a bit? “A wee bit.”

The farm imagery is still on the packaging. Raymond is even the poster boy for some of the Heartland chip varieties: that’s him on the front of the kettle-cooked packet in his bucket hat, leaning against his fork, surveying the crops. It’s an image that perfectly sums up the Bowans’ abiding concern with traceability.

There’s a second tier of Bowans at the helm of the Heartland chip dynasty these days. Two of Raymond and Adrienne’s three children have tagged in to keep the family business nicely a-hum. Eldest child James lives just two paddocks from his parents and has taken over the day-to-day running of Fallgate; eldest daughter Charlotte lives halfway between farm and factory and is Heartland’s general manager. 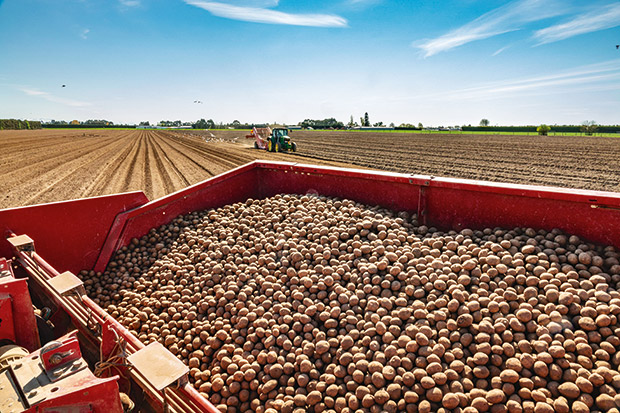 It seems they were both training for these roles, unwittingly, when they were young. James’ most abiding potato-related childhood memory is the first time he got to ride his dad’s tractor, while Charlotte recalls selling spuds at the farm gate with James and younger sister Kate.

“Dad made us a shop stand from an old potato box and a cable reel,” says Charlotte. “We’d dig potatoes every day, bag them and put them at the end of the driveway with an honesty box. If we sold the lot, we’d go back out and dig more potatoes.”

Adrienne says they’ve never pressured their brood to work in the family business. “We told James that we’d love him to come back and be a farmer, but he had to see what was past the farm gate first.” He didn’t stay away for long: “I always wanted to be back there,” says James. “Mum and Dad had to push me overseas for a couple of stints to make sure I didn’t come home too early.” Charlotte presides over the crisping of the potatoes grown by James.

There’s now a third tier of potato-proud Bowans in the making. Charlotte says that her two kids and James’ three love digging up potatoes for pocket money. Some would call that canny succession planning, but the keenness of the Bowan offspring to be in the orbit of Raymond and Adrienne speaks volumes about how the couple runs the business. “We have great relationships,” says Raymond, “and relationships are what make your whole business work.”

Adrienne and Raymond are still hands-on in the Heartland business. “Mum has played a huge part,” says Charlotte. “She does a lot of the hidden jobs that don’t seem to get recognized. She and Dad still work shifts in the factory or on the potato harvester to fill gaps when staff are away.” 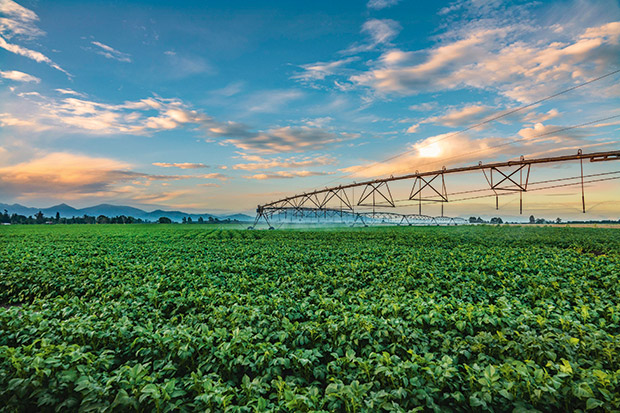 Now 71, Raymond still finds any excuse to gather soil under his fingernails. He keeps mentioning he’ll retire, but the family can’t see it happening. “He’s on the farm every day,” says James. “He’d be lost if he didn’t have that. We have a cup of tea together every morning. You probably couldn’t find anyone better to learn from.” These days, Raymond is both CEO and potato courier: “I usually bring the potatoes from the farm to the factory. That’s my job. I have to earn my keep.”

HOW A HEARTLAND CHIP GETS ITS PERSONALITY

The Fallgate products keep no secrets from the Heartland crew: when they arrive at the factory, they’ve had zero chance of consorting with any interloping potatoes, so are Bowan-pure when assigned their shape (wave, kettle, thick or flat) and tasty character. 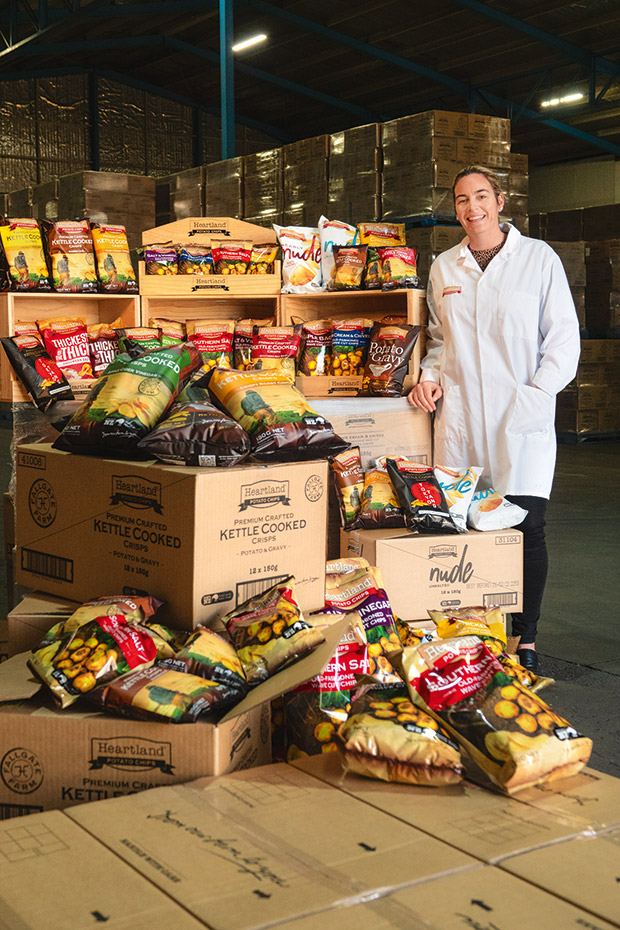 The original Heartland flavours (Salt, Salt & Vinegar, Sour Cream & Chives, and Chicken) still outsell the others, but the edgy, novelty-hungry chip consumer also needs to be catered for. The Bowans work with a “flavour house” to develop new chip personalities (the most recent taste trajectory is half-chip, half-tipple: Margarita Salsa, Gin Lime & Thyme, and Bourbon BBQ). They also do a “nude” (New Zealand’s first salt-less chip) and a “nearly nude” (50 per cent less salt) for those wanting less flavour and sodium.

There are currently 30 Heartland products to choose from, which is just as well, for even the Bowan clan need more than one packet between them. Raymond, ever the potato purist, likes Salt, Charlotte prefers Apple Cider Vinegar, and Adrienne and James concur on the merits of Wasabi Mayonnaise. ■ Buy certified seed from the local garden centre.
■ Grow potatoes in free-draining soil with little to no stones.
■ The growing plot should be in an open area with full sun.
■ Prepare the soil: Fork over and remove weeds. Allow to fallow for a couple of weeks and do it again. Rake and level area to be planted.
■ Planting: Plant the seed potatoes every 30 centimetres in rows about 90 centimetres apart. Seed potatoes have shoots or eyes — avoid damaging these as the seed is sown in a not-too-deep hole (ideally, 3.8 centimetres, says Raymond). Cover with soil and wait for it to grow. As the potato grows, rake the soil into a ridge on both sides of the row. This higher soil protects the potato as it develops.
■ Water if the soil gets dry. Probably water three to four times before lifting after about 16 weeks of growing.
■ Storing your crop: Lift potatoes and store them in a paper or hessian bag. (Don’t use plastic.) Potatoes will keep a long time if the bags are stored in a dry, dark shed.