Hazelnuts 101: A guide to growing hazelnuts in New Zealand Hazelnuts are still a niche product in New Zealand but they have the potential to be the country’s main nut crop. You won’t meet anyone who loves them more than hazel researcher and grower Murray Redpath.

One of the best things about hazelnuts is they grow best where other nut crops do not. New Zealand is a land ideally suited to hazels. It is a plant adapted to moist, sheltered conditions, but it has an ability to survive on a wide range of environments.

Hazels were one of the first plants to race north as the glaciers retreated in Europe after the last Ice Age. Now they are commonly found on the acid soils of the Turkish mountains and Scotland’s wild, west coast, and are one of the few plants capable of growing on the windswept pure limestone of the Burren in Ireland. Hazels are adapted to cool winters, wet springs, and warm summers. They are wind- pollinated during winter but fertilisation does not take place until spring, when the leaves are out and growing conditions are ideal.

Most of the growth on the hazel (both vegetative and reproductive) takes place over four to five months in spring and early summer at the same time that it is fattening its nut crop. In late summer, it drops its crop and quietly closes down for the winter.

Most of the world’s hazel production comes from Turkey, Italy and Spain and we have come to associate hazel growing with hot Mediterranean conditions.

Harvesting: nuts fall to the ground and can remain there for up to four weeks, harvested with vacuum harvesters, small blocks can use nets.

HISTORY OF HAZELNUTS IN NEW ZEALAND

Hazels were introduced into New Zealand with the early settlers along with all the other food crops they were familiar with. Some of the early station orchards in Otago and Canterbury contained as many hazel trees as apples or pears. 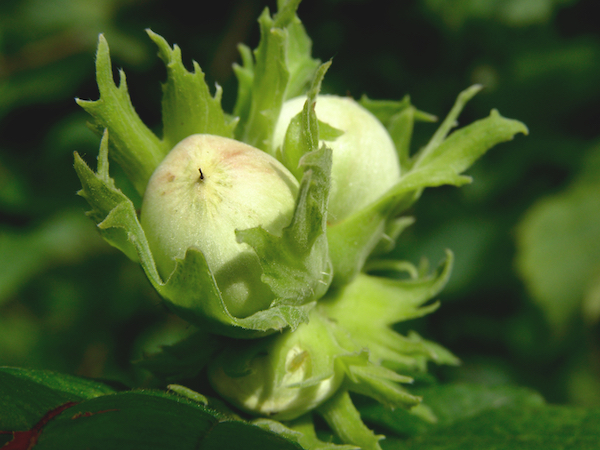 When the NZ Tree Crops Association (NZTCA) formed in 1974, the hazelnut was one of first crops it promoted as having commercial possibilities. The NZTCA worked with the DSIR to import material and set up trials.

Collections of seedling hazel material were made by NZTCA members during the 1970s and 1980s. Assessment of this material led to the discovery of Whiteheart, now the main commercial hazel cultivar planted in New Zealand.

WHO IS GROWING HAZELS?

Hazel growing is dominated by small plantings on lifestyle blocks in the North Island, where the relatively low labour requirements have proven to be appealing. These growers are selling at small local markets.

The industry has moved to a more commercial scale in the south where hazels are thriving thanks to the work of local growers in the 1990s, who saw that lots of small growers competing for local markets would not move nut crops to an economically significant level.

The hazel industry in the South Island has significant plantings in Canterbury, Otago and Southland, but the challenge is to expand the research to match the needs of a larger industry nationwide.

WHAT IS HOLDING THE HAZELNUT BACK?

Even in the South Island, hazel growers have exited the industry, disillusioned with yields and returns that have failed to reach expectations

The majority of all new plantings are made up of a single cultivar, Whiteheart, plus its pollinators but there have been difficulties in getting Whiteheart to consistently deliver high yields in orchard situations.

It is grown because it has a high quality kernel that blanches well, but the question for new growers is, will it crop at levels that give a profitable return compared with other land uses? 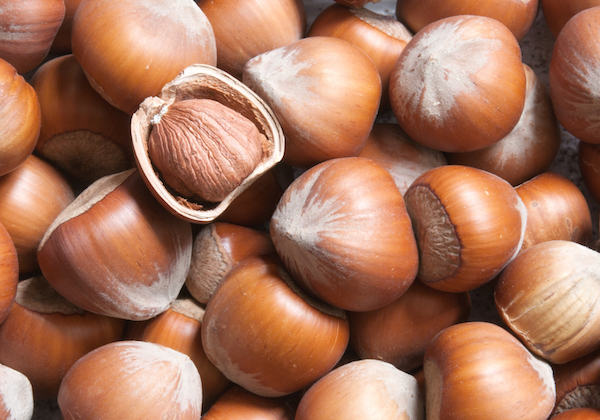 Dr David McNeil’s work at Lincoln University indicated that Whiteheart had the flower numbers and yield efficiency to crop as well as overseas varieties. Murray’s work showed plantings he observed in new orchards had plenty of flower buds on 3-year-old plants so the yield problem probably lies with orchard management and yield limitations imposed by climate or pests and diseases.

Work funded by the HGANZ shows that the big bud mite does have an effect on yield, and Murray’s observations of the effect of the hazel leaf miner suggest that it probably also limits yields. The leaf minor is an insect pest that is well established throughout NZ but its economic significance was only recently discovered when it appeared in my own plantings, two years ago.

IS THERE MONEY IN HAZELS?

If we consider the areas of New Zealand with suitable soils and climate for hazel production, then hazelnuts could develop in to one of this country’s major horticultural crops.

The best sites lie mainly outside existing horticultural areas. If the site is suited to grapes, then it is probably too dry to be ideal for hazels. The main kiwifruit and avocado areas are too warm. This means hazel growing will be moving on to land dominated by cropping or livestock farming, and Murray is now running workshops encouraging farmers to plant hazels in riparian corridors, a win-win situation: a nut crop, and a tree that loves to suck up excess nitrogen before it enters waterways.

Hazel production certainly appears to fit the seasonal patterns of much of the irrigated land in the South Island better than dairying. The main requirements for irrigation water in hazel orchards are in spring and early summer, when snow-fed rivers are usually well supplied. Large amounts of water are not needed in the autumn or winter. Hazels may also have potential in the central North Island where there are environmental concerns over the effect of dairying on nitrogen levels in the waterways. Murray’s research in 2012 backed this up but also provided the challenges growers would need to work on.

Hazelnuts are high in protein and require nitrogen to carry heavy crops, but this is mainly applied in spring when growth is active. Applications can be manipulated to avoid excess fertiliser use.

8 THINGS YOU NEED TO KNOW BEFORE YOU GET STARTED

Murray has the following advice:

WHY YOU NEED MORE HAZELS THAN YOU THINK

Each hazel variety has specific pollinators. At least 10% of your planting should be pollinators, either in pollinator rows, or spread through the planting.

Pollen release can vary from season to season so more than one pollinating variety is needed.

The pollinators below are listed from the earliest to the latest. In warmer climates growers should have mainly late pollinators.

This article was written by hazelnut grower, NZ Tree Crops Association hazel research co-ordinator, and current chairman of the Hazelnut Growers Association Murray Redpath. Murray has spent the past 30+ years researching the hazelnut and running trials on his farm at Opotiki in the Bay of Plenty.