Are hedgehogs a pest in New Zealand? 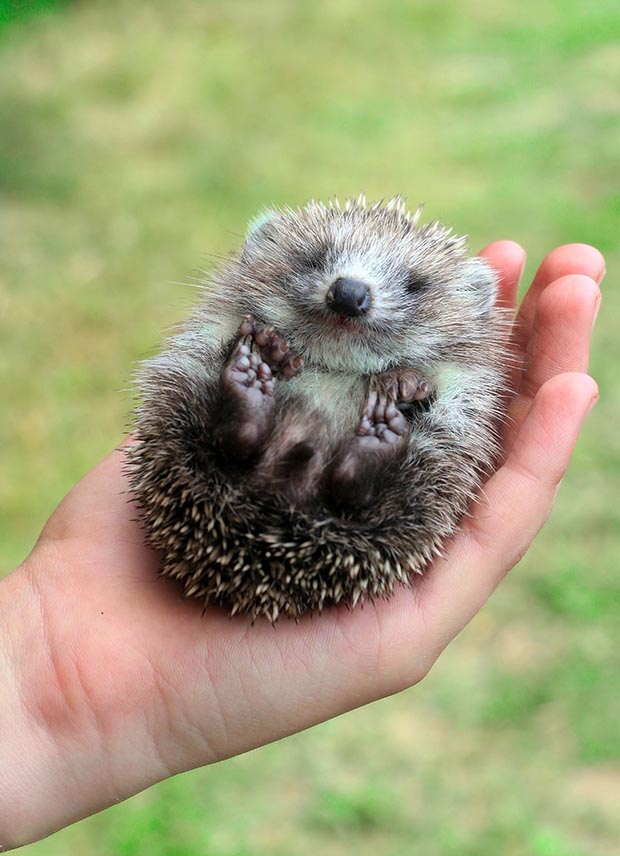 Hedgehogs present a prickly problem, being both garden friend and foe.

Erinaceus europaeus – small, prickly, and bright-eyed – can often be found fossicking in our fields or gardens after dark. Hedgehogs were first brought here from Britain in the 1860s and it’s estimated that there are now more of them in NZ than in their native homeland, the UK.

There, numbers have been falling drastically for decades, with the latest surveys putting hedgehogs on the country’s endangered species list at around one million over the entire UK, down 300,000 on numbers ten years ago. Irene Chapman of Christchurch has been running a hospital and rehabilitation programme for hedgehogs since 1991. Raising infant hedgehogs that weigh just 10g at birth (just under a tablespoon of sugar) takes dedication. They must be kept warm and fed every two hours (apart from the hours between 11 pm and 6am, which is when a mother hedgehog would be foraging).

Not only that, but these “little hoglets” as Irene calls them, must be personally toileted after every feed. “If you don’t toilet them, they’ll hold it in and they’ll die,” she says. Toileting is normally done by the mother, who licks their genitals to stimulate them and then cleans up the results, but Irene finds that wiping with a wet tissue works just as well.

Word soon spread about Irene’s rehabilitation programme and the local SPCA began referring people to her. She now takes in as many as 70 hedgehogs a year, some injured, some with problems like mange, flystrike, or pneumonia. Others are simply orphans, too young to fend for themselves. 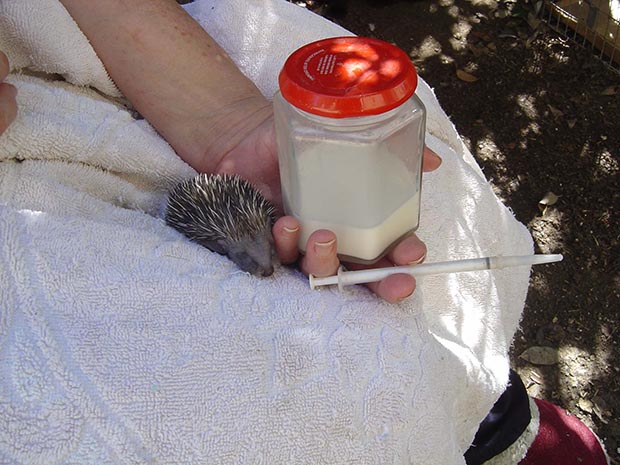 Luckily Irene has found a sympathetic vet who treats hedgehog patients for a reduced fee. She takes them to him for such ailments as kidney infections, pneumonia, injuries, and bad teeth, and for treating parasites.

Irene has had some favourites over the years. Midge was an abandoned orphan who would climb on to her outstretched hand, putting his front feet around her wrist to cling on. Holding him up to her face, Irene would say, “Give Mum a kiss” and he’d lick her nose. Another rescued hedgehog became ill in the night. He climbed from his box, made his way past all the other rooms in the house, found Irene’s bedroom, and put his tiny front feet up against the bed, trying to get to her. Irene woke to the sound of his sneezing.

“I was exhausted from being up all night feeding hoglets so, half asleep, I picked him up thinking, ‘in a minute I’ll take him back to his box’… then I went out like a light.” She woke in the morning to find a very happy hedgehog curled up cosily on her chest, sound asleep. 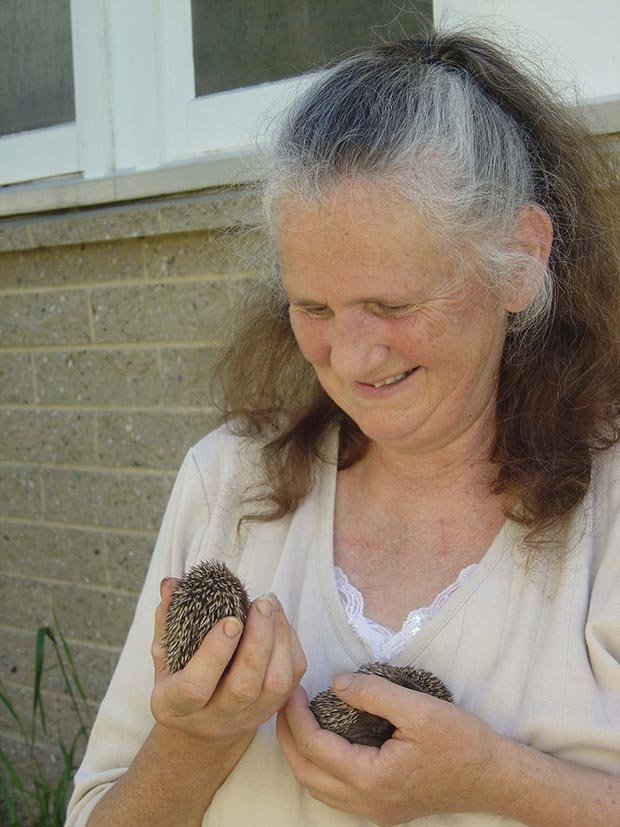 Irene with her “little hoglets”.

According to Irene, people don’t give hedgehogs enough credit for their intelligence and individual personalities. She finds they’re quick to realise when she’s trying to help them and often show their appreciation by becoming very affectionate.

“I’m hooked on hedgehogs,” Irene says. “They look up at me with those little black eyes and I fall in love.”

THE HEDGEHOG AS A FOE Not everyone loves hedgehogs. Sometime after meeting Irene, this story’s author Jane Buxton was asked to write a children’s story about the endangered native wrybill. In her research, she discovered to her horror that one of the keenest predators of the eggs and chicks of the wrybill and other ground-nesting birds is the hedgehog.

“Our sweet little Mrs Tiggywinkle is really a killer in disguise.”

There are an estimated two to four hedgehogs per hectare in many parts of New Zealand and in optimum conditions there can be as many as eight per hectare.

While they are basically insectivorous – which is what makes them so useful in the garden – NZ studies have shown they’re not just crunching up garden pests, but also devouring native invertebrates, including rare native beetles, grasshoppers, and weta at an alarming rate. The gut of just one hedgehog was found to contain 283 weta legs.

Hedgehogs are also partial to NZ native lizards. Lizard remains are often found in the intestines of trapped hedgehogs, particularly in adult females. These females appear to have learned that for building up to hibernation after an exhausting breeding season, nothing beats a feed of native skink for a high-protein meal.

In the spring, eggs are another good energy source for hedgehogs. In the South Island’s braided riverbeds they prey on the eggs and chicks of banded dotterel, wrybill, and black-fronted terns. They’ve been photographed and videoed taking eggs.

DOC has trapping programmes in place and the list of predators trapped at Macraes Flat, Otago, from April 1999 – June 2004 makes interesting reading:

Not only are these prickly plunderers decimating native bird populations, but they’re also often caught in the act of pilfering from the henhouse. They’ll readily feast on eggs and chicks, and have been known to prey on birds as large as pullets, seizing them and holding on grimly until the bird dies.

Landcare Research scientist Chris Jones has used radio transmitters and spools of thread to track hedgehogs as they forage around native wader bird breeding areas. He advises landowners and conservation managers to set traps for hedgehogs at the beginning of the birds’ breeding season, and in the autumn when hedgehogs are foraging intensively to build up fat reserves prior to hibernation. 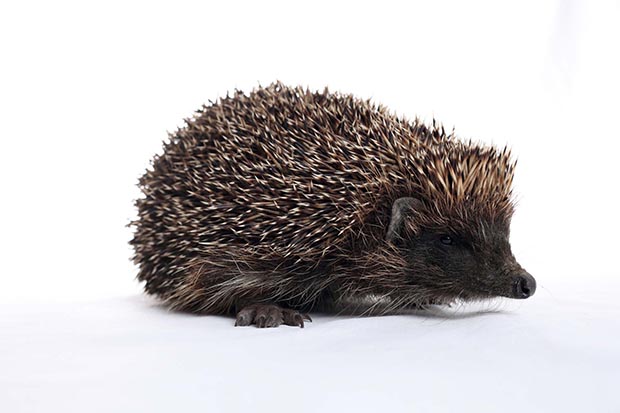 A picture of the impact of their eating habits is gradually emerging, but Dr Jones maintains that hedgehogs still remain under-researched.

“Stoats, ferrets, and possums get all the attention. They are like the bad guys in balaclavas during a bank robbery. Meanwhile, hedgehogs are the guys in the background, quietly opening the safe.”