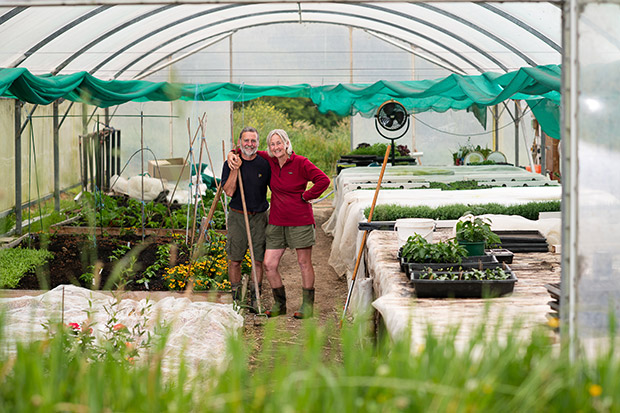 When red-hot chilli fans Steve and Anne Corkran got burned by big business marketplaces, they decided to go direct to their customers and turned their block into a thriving market garden.

Any professional grower knows the indignant feeling of walking into a supermarket and seeing their crops for sale at five, sometimes 10 times the price they were paid for it.

Mild-mannered Anne and Steve Corkran got so hot under the collar at the price they were getting for their spray-free salad greens, they decided to go direct to their customers.

“We got stung a couple of times,” says Steve. “What they’re offering to pay wasn’t paying our costs, so we decided we’d cut out the middleman. From there, it just snowballed.”

The couple now works full-time growing and selling their fresh, spray-free vegetables and food products at the two local farmer’s markets, and through their website. The former primary school principal (Anne) and transport manager (Steve) made the leap to full-time market gardening three years ago. 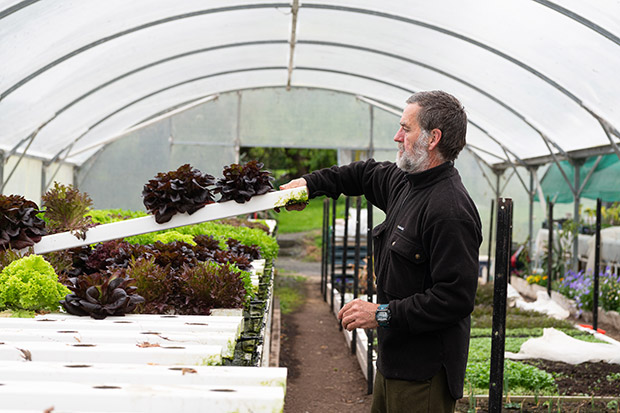 In that time, they’ve become infamous for their award-winning, home-made, home-grown red-hot chilli products – one of their best-selling sauces is called H.S.M.O.G (Holy Sh*t, Mother Of God) because it’s so hot, it’s like a good smack across the face, says their daughter – and the incredible range of vegetable and fruit they produce on their 4ha block.

“First, you get different nutrients, and two, you get what we call a good table blend (at the market) – you put it out on the counter and there’s green, red, orange, yellow and it just makes the stall look really good too.”

Their best-sellers are the microgreens, including pea shoots, basil, and coriander, and salad mixes. But they’re just a fraction of the seasonal vegetables the couple grows. There are oyster mushrooms, edible flowers, fresh herbs, elephant garlic, purplette onions, fenugreek, turmeric, baby ginger, and four different types of potato.

“We go more for the heirloom varieties, and a lot of them are from the organic section through Kings Seeds,” says Anne. “They’re ones we’ve found work well here. We’ve gone through a few varieties and it quickly becomes clear that some just don’t like our place.” 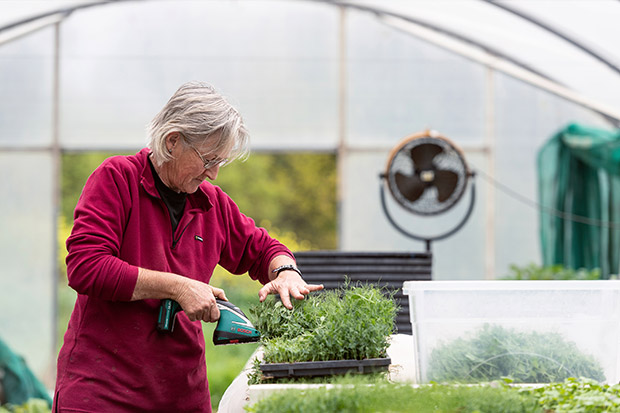 The soil on their sloping block just south of Palmerston North is mostly hard clay, so the couple grows everything in raised beds, outside and in tunnel houses.

Three years ago, they had six outside beds, 6.5m long by 1m wide. This year, they’ll hit 110; around a quarter are growing green manure or carbon crops such as corn and nitrogen-fixing legumes. Steve chops the plants down, covers the bed with plastic, and leaves it to rot. Just before planting out, he adds used potting mix from their microgreens. Their sustainable system means one bed can produce 8-10 crops a year, and most of their oldest established beds are 90% weed-free.

It took just a few weeks to convince customers at the Feilding Farmers’ Market that they were good growers.

“We have fresh salads on the counter, people can try it, see if they like it, and now we’ve got a good reputation,” says Steve. “You get reinforcement from other customers at the market too, and it’s good advertising; we’ll get one of our regular customers talking and they’ll tell someone new, ‘oh, that’s the best salad!’” 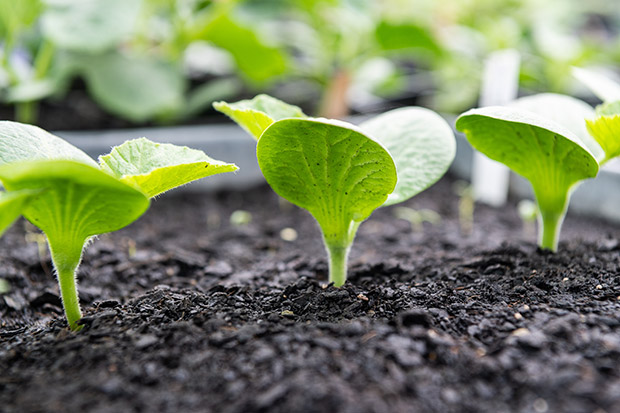 He runs the stall on his own every Friday morning, arriving to set up at 7.30 am with around 5.5kg of fresh greens, another 1kg or so of microgreens, and crates of whatever else is ready for harvest that week.

“People know they’ve got to come in early. If they don’t get in by 10 am, they’ll miss out on the most popular stuff.”

The couple have expanded their business to supplying restaurants, after extending an invitation to local chefs.

“We visited all the high-end restaurants and invited the chefs out here to see what we’re doing. We had one group of about eight come out and we spent two and a half hours taking them through the different areas. We wanted to know what they’re looking for – we had a couple of requests to try different microgreens – how much, what they’d be prepared to pay, and we went from there.”

Anne says they found the chefs were very interested in what they had growing in the commercial area but also wanted to raid their home garden.

“Some of the things we weren’t offering for sale was stuff they were looking for, like lemon verbena which they couldn’t get it anywhere else, fresh horseradish, bits and pieces that we were just growing for ourselves, and that’s ok with us.” 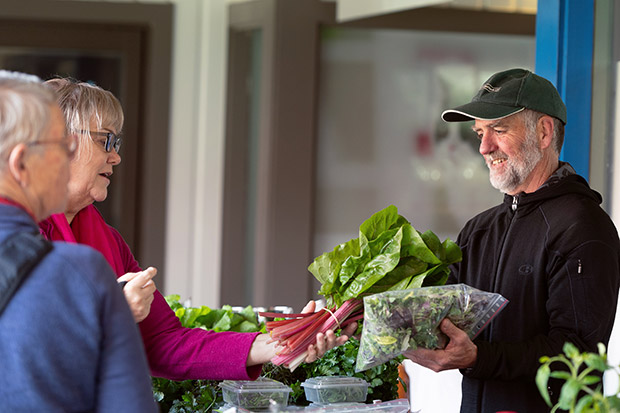 The couple works hard every day, but they’re not the kind of people who stop and put their feet up. When the garden work is over for the day, they do crafts for an hour or two each day. Anne gets busy doing lapidary (cutting and polishing gemstones) and resin art, while Steve turns wood into bowls on a lathe. Every three months, they sell their products at the local craft market.

“We don’t go on holiday,” says Steve. “We’ve had three days off, three years ago, and since then we’ve been so flat out, trying to set up and trying to be consistent.

“But it’s one of the things we’re working through now, how to give ourselves time off the place to give us that balance. You’ve got to learn how to say no.” 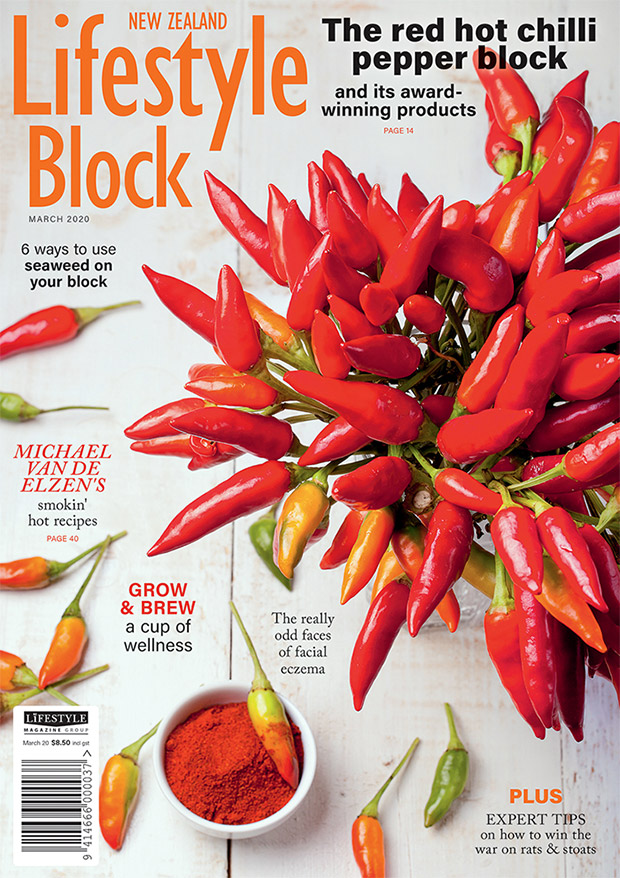