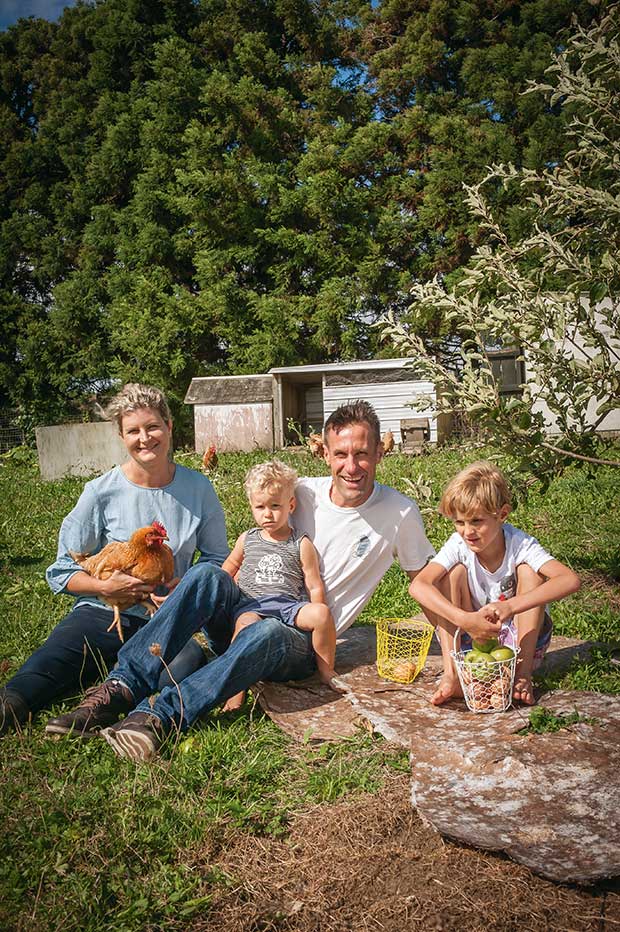 Wholesome ingredients and happy memories of childhood beachside holidays form the DNA of this family enterprise.

A tousle-haired tot with the Pacific Ocean as his playground, Hamish Pilkington had it lucky. On family trips to Hahei, he spent endless summers fishing from the beach with his brother and sister, swimming and searching for treasures near the rocks.

Just over the hill was sugar-sanded Cathedral Cove accessed through a spectacular arched cavern. 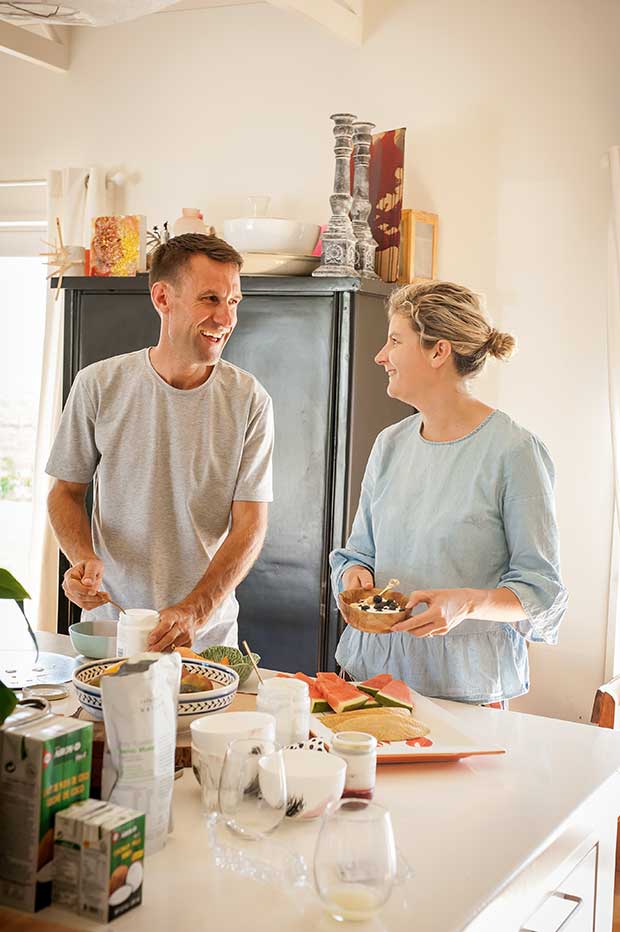 It was those images that came back to him when, aged 20-something, he was living a less-than-healthy life in London selling Aussie surf gear. He stayed out late, worked long hours and ate a lot of takeaways.
“My body wasn’t at its optimum,” is all he’ll say.

One day he read a newspaper article about additives in pork chops, and another about the spray used to avoid mould in processed bread. He also noticed a head of broccoli, left too long in the fridge, was as green as the day it was bought.

Returning to New Zealand, his first stop was the ocean at Hahei where, beneath the waves, he had an epiphany. 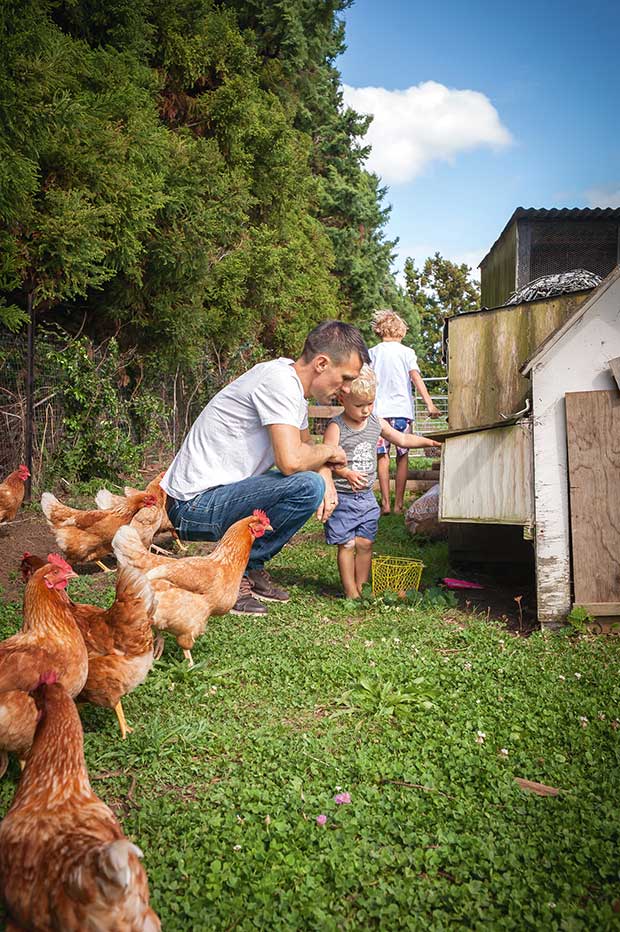 “When I resurfaced I thought, ‘This is it. I’m in the right place.’” The Damascene moment was not just about a reconnection to his homeland, it signaled a commitment to better health and wellbeing. “I think I had developed an ability to listen to my body.”

By then, Hamish’s parents Brian and Sue had bought an organic orchard at Hahei, with 1000 macadamia trees, harvesting about 2000 kilogrammes a year. 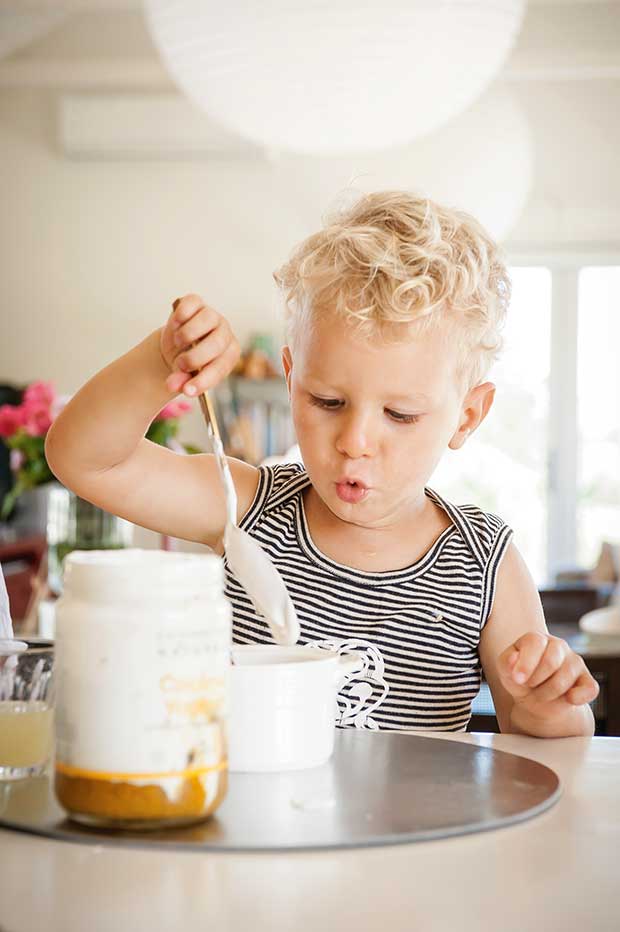 The crisp golden nuts were sold under the brand Cathedral Cove Macadamias and included dark chocolate-coated nuts, dukkah and a crushed crumb for coating seafood, an annual award-winner at the Whitianga Scallop Festival. Hamish has a marketing degree and his parents were keen for him to be involved.

More stories you might like:
How shiitake happens: 7 reasons why beginners have problems growing this popular fungi

The story could have ended there: a young man, living by the sea, dreaming up ideas for nuts, with a beach-based mobile juice and coffee bar. But on a trip to Auckland for a conference, Hamish met an architect named Harriet, who won his heart. He wooed her with gifts of persimmons from the orchard. They settled on a property in Clevedon and married in 2009. 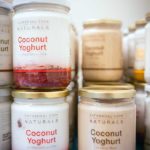 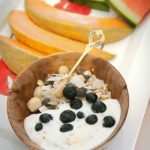 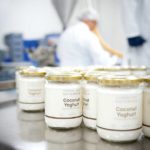 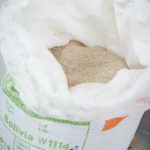 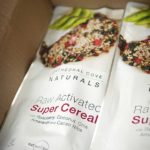 The couple quickly realized they shared a common view on the health benefits of whole foods. And they also agreed broccoli that stays green for months is best avoided. With bank loans and help from family, they set about turning their ideas into a business.

At Hahei, Hamish had experimented with macadamia muesli which got the thumbs up from his taste-testers. Soon after he came home from London, Lightly Toasted Organic Muesli was launched, made from macadamia nuts, coconut, apricots and Coromandel honey. 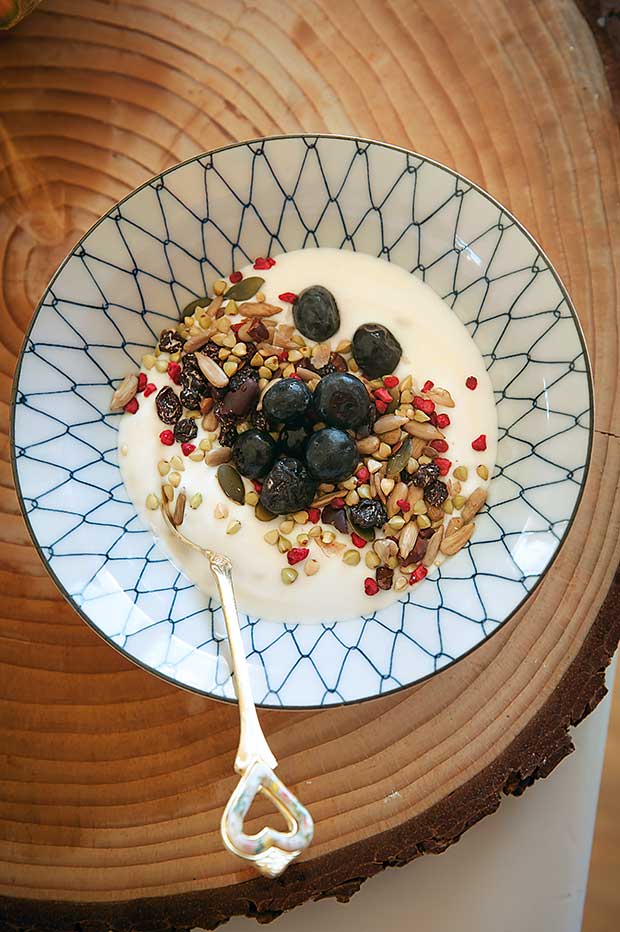 Healthy breakfasts are core business for Hamish and Harriet fueling not only their busy days but their business. Each new product goes through a family taste test. “We wouldn’t have such a good diet, if we didn’t make the products,” says Hamish.

Later, when Hamish and Harriet launched their own business under the brand Cathedral Cove Naturals, ideas for other nutritious breakfast cereals emerged.

Hamish says their ideas were driven by their own efforts to live well. “As we focused on our own diets, we’d look to develop new recipes and products.”

Their quest took in the benefits of coconut oil and fermentation which enhances the natural beneficial bacteria in food. They made sauerkraut, kombucha (a fermented tea) and kefir (a fermented milk drink).

When Hamish bought whole coconuts to get the water for the kefir, he experimented with using the leftover flesh for yoghurt. “We blended it with probiotics. It tasted like fresh coconut, but it was devilishly hard to get the flesh.”

After six months, they switched to coconut cream without additives, sourced from Thailand. Natural Coconut Yoghurt was launched in 2015.

As production grew, new premises were needed. Head office was briefly in Harriet’s architectural office but by 2016 – to keep up with growth – the yoghurt manufacturing business shifted to Mt Wellington in Auckland. About 10,000 units are now produced weekly and the yoghurt is sold in glass jars to avoid waste. 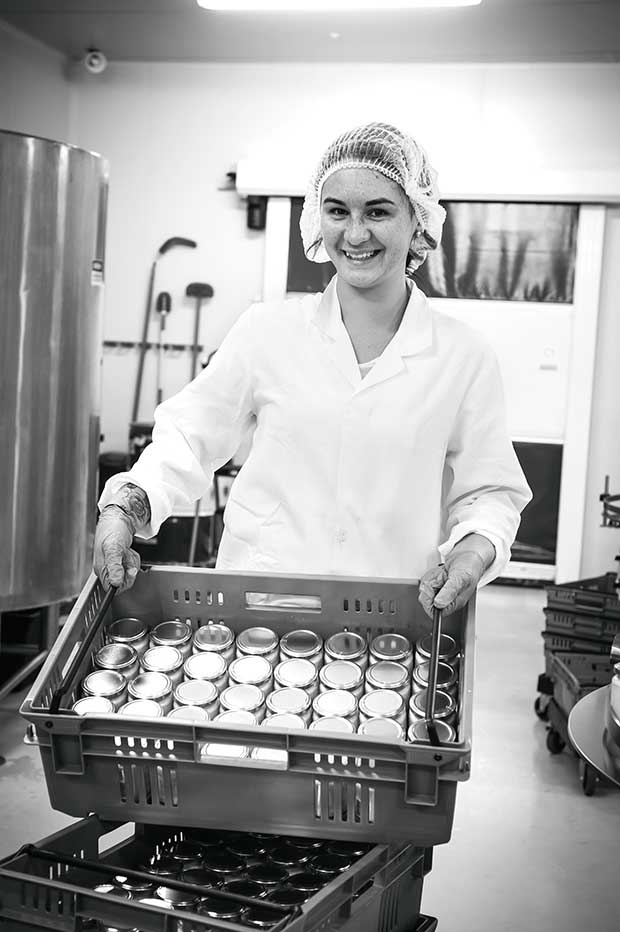 The 15 staff at the Cathedral Cove Naturals’ Mt Wellington factory take home a bonus each month – a selection of their employer’s fine products.

“Living on the Coromandel,” says Hamish, “you are constantly reminded of the impact of plastic on the sea.”

The peninsula continues to be the touchstone for their strategy, as do the values passed on in childhood. “Mum had a home economics degree. When we were kids, she encouraged us to eat and make good food,” says Hamish. “That’s stayed with me.”

The couple say their own food philosophy has coincided with consumer trends. “There’s been a shift in people’s thinking; there’s more concern and curiosity about what we put into our bodies.” They don’t push any particular diet but they make foods that they know, from experience, have health benefits.

Their product range now includes plain, cacao and fruit coconut yoghurts and four breakfast cereals which are gluten-free, low in sugar and packed with energy-pepping fruit, seeds and nuts. “Older parents need lots of energy,” says Hamish. The “older” is relative. Both he and Harriet are 40.

There have been headwinds. Upscaling their business in an area with no previous experience has been challenging. “It’s a long way from a Sunbeam mixer in a home kitchen to supplying supermarkets.” 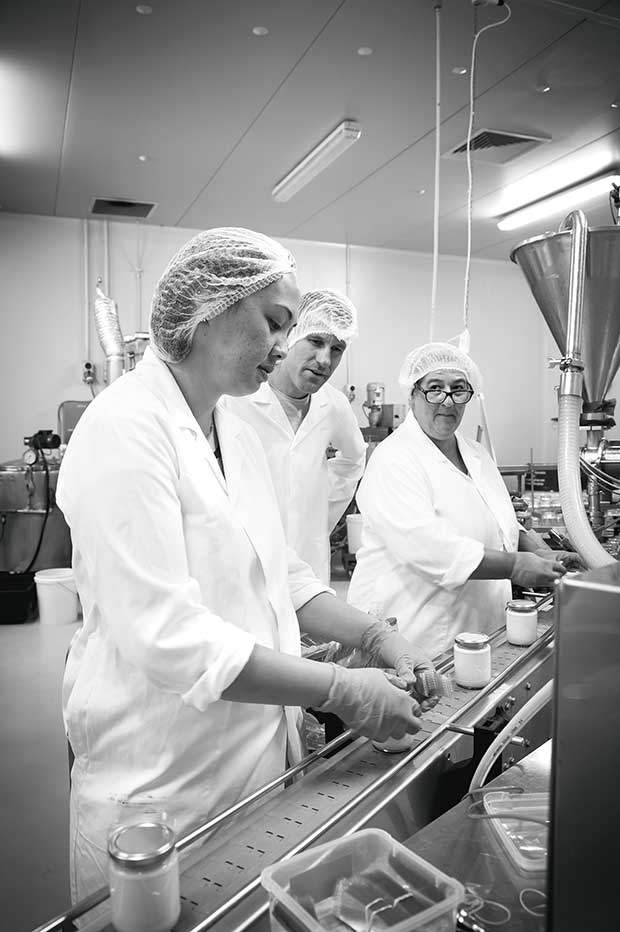 The factory makes two sizes of yoghurts: a small version to cater for a single dairy-free family member, or larger jars for families.

Profits were initially sunk back into the business to sustain growth. Now the sales are heady: units of yoghurt and cereal doubled in the past two years. Harriet says they followed the iPhone model of marketing by simply gifting their products “to the culture”. “The people who buy the products talk about it; they also blog about how to live well and eat well.”

The couple now live on a rural property at Karaka where free-range chickens fossick, and there are macadamia orchards across the fence. Their boys – Arlo (6) and Leonardo (2) – are into horses and fishing, and share their dad’s love of the beach. Harriet is also a keen horsewoman; for her 40th birthday, Hamish shouted her a new horse. A big step up from persimmons.