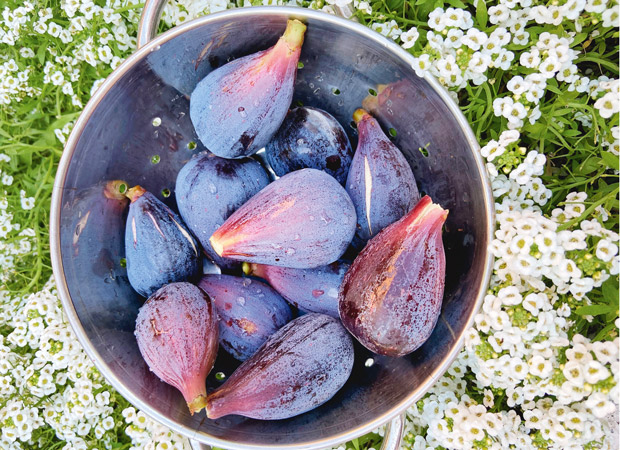 Have you ever seen fig trees that produce lush green leaves every season but no fruit? Jean Hollis is a good friend and an experienced fig grower. She says the reason why some figs crop and others don’t could be to do with a little pollinator wasp that doesn’t live in NZ.

Jean lent me a copy of Growing Figs In NZ by the man known as ‘Mr Fig’, Eric Cairns. He found many fig trees and cuttings came into NZ with European immigrants in the 1800s who gave them new names (he lists 85 in his book). Many are noted as the ‘common fig’ variety, which are self-pollinating.

However, there are three types – Capri, Smyrna, and some San Pedro varieties – which need a tiny wasp to prick their buds. In NZ, Capri rarely fruits; if it does, it’s inedible. Some San Pedro don’t need a pollinator to set an early crop. Smyrna doesn’t produce fruit at all. 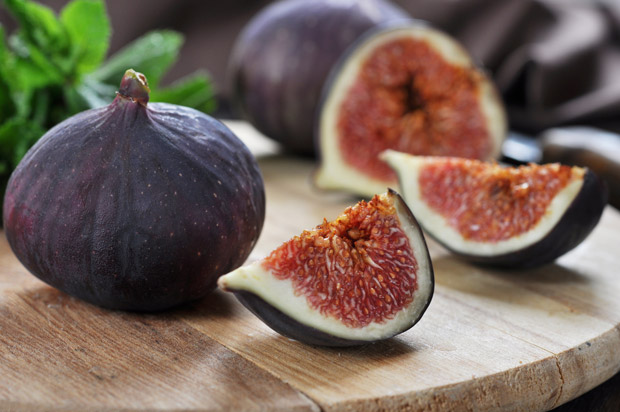 Jean and her husband Ray grew figs on their lifestyle block in Te Horo, an hour’s drive north of Wellington, running a small, commercial organic orchard in the 1990s. Their overseas travels helped them decide on what they wanted to grow.

“We loved the cuisine of the south of France, Greece, and the Mediterranean, so it was an easy choice to focus on grapes, olives, and figs because that’s what we liked.”

Jean says she wouldn’t advise people to start with their philosophy. It was pure chance that the crops they grew ripened one after the other, so they only had to harvest one thing at a time.

“It was luck rather than good management,” says Jean. “I tell everyone now, do your research!” During the 90s, they also took part in a nationwide fig trial run by Eric and the NZ Tree Crops Association.

They cared for 120 trees, providing yearly reports on crop yield and taste. In return, they got to keep the fruit. Jean and Ray discovered figs were quite a lucrative crop, selling for up to $14/kg at their local market, and to several stores and chefs. Educating customers was the secret to their success. People would peer at Jean and Ray’s luscious organic figs and ask what they were, and could you eat them? The quality and taste of their figs meant that they would often sell out in under an hour. Any imperfect fruit that didn’t get to market was made into jam.

Local farmers told the couple they’d never make a profit. Ray did have an off-farm job for several years, but Jean says the orchard paid its way eventually and provided them with a gourmet diet. Ray died in 2013, and Jean downsized.

“Just six fig trees,” she laughs. Her fig of choice is Adriatic, and the dessert was her late husband’s absolute favourite.

1. Water your figs. Because they originate in dry countries such as Turkey and Greece, people assume they don’t need much water, but Jean says they found fig trees like to be watered every few days. Fig trees do best in free-draining soil, definitely not waterlogged areas.

2. Prune trees, so they’re low and easy to harvest.

3. Figs can be pruned in early winter, but don’t prune them too hard. Eric Cairns warns figs can shoot out lots of useless suckers at the base if pruned too aggressively.

4. The main fig crop fruit comes on new season growth. The little fruit buds that often carry over on the previous season’s wood are called breba – they’re sometimes edible, but mostly not.

5. To keep the birds away, secure resealable bags over each fruit with a hole cut in one corner to let moisture escape.

6. If there are several figs on one branch, use a large netting bag (such as a ‘delicates’ bag you use in a washing machine), drape it over the end of the branch, then use string or cable ties to secure it.

7. Figs are a delicate fruit so place them in shallow trays in single layers when you’re picking.

8. The sap that exudes from figs can irritate the skin – wear gloves if you’re sensitive to plant sap and juice.