How to give homegrown onions a go There’s nothing sweeter than pulling up garden-fresh onions from the ground.

Onions are satisfying and relatively inexpensive to grow. Experiment with unusual or heirloom varieties that aren’t common in supermarkets. Remember, though, that your beds will be occupied for several months until the onions bulb up – larger onions can take more than six months from sowing to harvesting.

In cooler areas, start seed from mid-April to early September, or mid-March to mid-July in warmer regions. If planting seedlings, do so from August to mid-October in cooler districts, or from mid-July to September in warmer ones.

You can sow the seeds directly where you intend to grow them, but the seedlings often get lost among the weeds. If that’s the case, sow in trays for planting out when the seedlings have four to six true leaves. If sowing direct, they will need to be thinned out to allow the bulbs enough room to grow – although some gardeners leave them be in a bid to keep the bulbs small and sweet.

Prepare your garden by digging in lots of organic matter. All members of the onion family grow best in fertile, welldrained soil in full sun. The lighter, or looser, the soil, the larger your onions can grow. Don’t plant too deeply – the small bulb should just poke out from the soil’s surface. If planted too deeply, it may not survive.

Feed with blood and bone or sheep pellets but stop feeding close to harvesting to aid storage – too much nitrogen around harvesting time can negatively affect bulb quality and lessen storage time. Harvest when the tops fade and turn brown, usually about mid to late summer. ‘Pukekohe Long Keeper’ is the most widely grown onion in Aotearoa, but if you like purple-skinned onions, try ‘Californian Early Red’, the standard red onion, or ‘Red Brunswick’, a reliable heirloom that stores well. Smaller onions to try include ‘Borettana’, an Italian ‘button’ onion, and ‘Pearl Drop’, a pure-white cocktail onion.

Best grown from seed — scatter the seed, then lightly cover with fine soil. Keep moist until the seed germinates

Plant in mid-autumn to early spring, depending on where you live

Crops after 3-8 months, depending on the size of the onion 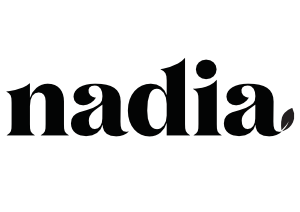 This article first appeared in Nadia: A Seasonal Journal Magazine.
Discuss This Article