Get the most out of your homegrown pork by rendering excess fat into useable lard.

If a pig is fat, it can be skinned instead of scalded. I always do this for baconers as I don’t like the rind.

If it is skinned, your butcher can separate the excess fat before processing and render it down into a tasty, nutritious lard for cooking.

I was horrified when the fat from one of my acorn-finished pigs was substituted with commercially-raised fat when my butcher made my salamis. 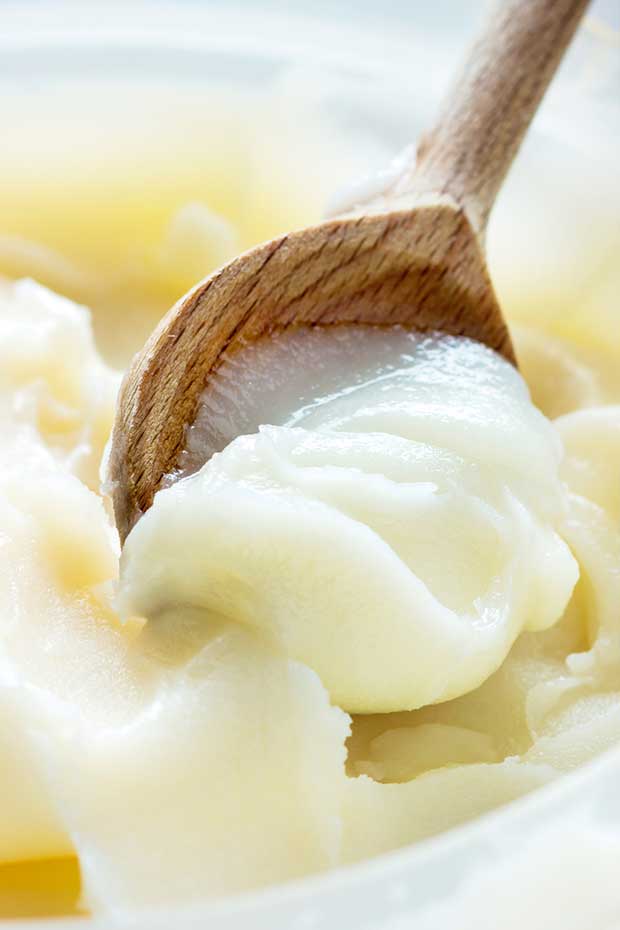 Salami contains about 10 per cent fat and it needs to be firm. My butcher prefers to use standardised commercial saturated fat. I now make my own salami using my pig’s fat.

Fat is a natural, tasty, highly-nutritious cooking oil (with zero food miles). Pig fat is known as lard and beef fat as tallow, but processing is the same for both.

Lard has a smoke point of 185°C, slightly higher than coconut oil and about the same as extra-virgin olive oil. Tallow’s smoke point is 250°C, higher than most cooking oils. 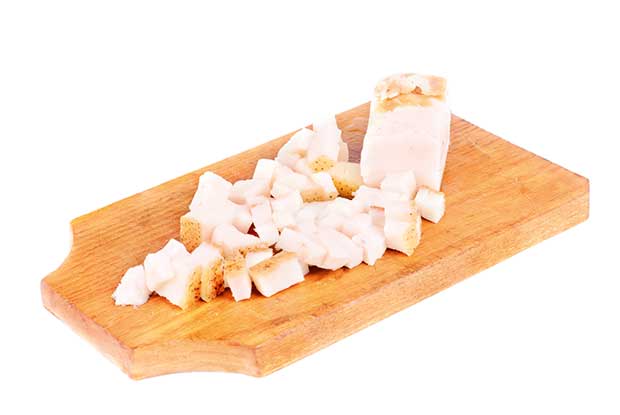 Get your butcher to shave off any excessive fat between the skin and muscle (known as the ‘fatback’) and to remove any fat around the kidneys and inside the loin. This visceral fat (called leaf lard overseas) is the highest-grade fat. It has a mild flavour and is often used in cooking, most famously in moist, flaky pastry.

There are two methods to rendering fat into useable lard. I use the dry method for fatback because it is easier. I use the wet method for leaf lard as it reduces the flavour and increases the smoke point.

More stories you might like:
Kelly Wilson shares what she learned camped out in the wilderness studying horses for her new book, Wild Horses of the World

The fats can be frozen at any stage.

Place fat in a roasting dish in the oven at a low temperature (about 120°C) until it melts. Pour the melted fat into
a cheesecloth-lined sieve and let it drip through into a metal bowl.

Once the fat has cooled a bit – but not set – pour it from the metal bowl into an ice-cream container/s and freeze until needed.

This process can take several hours. Keep pouring off melted fat until all that remains are dry crispy ‘bits’. Dogs love crunching on these when cool but don’t feed too many at once.

Place the chopped fat in a saucepan with some water and simmer until the fat melts.

Allow to cool and skim off the fat.