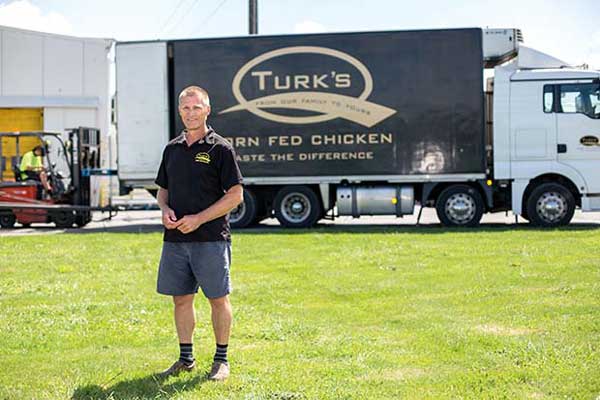 This family-run business is the friendly face of poultry farming. Every effort is made to protect the environment and there’s a hatchery in the pipeline.

“But I assured Mike we had well and truly tested it – including in our own kitchen,” says Ron.

“No touch, no mess, no prep,” is how the innovative packaging is marketed, responding to the ‘ick’ factor many consumers have dealing with chicken, primarily to do with the fear of campylobacter.

“The industry has worked together on that issue,” says Ron.

“We’ve benefited by having a cleaner industry, the consumer gets a healthier product. And we’re going to keep getting better.”

Turks Poultry is in its sixth decade of business in the Horowhenua town of Foxton.

Ron’s father, John, having brought his family from the Netherlands in 1952, started up the company as an egg farm in 1966. 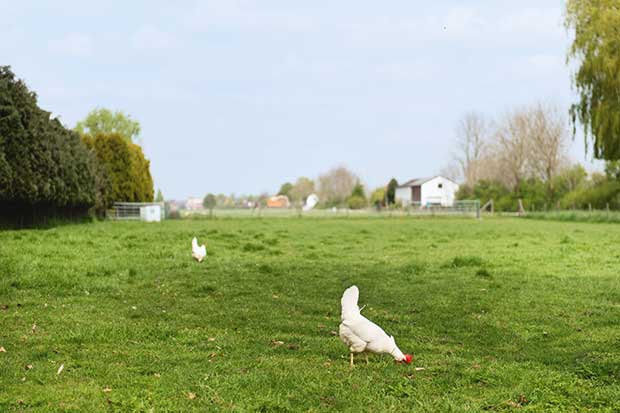 By Christmas Turk’s will no longer produce table eggs, concentrating instead on meat. All chickens are reared on GE-free NZ-grown corn, and AsureQuality audits the six supplier farms for adherence to animal welfare and biosecurity regulations.

Ron plans to take the company completely free range in the near future, allowing chickens to roam in a grassed, pesticide-free area once they are fully feathered. “We keep their pop-holes open 24/7 unless the weather is really bad.”

Turk’s takes protective measures for its environment, too. It uses old shavings with chicken excrement as fertilizer, sends wastewater to the treatment plant, and a foaming process to reduce water and chemical use.

Outer cardboard cartons are recyclable and Turk’s plans a fleet of hybrid trucks in the long term.

The welfare of 220 workers is just as protected. “When I say we’re a ‘family business’, I include our workforce.”

Turk’s has always paid workers over the minimum wage, the company provides funeral insurance for employees and funds courses. “We have about 100 people training, usually through AgITO [agriculture industry training organization).”

Community involvement is encouraged; volunteers at the fire brigade are paid during their call-out time.

All products are processed at its Kosher and Halal-compliant Foxton premises. “We try to do everything in house; we do 90 per cent of our own freight and have a dedicated team of mechanics.”

The only thing lacking is a hatchery; for now, day-old chicks are trucked from Auckland with 125,000 arriving each week.

But there are plans for a hatchery that will allow Ron to nurture his chickens from breeding hen, to egg, to processed product. He’s delighted it will mean more jobs for the community.

There’s still plenty of family involvement in the firm and Ron hopes one will step into his role in the next few years. “Then I’ll be happy to take a board seat and just bring in scones for afternoon tea.”

Ron expects the farms, the up-coming hatchery and increased automation, to double production. “It will also improve animal welfare as chicks will no longer be trucked from Auckland.”

Many of Ron’s staff have been with him for 10 to 30 years but maintaining a continuous workforce can be a challenge. “By bringing in new machines we aim to lower the stress on our workforce.”

What next? “We’ve been working with several companies to develop innovative packaging. I can’t say much, but it’s really clever stuff.”

‘Compliance. It’s necessary, so embrace it. For my generation compliance was considered a pain that stopped you doing stuff. But if you do it right it doesn’t hinder you much at all. In fact it protects the business and the consumer.’