Inside Blair Somerville’s whimsical, world-famous Lost Gypsy caravan and gallery in the Catlins 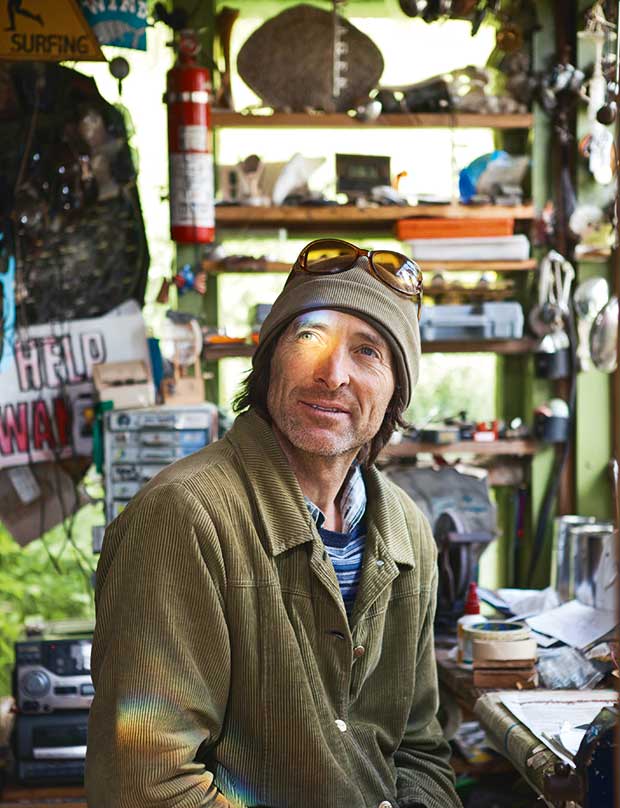 Organic mechanic Blair Somerville in the workshop of his caravan gallery.

His gallery is a gypsy caravan, he is possibly a gypsy himself, but Blair Somerville is far from lost in the world of fantastical art.

The Lost Gypsy Caravan is signposted on the main road at Papatowai, halfway between Invercargill and Dunedin, by a realistic mannequin and a skeletal creature riding a bicycle, both made by artist Blair Somerville. 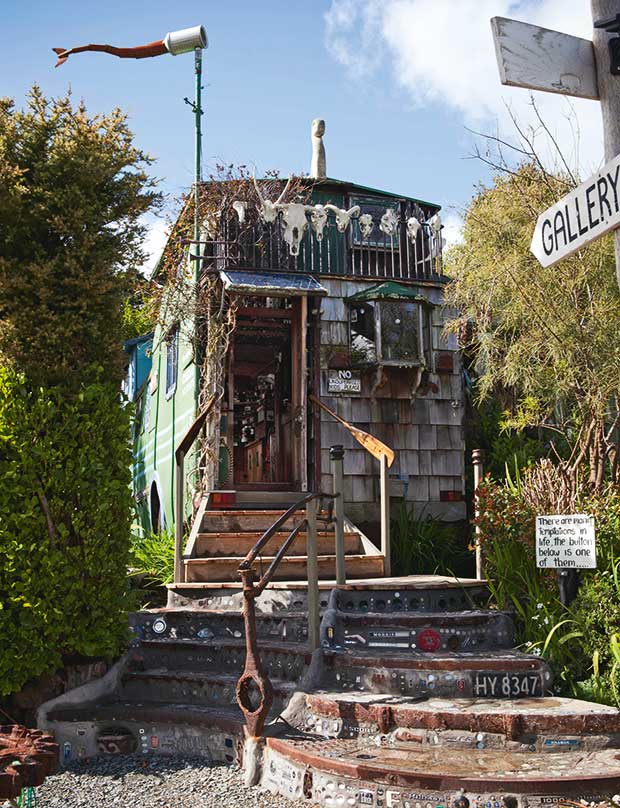 He calls himself an organic mechanic and modestly says he likes tinkering but his quirky creations – or automators, as he prefers to call them – have made his gallery one of the unmissable attractions in the Catlins.

Life-sized and pea-sized, Blair’s automators are made from the bits and pieces that other people throw away: springs, switches, spoke wheels, vintage toys, camera bits, circuit boards, old tins, bones, shells and things. 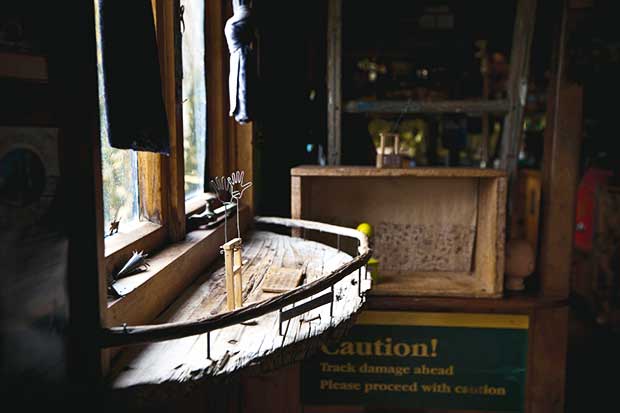 A wind-up hand clapper, a manually operated cassette player and a rare brush-tailed box marching to extinction are just some of the gadgets and gizmos that have made it from The Little Book of Ideas to the interactive gallery in the magic bus.

His display cases are fashioned out of letter-boxes, old radios and television sets and the contraptions inside are powered mostly by gravity, solar cells, pulleys and winders. 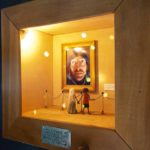 Self-portrait in a gallery within a gallery at The Winding Thoughts Theatre which also features a kinetic kina timepiece, a wood-fired penguin, flying seagulls and a retro-computer game, of sorts. 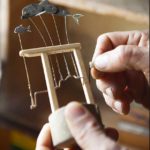 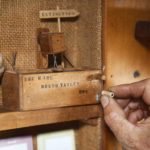 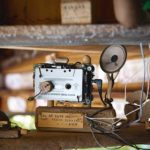 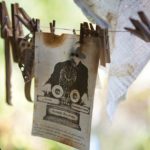 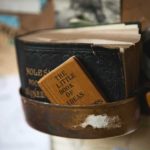 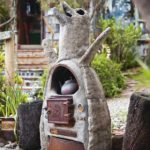 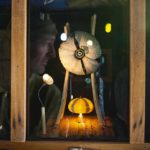 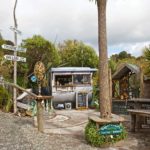 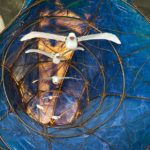 The smaller pieces are housed in what was an old Leyland bus. It was parked up on the property 14 years ago and has since morphed into a hippyish house-truck with a lean-to workshop where the organic mechanic can usually be found, peering through watchmakers’ glasses, twisting wires and connecting gears to gizmos that all do something surprising. 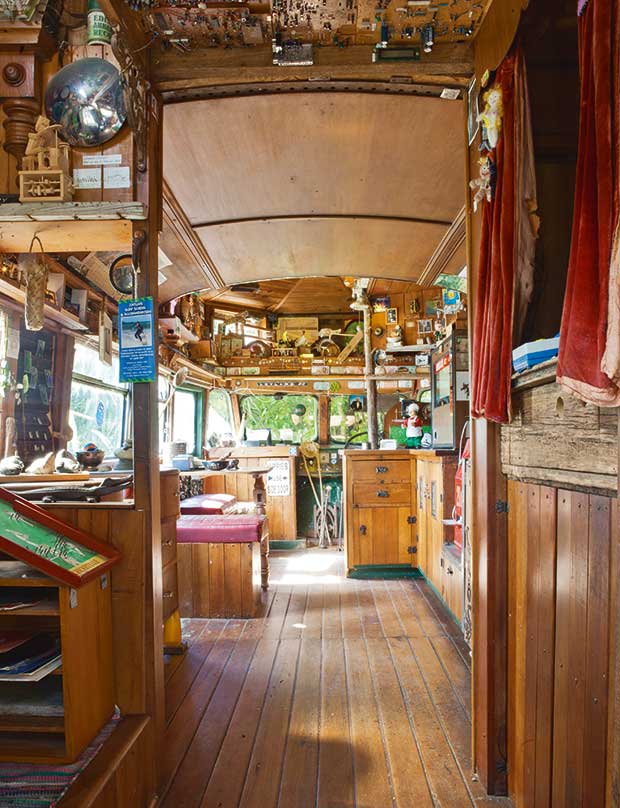 Flick a switch and the little Train of Thought completes a circuit, sparking reactions as it goes round and round at head height. And that’s just the start. There are switches, buttons and knobs everywhere in the bus and everything works, except for one game which carries the apologetic sign: Malfunctioning (Made in Australia). 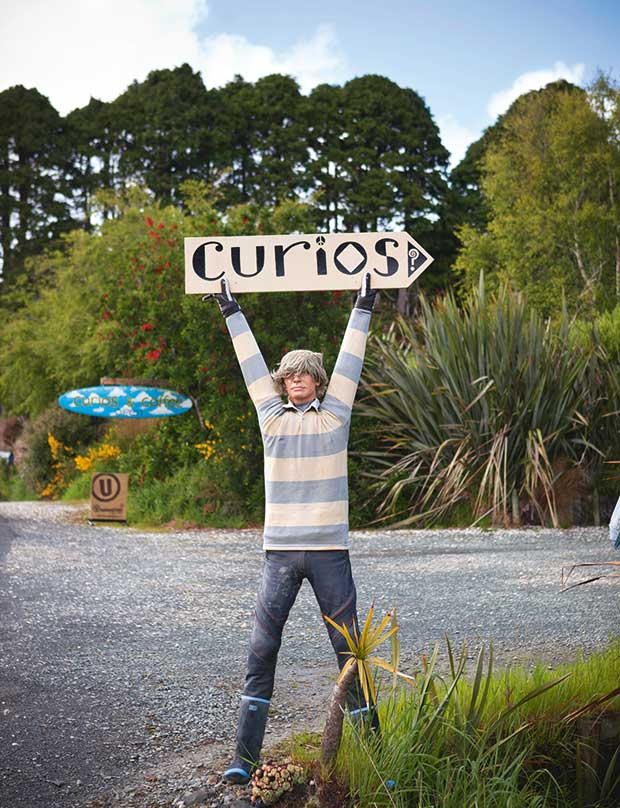 Now the bus is full, new automators have been installed in the courtyard, up the hill and inside The Winding Thoughts Theatre (of Sorts) where wit meets art and invention on a much bigger scale. 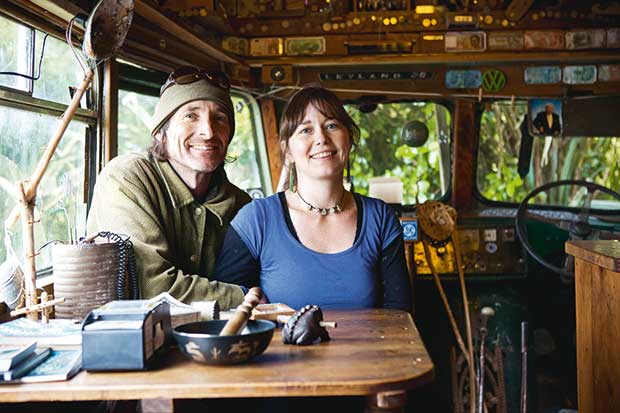 Blair’s partner Rachel Rees is in charge of the coffee caravan and the only person allowed to press the buttons on the gadget that makes the espresso.

There’s a piano with keys pegged to random contraptions, tin tentacles that emerge from the bushes, an illogical rain checker and a sign marked Private, beyond which lies the rusty treasure of an artist collector – the obsolete objects that some might call junk.