Inside the Dunedin’s Robert Lord Writers Cottage, the small home where writers get big ideas Since 2003, writers have been invited to a tiny brick cottage just off Dunedin’s main street to tap away at whatever they need to get down on paper.

On a narrow street in a medium-sized city is a small house where writers stay for a short time to work on their big ideas.

The Robert Lord Writers Cottage, in the heart of Dunedin’s student quarter, has hosted more than 60 writers over the 16 years it’s offered a residency, courtesy of Playmarket – the organisation Robert Lord co-founded – and the trust that administers his former home.

The one-bedroom brick worker’s cottage was home to playwright Robert when he returned to New Zealand in 1987 to take up the University of Otago’s Robert Burns Fellowship. Born in Rotorua, he’d spent the previous 13 years writing in New York, and lived but five years in his new house before he died in 1992, aged 46. On his passing, he left provision to nurture other writers, offering them a place to work uninterrupted and rent-free. 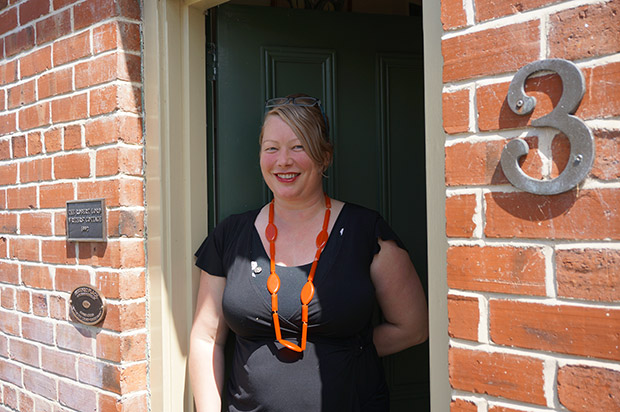 Rochelle Savage is able to write in solitude at the Robert Lord Writers Cottage.

Virginia Woolf famously said what a woman needs to write is “a room of one’s own and £500”.

If that’s the case, Rochelle Savage is enormously grateful for at least half of that prescription. Although the Robert Lord residency doesn’t offer a stipend, the invitation to stay and work alone presented a rare opportunity for this mum of two from Amberley, Canterbury.

“Before I had children, I predominantly earned my living by writing and acting, working in television and doing radio plays,” she says. “But having had children, you lose the energy for yourself. Fitting in the logistics of birthday parties, sports and all the other things kids need, as well as working as an instructional designer for CORE Education, it occupies all your headspace.”

More stories you might like:
A second life in Central Otago: A promising equestrian turns to knitting and sewing after a major spinal injury 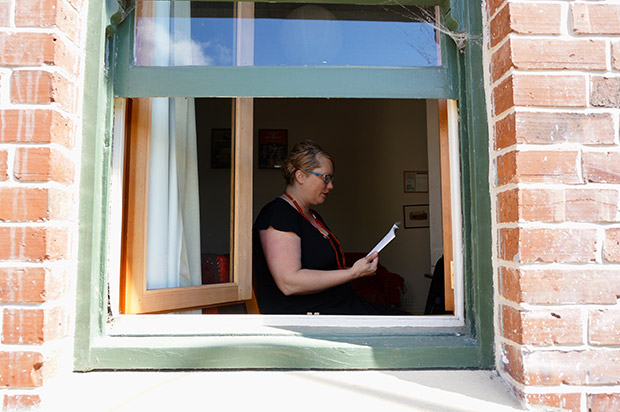 “Now the kids are a bit older – 11 and 13 – I’ve got a burning desire to get back into writing,” Rochelle continues. “Having the Robert Lord residency has simply allowed me the space to do that. As soon as I wake up in Robert’s old bedroom – he was ‘Bob’ to his friends – I’m able to start solving my characters’ problems. I can stay in their worlds because I don’t have to dip back into real life.”

That means Rochelle can write until past midnight if she likes, or get up with the lark to pick up where she left off. “It’s because no one will disturb me,” she says. “At home, I have to say to the kids, ‘Don’t come in unless the house is burning down’, but even then, they’ll be pushing notes under the door. It’s such a privilege to have this space to write uninterrupted.”

Residencies usually run for three and six months, but with her other commitments, Rochelle took the house for a mere two weeks. In true mother style, she’s probably produced twice as much in half the time. 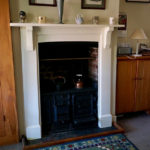 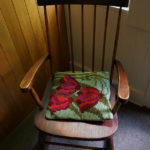 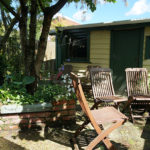 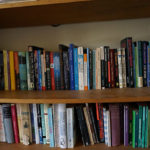 “I estimate I’ve written about 50,000 words while I’ve been here,” she says. “That’s not all from scratch, as I’ve been reworking a play and also writing a novel. I’m never going to be a person who writes an hour before work every day. I can only write when I get away from all my other commitments – but then I can create a lot of output.”

The cottage has been left just as it was when Robert Lord died, so as well as providing respite from everyday life, there’s the feeling of slipping into someone else’s. The furniture is all his; the coverings on the sofa and the cushions were crocheted by his mother and the playbills framed on the walls chart his literary life. There’s his first play It Isn’t Cricket, his better-known plays Joyful and Triumphant and Well Hung, and Country Cops. “It’s really inspiring to see all these playbills, and I know some of the people in them, so that connection is really cool,” says Rochelle.

“I don’t know how tall he was, but the notes to the house say he was unusually tall, so you often find things in high places,” says Rochelle. “This I remembered only after searching for ages on my first night to find the kitchen light switch. I finally found it way up high.” 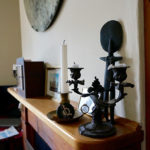 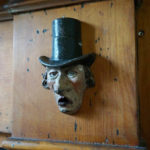 Following her short stay, Rochelle slipped back into her own life, as so many other writers have before her. She’s surely grateful for her stay, however short.

“I loved being here,” she says. “I felt a bit like I was staying at the house of a kind, generous friend of a friend who had gone away and let me stay so I could write. I’m incredibly grateful, as there’s no way I could have achieved the amount of writing I’ve achieved had I not come to Robert Lord’s house.”