When his daughter struggles to read a traditional clock, Jim reflects on how time never stands still with technology.

I see it as a curiosity, and perhaps a parental failing, that the youngest can’t tell the time on a traditional clock.
There are two analogue clocks in our house, however, she sees no need to learn to read them as she has a digital wristwatch, a digital alarm clock and a phone with yet another clock. She’s not alone in this view.
New Zealand teachers recently noted students can’t tell the time the “old fashioned way” and I am sure New Zealand is not the only country in which this is the case.
Nicola Hewitt, the acting principal at St Joseph’s School in Nelson suggested to stuff.co.nz children were “on the back foot” when it came to telling time. That’s an old-fashioned view on things, and one I’ll readily admit being guilty of too. 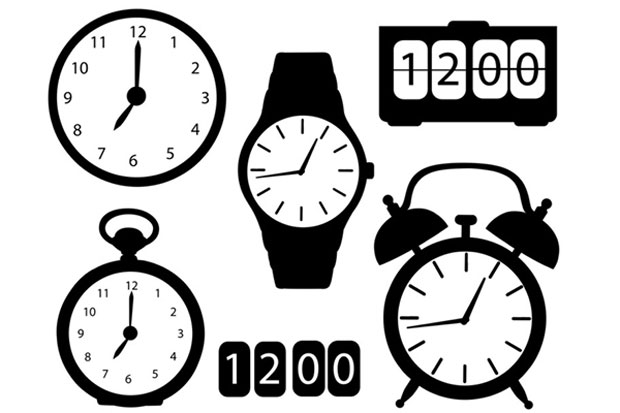 I want the girls to be able to write, add, spell and understand grammar without the help of a calculator, autocorrect or an app that does for their grammar what autotune does for their singing.
Perhaps I’m swimming against the technology tide because the same stuff.co.nz story said children as young as five were learning computer coding. So it’s not really time to bust-out the worry beads. It’s just another example of something, in this case, a hands clock, becoming obsolete.
In our rapidly changing world technology advances so quickly sometimes what is “new” becomes “old” within a year.
Televisions are a good example. As we gear up for a rugby World Cup that can be streamed to televisions – provided they aren’t any older than 2016.
Older than that and you’ll need gizmos and gadgets to “cast” the stream to your television. No, don’t ask me.
Consider what has come and gone in the last 20 years. CDs were all the rage as were DVDs, both replacing tape, and then Apple music came along only to be overtaken by Spotify.
With music so easily available online, we no longer have a stereo or listen to the radio at home, instead, the girls make playlists like we used to make compilation tapes.
Television viewing is seldom consumed live with the likes of Netflix and the various ‘on demand’ services allowing us to view when we want. No need
to dash to the toilet, or quickly make a cuppa during the ad breaks. Push pause and pee at your leisure.
With four laptops in the house, the downside to that is that we seldom watch anything as a family. And those cursed phones – one of the greatest inventions but equally a pain in the backside – means we can all be together yet communicating with someone else.
Smartphones mean the landline has gone and with texting so prevalent, even phone calls are disappearing. I’ve noticed the girls are happier texting their friends than calling them for a conversation. It’s bizarre but then I’m old.
When I worked at the Dominion Post newspaper many years ago, the eldest asked if she could use my work laptop to do a school project.
I suggested it wasn’t suitable, as I’d only ever used it to write stories, email them and browse websites.
“No Dad,” the then five-year-old said, “you’re being silly.” With that, she clicked away opening up a world of programs I’d no idea lurked in my computer’s software.
With our watches and phones, we can now track where we are, how far we have travelled and, if we want, how quickly.
The youngest loaded our phones with a locator app so we each know where other family members are. It’s great for me to know where the girls are but, at various times, I’ve turned off my location app to preserve a modicum of privacy.
Mysteriously, it keeps being turned back on, and recently when I picked up the youngest from a friend’s house out in the country she suggested I’d been speeding on my way there.
I protested but she’d taken a screenshot and it proved her point.
“It’s because I wanted to get there on time,” I suggested, weakly.
“But Dad, you’re 15 minutes early,” she said, pointing to the digital clock on her phone.
Where’s an old hands clock when you need one.