When Jim’s daughter gets a boyfriend, he hopes her beau is as unromantic as he used to be.

Valentine’s Day is traditionally ignored in our house but that could change this year with the youngest professing to have a boyfriend.

This despite that fact we’ve told her that she’s too young to be worrying about such things and that it’s better to have lots of mates – boys and girls.

I feel like King Canute. She is relentless, not so much in her pursuit of a beau but with her delight in winding me up about her interest in boys and – apparently – their interest in her.

There was a lad who, on the last day of school, presented her with a necklace. It was discarded as quickly as he was. 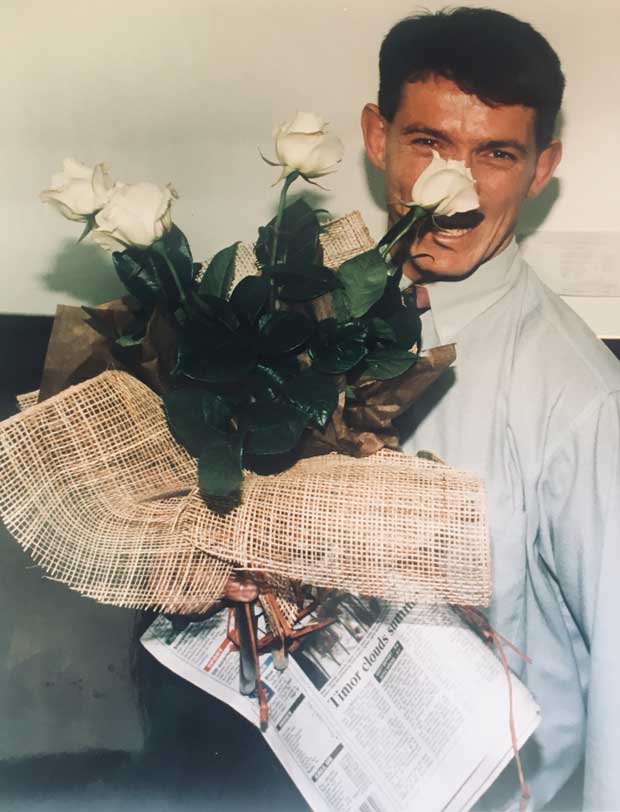 Another lad has popped up on the scene but his parents, who we know, are as strict as we are so that’s a bud that is yet to bloom.

But I sense a shift in our lives, a change in the easy dynamic of the family.

Some (ok, my sisters) would call this karma, especially as I spent much of my teenage life desiring one or other of their friends, with very little success.

One of my sister’s netball teammates was so diligent in her refusal to return my phone calls she earned the nickname Kelly No-Phone within our family.

There were more spectacular failures than that but, as a happily married man, I won’t detail them all here.

But as a Dad to daughters, there is a measure of comfort in knowing, from my own experience, that most lads are clueless when it comes to romance.

It took a mate to introduce me to my wife and after I once took her go-karting for our anniversary, it is little surprise that she has led the way with all things romance in the years since.

Sometimes, though, there has been mischief added to the mix. She once took great delight in sending me flowers while I was at work at Wellington’s Evening Post newspaper.

We married on February 12 (19 years ago so I’m doing something right) and have dismissed the massively commercialised day of love that comes two days after our anniversary as irrelevant to us.

It seems I’m not alone in being useless in romance, especially on Cupid’s day. A study done last year found that of the 1,600 Kiwis surveyed, 96 percent said that women care more than men about Valentine’s Day and 84 percent said men were expected to put in more effort.

The survey also found we’d prefer to keep things cheap. More than 50 percent of respondents said they preferred spending quality time with their loved one than getting a gift. And another 26 percent said they’d rather do nice things for their partner than buy trinkets.

Perhaps that’s because Valentine’s Day is such an expensive business. In the US, $24 billion was spent on the day of love last year – 36 million boxes of heart-shaped boxes of chocolates were sold. Floral and card sales follow closely behind that of Mother’s Day and Christmas.

It’s also reported that men spend twice as much as women on Valentine’s Day but also that 18 percent of women in the US in 2015 sent flowers to themselves!

Money, or lack of it, is keeping the youngest in check this Valentine’s Day. When I quizzed her on plans for Valentine’s Day she admitted she wasn’t sure. She had no money for gifts and that her “boyfriend” was in the same boat.

“We are broke, you won’t support us, so we are not going to do anything.”