Jim’s cringey efforts to use the latest lingo provide amusement to his teenage daughters.

She looked over at my text and hit the roof.
“Dad, did you really just write lol?”
I had, I couldn’t deny it, and I was unsure what the problem was.
“It’s just too try-hard,” she said
Why? Are these new-ish ways of communicating reserved just for the young? Had I crossed some boundary I wasn’t aware of?
Apparently so.
“It’s just…” she said with a shake of her worldly 12-year-old head.
Bravely, I ventured further. So if it’s not cool for me to lol, what about Mum? That was met with raucous laughter. Sorry love, I guess you’re banned too.
My lol moment had been in response to the other daughter ridiculing school after she’d come top in physics, apparently – and which kid doesn’t think this – in spite of the best intentions of her teacher.
“Remind me again what school is doing?” she asked via text, claiming full credit for her almost perfect score. 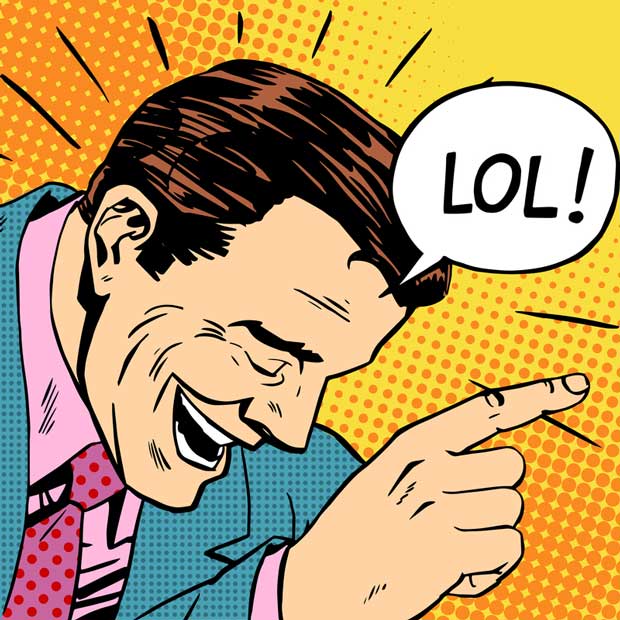 As she is good at science I suggested she was learning through osmosis, then I lolled (is it double “l” or lol’d? I’ll have to check with the youngest.)
What’s of more concern though, is that I now have to add urban slang to the list of things parents must to avoid so as not to look “try-hard”.
There are plenty of things already on the banned list.
Kissing my wife tops the list, followed by any affectionate nicknames. This applies at home as well as in public.
And anything above the simplest form of affection from either parent to our daughters in public, especially at netball or surf, is forbidden.
It is simply not cool to have mum or dad show that they love you when your mates are around.
I can sort of understand.
I was twice humiliated playing rugby. Once when Mum came onto the field to check how badly I’d been hurt when I had – apparently – been down for a while.
That produced an immediate and miraculous cure.
And once, after a particularly good tackle near the sideline, my eldest sister admonished me for being “a bit rough”, as if it’s a gentle sport.
And there were lots of time through my early teens when I knew it was better for Mum not to be there. Thankfully she was a busy woman.
I can well remember misleading Mum (ok, ok, I lied) about the time school discos finished so she wasn’t waiting outside when we all poured out of the hall.
I asked the eldest daughter the other day what I was like around her mates. “I’m pretty good eh,” I suggested, because I genuinely believe it.
“Keep telling yourself that,” she said with a cheeky smile. 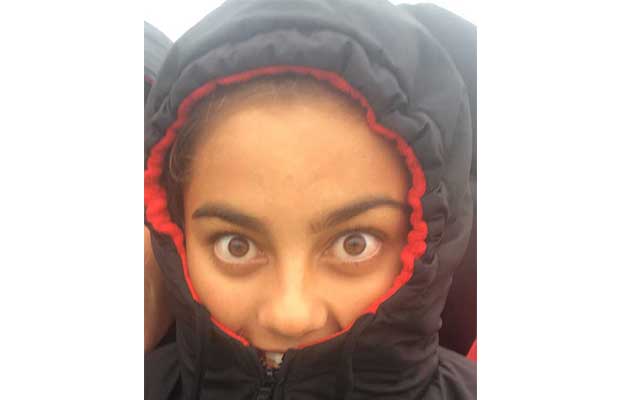 Social media is, of course, a bit of a minefield and most parents will feel the wrath of their children in the years to come for the pics we post of our kids.
During the surf life saving nationals in Gisborne I posted a photo of my eldest rugged up on a bitterly cold day. It made it onto the SLSNZ page.
It got a lot of likes, but I got little love from my daughter.
I shouldn’t be surprised that I’m at odds with the youngest in regards to social behaviour.
Her arrival into this world had me at odds with her mum.
As my wife was going through labour, I thought she’d want a cool, damp cloth on her forehead.
“Don’t touch me,” she instructed.
So I offered words of encouragement. “Stop talking,” she stammered.
When I strayed toward the foot of the bed, I was summoned back. “Stand back there,” she growled.
“Maybe I’ll step out for a few minutes,” I offered.
“No,” she almost shrieked, before calming and refocusing. “Don’t leave.”
So I stood there, out of sight, silent and with my hands safely in my pockets.
Is there an emoji for that?