Jim Kayes’ Blog: Out of pocket


Jim’s daughters get increasingly inventive for tapping into the Bank of Mum and Dad.

The girls are inventive at finding ways of fleecing me and, if I’m honest, at times I sit back and simply admire their ingenuity.

The youngest and I were walking to our friends’ house where she was going to babysitting their infant son. She’d not babysat for them before so we were chatting about what she expected to be paid and what others on the babysitting circuit pay.

Mandy, the mum, is a tennis coach and as my daughter wants to learn I suggested she offer to babysit for free in return for tennis lessons. That was quickly rejected.

“Why would I do that Dad when she can pay me to babysit and you can pay for my tennis lessons?”

She had a point. Getting fleeced by the girls is nothing new – the eldest is an expert. Recently she pitched the idea that she should drive my ute to kayak training to save fuel in her car, but at the same time I was going to fill her car up.

She also reckoned I should pay for a parking ticket she’d incurred at the woefully inadequate bus station park and ride because I was the one who made her bus to school. It was such an audacious move that I almost agreed.

A series of text messages to her mum and I explaining why she shouldn’t have a part-time job over summer was less convincing.

It was her last summer before university next year, and therefore her last chance to party with her school mates even though two of those friends she hopes to share a hostel with at university. 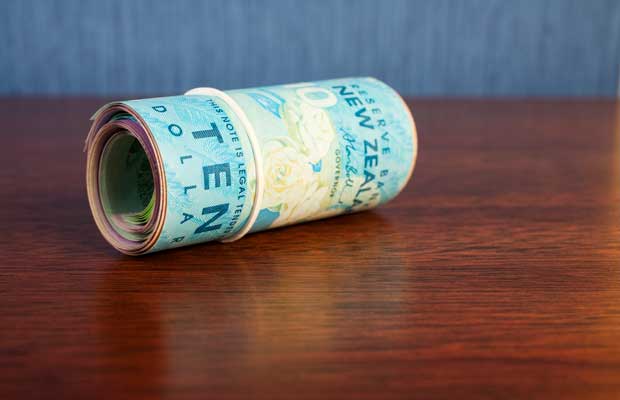 “Going to Hot Water Beach and Whangamata with my mates for New Years. Woohoo,” one of the texts said.

“Woohoo,” my witty wife replied, “you must have lots of money.”

I stayed quiet because I knew what was coming. She was bubbling with excitement when we chatted about it. The summer months ahead were laid out as she explained where she and her friends were going.

That, she admitted, was a ‘road bump’. When I asked how she’d pay for small things like food, she turned back to the Bank of Mum and Dad. When she’s at home, she noted, she was fed so surely while she was away we would still cover the cost of her food.

I reckon she’s learnt from my younger sister. She cleaned our big brother’s room for $5 and any money she found lying on the floor. He didn’t carry a wallet and, as cash was king in those days, she’d usually be in luck. One day she was caught shaking his jeans upside down in hope – money on the floor and was technically part of her payment.

The youngest has the clever strategy of separately asking both of us for money and seeing who coughs up. She considers who she will pitch her poverty plea to, depending on what it is she “needs” the money for, and who might be the softer target. Recently she revealed we have both, unwittingly, paid for the same thing on occasion.

The morning after the babysitting gig the youngest asked if she could get a new top from our surf lifesaving club.

I asked how much she’d been paid the previous night, knowing it was $35.

So I asked who she thought would pay for those. “I’ll ask mum,” she said, giggling.