Jim Kayes’ Blog: The leftover Easter egg in the cupboard

There is a large Easter Egg still in its box in the cupboard above the stove. It gets in the way a bit, but there’s no way the girls or I will move it and we are not stupid enough to eat it.
It’s my wife’s and she is notorious for storing such items for long periods. It baffles me. Each Christmas she gives me a box of scorched almonds and they are gone by lunch.
How can they not? Eat one and you really must have five and so it begins.
Yet she is able to leave chocolate in the cupboard for months. It taunts me, teases me and slowly drives me insane to the point where I eat it and then try to claim I know nothing about what happened to it.
This never ends well. 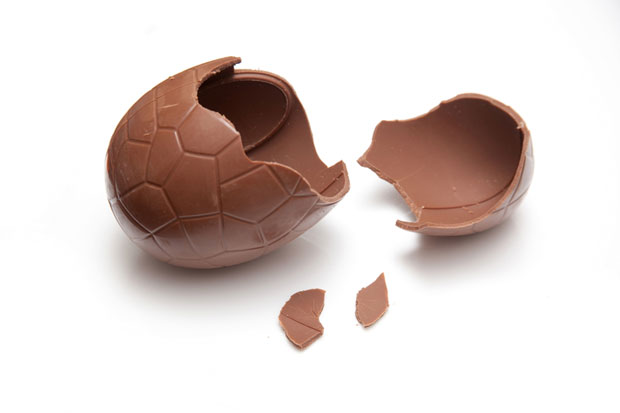 For some reason my wife thinks food is bought to be to kept, to be preserved and to last.
She is often shocked at the speed at which food is consumed and can be heard muttering “I only bought that the other day”. I blame the girls.
Mum was the same, though to be fair there were so many of us most food groups were on the endangered list the moment they were carried into the house.
We bought potatoes by the old hessian sack and they came caked in dirt and were a nightmare to peel. We also had one of the milkman’s crates and would regularly get 10 bottles.
Mum was good at cooking big meals that were tasty and her mince and veggie mix was such a favourite with a mate of mine he’d take a serving home and try to hide it from his flatmates to eat the next day.
She was also a great baker, and her scones on a Sunday often drew a crowd. Oven tray after oven tray would be slipped onto a large plate for us to devour with jam and cream – and there were never, ever, left overs.
One summer she rented a bach in Whananaki and we each took at least one mate, which meant there were a fair few of us to feed. She baked a chocolate cake in a large oven dish thinking it would be good for a few servings.
It disappeared in the first round leaving Mum accusing us of being greedy till we all did the math.
Food in our family is usually a social event whether it be a hangi on my wife’s side or a BBQ lunch with my side. Either way there is a lot to cook and only dirty dishes to worry about afterwards.
With girls I know we have got off relatively easily because though they have healthy appetites, they don’t have the hollow legs I had.
Boys inhale food. One of my sisters has four kids and three of them are huge lads. Once she woke her husband at about 1am worried there was a burglar in the house.
He crept down the corridor with a cricket bat in hand and burst into the kitchen swinging it in the air. His startled sons looked up from their mountainous plates of weetbix, asking what was wrong.
I can sympathise. I was always hungry as a teenager.
It’s hard to believe now, but I can remember at Mum’s 60th how an old neighbour couldn’t believe my size, remarking that I was a runt as a kid.
I know I need to be careful about what I eat now, but to be honest, self restraint is a distant dream.
The girls play to this.The eldest has a superb group of mates and they often sleep-over at our place, especially during summer.
I tease them that they only eat food beginning with P because it seems they live on a diet of pizza, popcorn and pancakes – but I’m happy to help them polish off the pancakes.
A few days ago the youngest was given the all-clear by the wonderful surgeons at Starship Hospital to return to all active duties. It was just under four months since the operation to repair her Achilles – well ahead of schedule. She decided we should ceinlebrate. “Lets get Maccas,” she said.
I began to say no but who was I kidding.