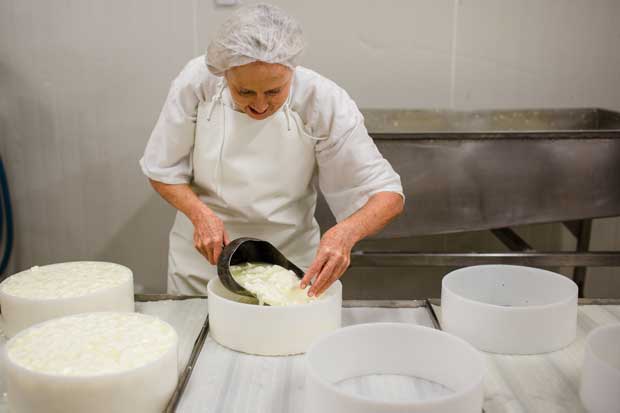 Sitting on my tuffet has never appealed until last weekend when I made cheese at the Whitestone Cheese factory in Oamaru. Now, I am content to await upon that low footstool (a tuffet) for the curds of my Whitestone Lindis Pass Brie to mature so I can eat it. The whey, by the way, went by the wayside to local porkers who are the regular recipients of Whitestone whey. 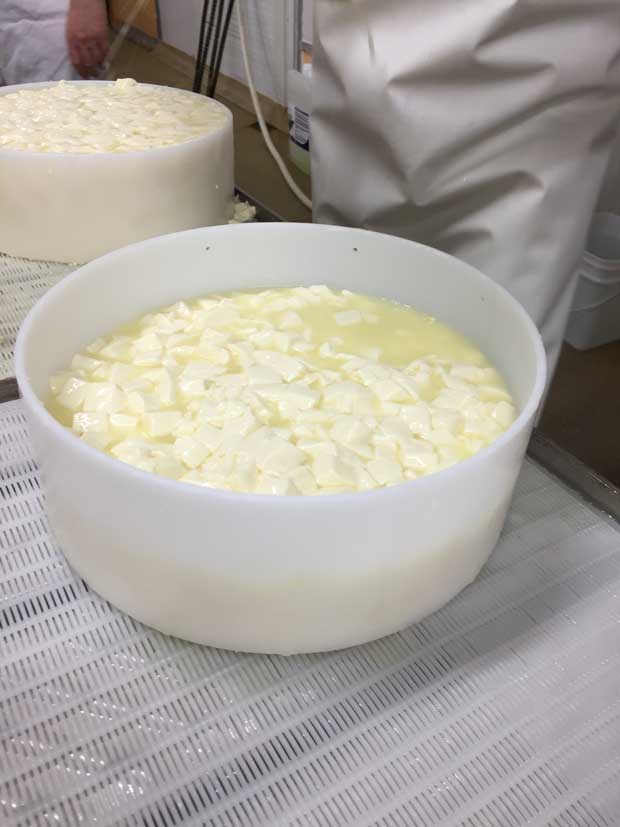 The curds are what count in the world of fine cheese and curds have built this business since founders Bob and Sue Berry decided to diversify the output of their Oamaru farm three decades ago. Whitestone, among our finest cheesemakers, is celebrating 30 years of business and generously invited keen supporters to try making cheese.

Oohhh, the process was so tactile. A vat of milk, with some cream added, had come from happy cows grazing the limestone hills of north Otago the day before, and was resting at blood temperature with a vegetarian rennet added. I was allowed to push my hand into the warm milk to test the ‘split”. This was only after I’d been sanitized, hairneted and adorned in white smock and matching gumboots (beyond pride), and rubbed bug-killing solutions a gazillion times on my hands. This since I’d crossed ‘the red line” where all germs MUST STOP in a quality cheese making facility. 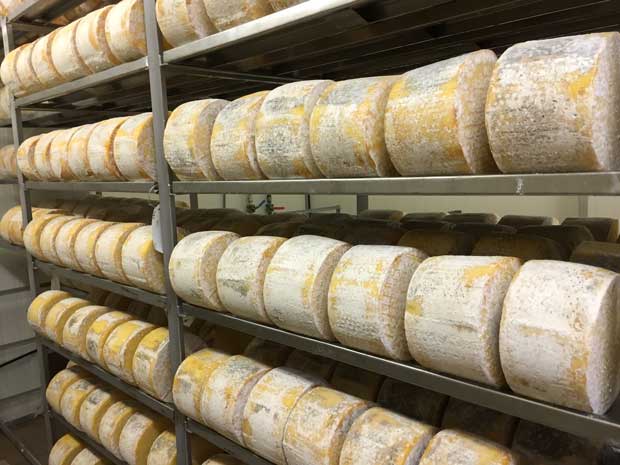 Whitestone Vintage Windsor Blue in the aging room where it spends 6 months.

I cared not a jot for my looks as I was channelling Great-Grandfather Brownlie (an admired forebear) who, in the early 1900s, was the factory manager and cheesemaker at Barry’s Bay near Akaroa. Sepia photos of James Brownlie standing at vast vats of milk show him wearing a white apron over his jacket and sporting a fine handle-bar mustache but no hair net. His daughters, my great-aunts Jessie, Nancy and Eva and my grandmother Jeannie knew what a good cheese was. They were very dismissive about tasteless cheddar often complaining about the “modernization” of the NZ dairy industry muttering “this is not cheese.” Whitestone Windsor Blue develops during the aging process after it has been inoculated with the mould which makes it so special.

The process (beyond sanitization and hair netting) has little changed. And that’s the glory of the whole thing. It’s all about the quality of the milk (sweet when it comes off limestone grasses) and the calm of the cheese maker. Did I crash and bash my curds? Did I ruin my cheese with the wrong bacteria?
I do hope not as my very-own 2kg Brie is to wing its way to me in just 8 weeks – after it’s been gently turned many times (to remove moisture), brined and then sealed in a way that preserves its magic and mystery.
Cheese is a mysterious thing and I’ll never again mindlessly wolf it down without a thought for all the delicate processes that must come together in order for it to exist.
And, the generosity of the Berry family knew no bounds when they shared the secret family recipe for cheese rolls served at their onsite cafe and cheese shop, 3 Torridge Street, Oamaru, 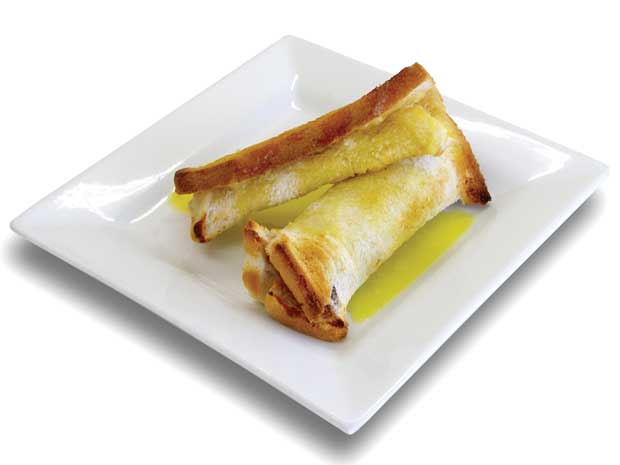 Pre-heat oven to 200 C. Combine all filling ingredients in a mixing bowl. Spread approximately 20g over white bread. Roll bread to a cheese roll. Roll with a rolling pin to seal. Spread butter over top surface. Place in oven for 5-7 minutes until golden brown. Remove from oven and generously spread on butter