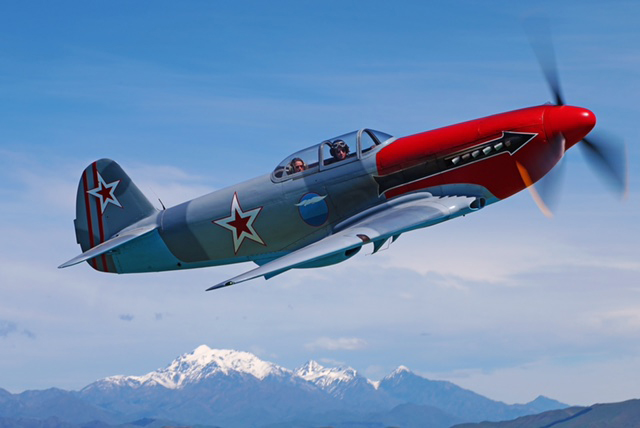 Graeme Frew flies fast, ridiculously close to the ground and with up to nine other aircraft around him jostling for space and room to overtake.
It’s not quite bumper cars in the air, but it’s as close as it gets in what’s known as uncooperative formation flying.
“There is an element of danger,” says Graeme, 55, “the family are a little bit on edge about it”.
In September, at the 54th National Championship Air Races above Reno in Nevada, Graeme hopes to push his Yak-3 World War II era Soviet fighter plane to about 600km an hour. 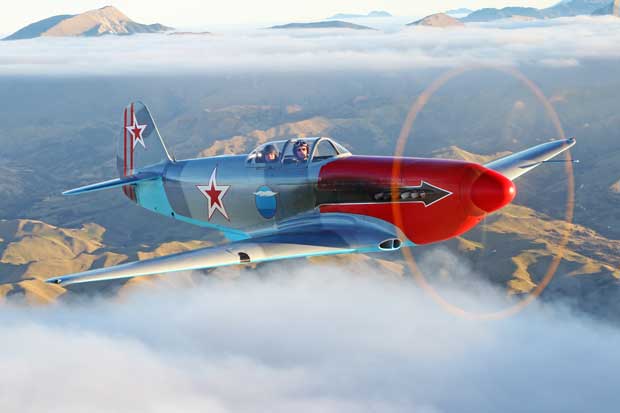 Graeme flying his Yak -3 in the Awatere Valley.

He’ll have the Yak’s throttle open for the full eight laps of the eight-mile race (64 miles in total), hoping for a finish below 10 minutes knowing that other planes, such as the Mustang, will finish in about eight minutes.

“They’ll go past me like I’m going backwards,” Graeme says who hopes to win the silver class race and maybe push into the bottom of the gold class. 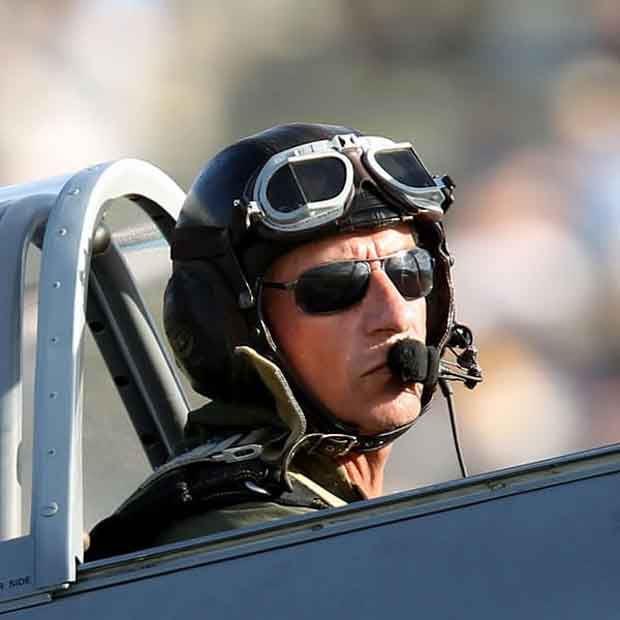 It will be the culmination of a life-long dream for Graeme who, as a lad growing up in Whanganui, spent many hours building plastic model planes and daydreaming about being a pilot.
He’s not sure from where he gets this passion for flying.
“It’s not in the family. I have a brother who has a plane and another who loves Warbirds but loathes flying. As a kid, I used to dream about the Battle of Britain, and I didn’t want to stay in school any longer than I needed to.”
He left after the fifth form to join the Air Force as an engineer knowing he would be a pilot.
His first plane, a Nanchang Chinese trainer aircraft, whetted his appetite for something faster, something that would test his skills as a pilot.
When he saw an advertisement for the Yak-3, which had been wrecked in a take-off accident in 1999, he knew he’d found the plane he truly wanted.
“I was at the stage where I wanted something high performance and I made the fatal mistake of going to see it. I could see the potential in it, especially if we added a second seat for joy riding.”

Graeme won’t say how much money he has poured into the Yak but admits it is more than $1 million which makes her “cheaper than a Mustang or Spitfire”. “I got her for a good price.”
But that price soon ballooned as anyone who has done home renovations or rebuilt a car knows.
“A lot more needed to be done than I’d realised and like any restoration or renovation, it takes longer and costs more than you’d budgeted for.”

Sharing space with the amazing time capsule Avro Anson. Good practice for formation but not so much for flying fast. #fullnoise35 #marlborough #warbird #instaaviation #aviationphoto #aviation

But it’s been worth it.

The Yak was rebuilt over four years by Marlborough aircraft engineer Jay McIntyre and has been dressed up as a homage to Burt Munro, the Kiwi who set a world land speed record at Bonneville in Utah, in 1967.
The Yak has the same race number as Munro’s Indian motorbike and is in the same font and colour, Graeme saying Munro’s Kiwi ingenuity has been inspiring.
“He built that engine effectively in his shed and rocked up to Bonneville unknown and unannounced to take on the world, and some of his records still stand.”
Graeme is hoping to the do the same in the plane he’s dubbed Full Noise.
“The Yak is the best handling and best performing of all the fighter planes. The big question is how fast will she go and I don’t have the answer to that yet.” 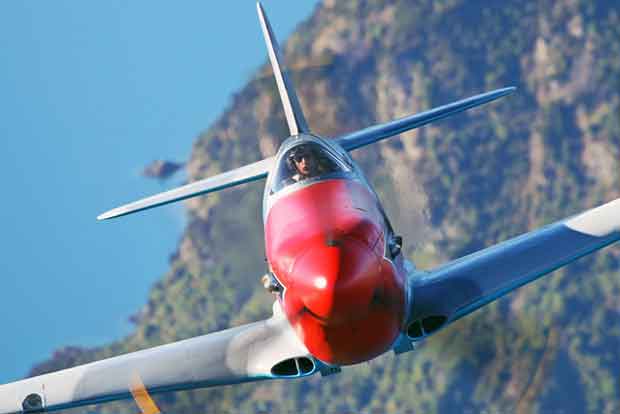 He’s confident he will reach at least 560km per hour during the four days of racing. “But I think I’ll go faster than that. I don’t see why I can’t go past 600km per hour.”
So just how fast is that? Well, Graeme says a V8 supercar will do about 200km per hour at the great Bathurst race in Australia. “I’ll be going three times as fast, about 30 metres off the ground with the G-force of a Formula One car.”

Thanks Leanne at @vanillahayes for our new logo. #fullnoise35 has the same race number as Burt Monro’s #worldsfastestindian . The number forms the centre of the logo while the red stars are from the Yak-3 and of course the wings pull it all together. Very cool tee shirts are on their way… #renoairraces #instaaviation #yak3 #aviationworld #raceteamuniform #RaceOn17

And he will have others flying almost wingtip to wingtip with him as the flyers circle the course turning left, hoping to overtake on the right.
“You don’t want to get caught behind or below someone,” says Graeme, who now lives in Auckland. This is what makes his family a little nervous. “They trust me to be safe and I’m pretty fond of my own skin.”
But he won’t be holding back. This is, after all, what he’s dreamed about all his life.