Legends of Leigh: This couple has been protecting Goat Island for more than 20 years The sea, land and people reward this couple — in more ways than one — for their years of dedication to the Matakana Coast.

As a teenager, Tony Enderby occasionally ate red moki for breakfast. In the 1960s, after failing to spear a snapper or kingfish around Goat Island — the crème de la crème for a young spearfisher — red moki was a tasty enough consolation.

These days, Tony continues to patrol the same waters but not exactly for breakfast. It’s Monday morning when he and wife Jenny catch a group of anglers illegally casting off the beach at Cape Rodney-Okakari Point Marine Reserve, otherwise known as Goat Island. As honorary marine reserve rangers, it’s their job to teach visitors the rules and, in rare instances, call on the police for backup. These Leigh residents have been helping the Department of Conservation for more than 20 years. 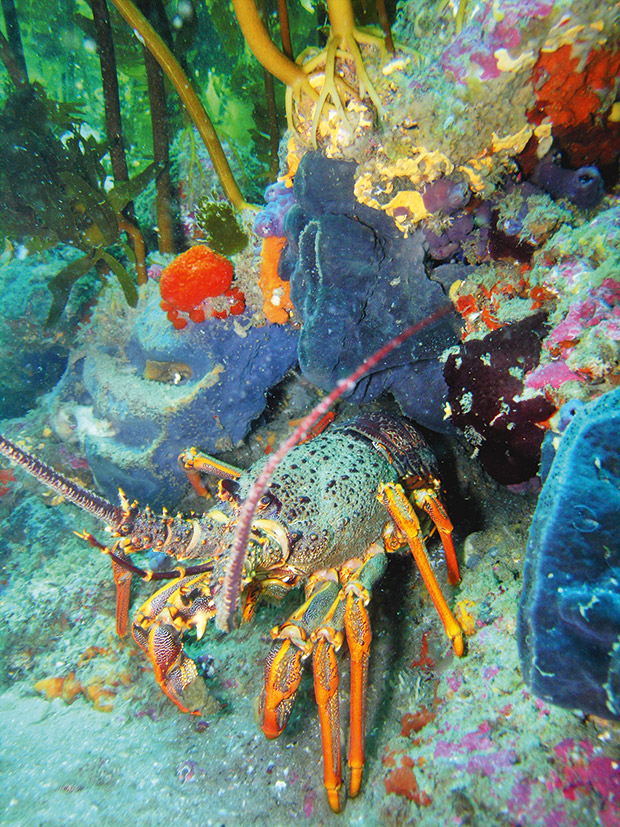 For Tony, the tides have certainly changed since the no-take rules were established in 1975. “It’s ironic because the dive club I belonged to actually opposed the marine reserve,” says Tony. “It wasn’t until years later that we realized the decline in larger red moki came from fishermen such as us.”

The Enderbys are used to going to great lengths and, quite literally, depths. The couple, who moved from Auckland to Leigh for the marine reserve, has been scuba diving and snorkeling for decades. Thousands of hours (and photos) in the deep blue inspired them to protect the delicate ecosystem for future generations. “When you learn more about marine life, you want to protect it,” says Jenny.

Says Tony: “You’d like to think your grandchildren’s grandchildren will be able to enjoy it down the track. A lot has gone downhill since I was a kid. We’re starting to see a little reversal, but unless that continues, we could lose a lot of species.” 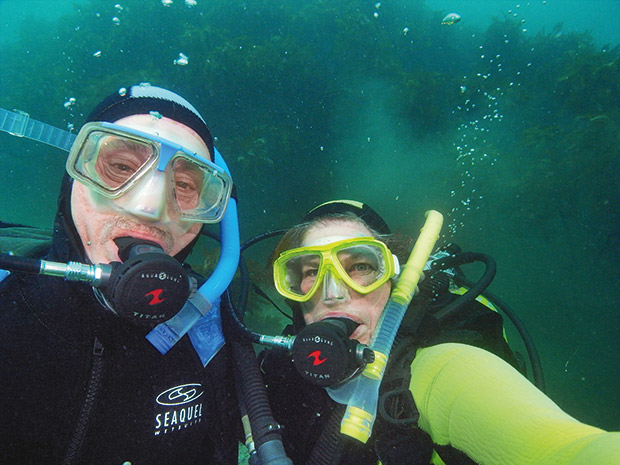 In the 1990s, the couple’s underwater photography (initially with a shared 35mm camera) led to writing and photography commissions for magazines, newspapers and books. Diving trips around the country eventually gave them the material (and clout) to co-author several books, including Lonely Planet’s Guide to Diving and Snorkelling New Zealand.

Are they retired? “Sort of,” says Tony. It took them a good decade to wrap up their various contracts and obligations, ranging from writing and guiding gigs to their snorkeling business, Discover Goat Island.

That’s not to say the Enderbys are lounging about in their golden years. Tony, who’s also a volunteer firefighter, was snapped up for a leadership role at the Tāwharanui Open Sanctuary (where they’ve volunteered since its inception). And when Jenny isn’t patrolling the marine reserve, she runs the Leigh Penguin Project, an initiative from the Warkworth branch of Forest & Bird. 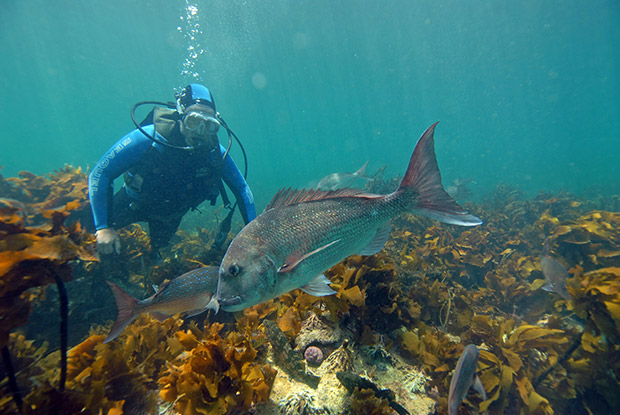 “I’m not sure how these things happen,” says Jenny. “They just do.”

Snorkeling around Goat Island continues to remind them of how far the ecosystem has come. Tony points to the giant boarfish, a dappled species that used to lurk at least 25 metres deep. “We’re now seeing them in the shallows, where they must’ve once been before people were spearing and catching them. We can only assume changes like that mean we’ve had an impact.”