Learn how to make a  zesty distillation of this aromatic herb.

A hydrosol is the product of the gentle distillation of aromatic plants in water using a copper alembic pot still. The heat of the water softens the cells, releasing the constituents of the plant into the water. The parts that are water soluble and the highly volatile micro molecules of essential oils are caught in the vapour. The hot steam rises and all matter drops out as it spirals in the minaret dome of the still. It travels along a pipe to a coil in a condenser bucket that has cold running water flowing through it where it cools and becomes a liquid again.

Hydrosols contain all the therapeutic qualities of both the plant itself through its water-soluble properties and the therapeutic properties of the essential oils which are present in the hydrosol in tiny micro-drops. They can be absorbed by the skin, in the gut or through mucous membranes.
Hydrosols are easy to make and can be used in a variety of ways. Most are also appropriate for everyone, including the highly sensitive, elderly and the young.
• Add 30ml to a litre of water for a therapeutic refreshing drink;
• Use externally as eardrops, nose drops, eyewash, douche or suppository;
• Use as an active ingredient in the aqueous part of creams, shampoos and skin tonics;
• Add to a bath, foot bath or compress;
• Topically for direct application to affected or infected skin or cuts, scratches, or other injuries;
• As a beverage or cooking ingredient;
• In the home as a cleaning aid, or bug repellent, room freshener or linen spray. 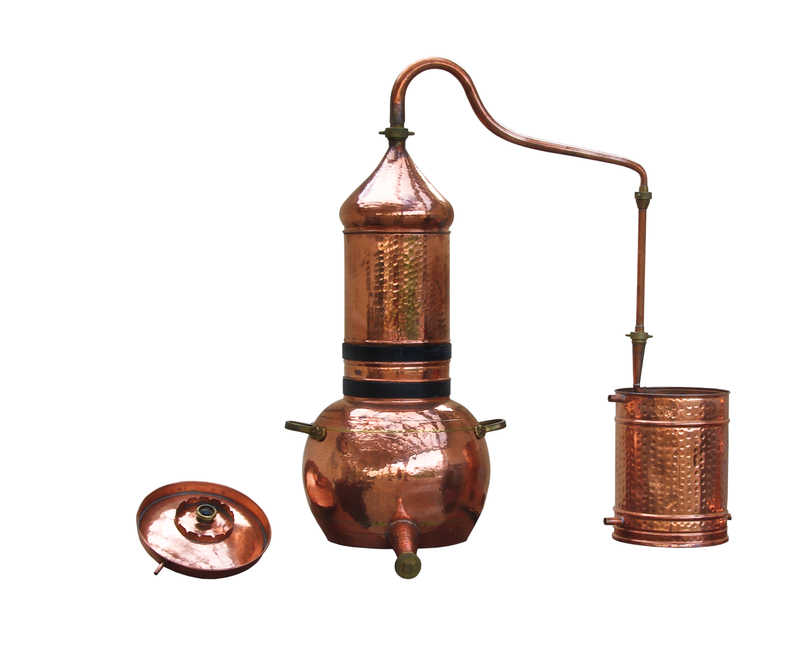 HOW TO MAKE HYDROSOLS
I use a rosemary hydrosol daily. After showering I spritz my hair, face and underarms, and my teeth are cleaned with a quick spray in the mouth. I only ever use it as part of my morning routine, what I call “daily self-care and maintenance”.
Why does this work for me? Rosemary is considered to be an anti-oxidant and a circulatory stimulant. It promotes healthy shiny hair, tones normal to oily skin, helps relieve chest tightness and congestion, eases muscular pain, is a mild diuretic, stimulates digestion, and has a tonic effect on the nervous system.

I also mist it over a leg of lamb before it arrives at the table or add it to a herb risotto at the last minute.
There is a neglected uncultivated hedge of rosemary that grows vigorously on a steep northern-facing rocky hillside looking out to sea near our house. It is swept by the prevailing salty wind and receives the full arc of the sun. It makes me think of the workers in Tunisia, lugging steel drums on their donkeys and backs, heading up the hillsides to harvest rosemary and then carrying it home to distil it in barrels over open fires.
Thankfully for me it’s just a short stroll up the hill to harvest it, giving thanks and blessings to the rosemary, then a quick walk home to set up my still.

EQUIPMENT YOU WILL NEED