Water, a precious resource, is at its most pristine in a spring-fed stream chuckling its way through the heart of Wanaka

The Wanaka Basin Cardrona Gravel Aquifer, located  between Lake Wanaka, the Upper Clutha River/Mata-Au, the Criffel Range and Mount  Roy, is responsible for the flow of Bullock Creek through the heart of Wanaka township.

Traveling underground towards Wanaka for some kilometres, it rises to the surface in a swampy section covered in overgrown willows. At the low end of the section, a drain transports the water under a road, and then it miraculously appears on the other side as the fully formed, beautiful, gurgling crystal clear stream that is Bullock Creek.

As it meanders through some of the oldest properties in Wanaka, residents have taken it upon themselves to landscape and beautify the surroundings.

The residents’ interest has resulted in what was once a drain being transformed into a beautiful water feature. The pride and joy that people derive from it is evident in the effort many put into the paths, rockeries and bridges and plantings. The enjoyment of clear, clean, fresh water is not only enjoyed by people but also birds and aquatic life.

Big, healthy brown and rainbow trout have made the creek their home along with many and varied species of birds, with ducks being the  most conspicuous.

Towards the township’s central business district, civic and commercial properties and public spaces have all been landscaped and planted imaginatively along the stream’s course. Finally, as the bouncing waters meet the massive calm of Lake Wanaka, its journey ends as it tumbles under a troll bridge next to the children’s playground, close to a spring that the locals often use to fill their water bottles.

The water in Wanaka is wonderful. 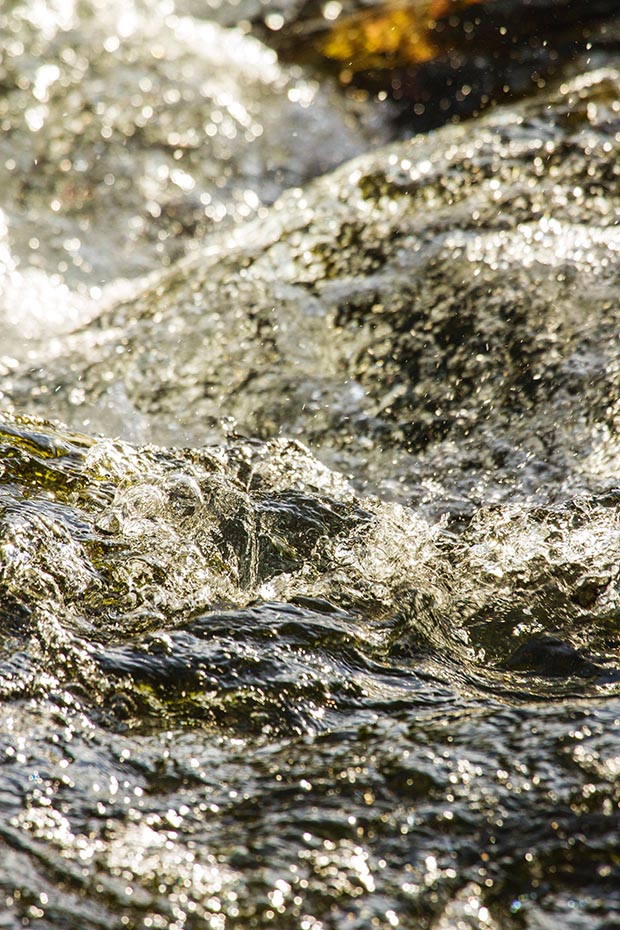 BULLOCK CREEK;
Is a storybook brook, home to rainbow and brown trout and bringing joy to those who share its banks along a meandering two-kilometre course through central Wanaka before entering the lake. 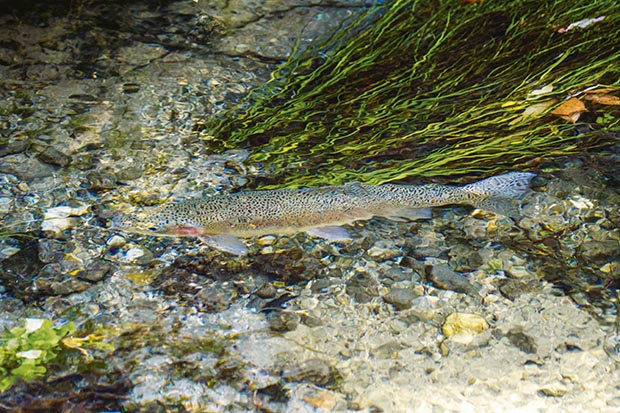 Originally, it was the town’s water supply, and tests show it has virtually no contaminants.

Today it is protected from fishing and close to the hearts of many locals. Lynley Chave, the manager of The Pines Resort, says overseas visitors cannot believe how beautiful and clear the water is.

“They love seeing and feeding the ducks, ducklings and trout in the stream. The water is so calming, peaceful, and healing.” She says visitors enjoy sitting by the stream to read or just watch as it passes them by. Richard and Lyn Kane’s home is by the spring that feeds a tributary of Bullock Creek, and they’ve had the water tested for their use.

Stuart Landsborough believes in keeping the stream weed-free as it flows through his garden. 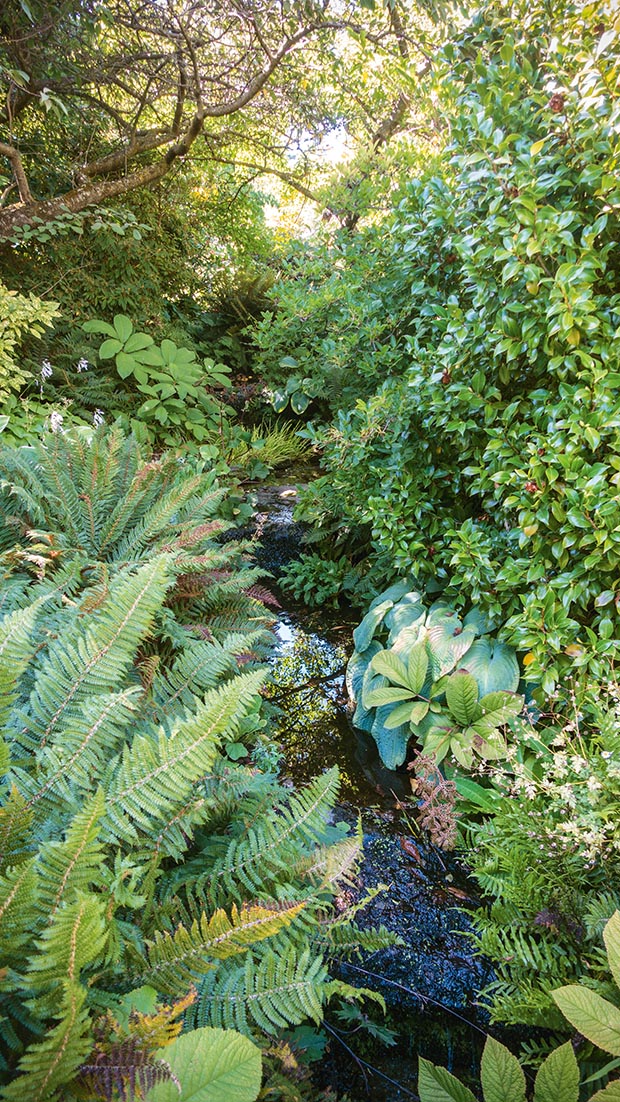 Pat Stuart, who with her husband Keith developed the much-loved Wanaka Garden in Helwick Street, has put a sculpture in the creek. It is her diamond wedding anniversary present to Keith.

Despite the rapid growth of the Wanaka population in the past few years and fast-rising property prices, as well as high interest from tourists, Bullock Creek bubbles along apparently unperturbed.

THE LOCALS
Locals, living on its banks and who have observed its habits over the decades, say the stream does not flood because it is spring-fed and unaffected by run-off or snow-melt. The springs emerge in 2.5 hectares of densely overgrown bush behind the old hatchery buildings in Stone Street, owned by Otago Fish & Game. 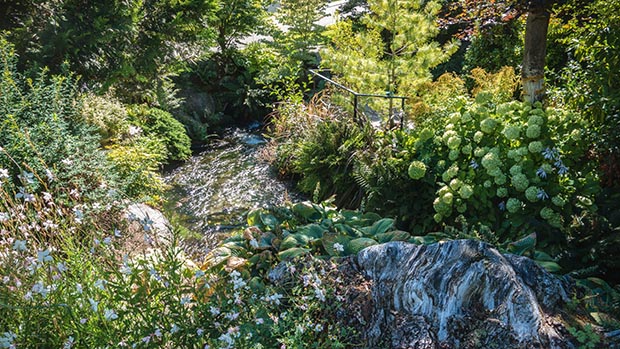 Fish & Game has partnered with The Upper Clutha Tracks Trust, the Corrections Department, Te Kakano Aotearoa Trust and community groups to restore these wetland areas and create a pathway from Stone Street through to a new subdivision being developed above the site. 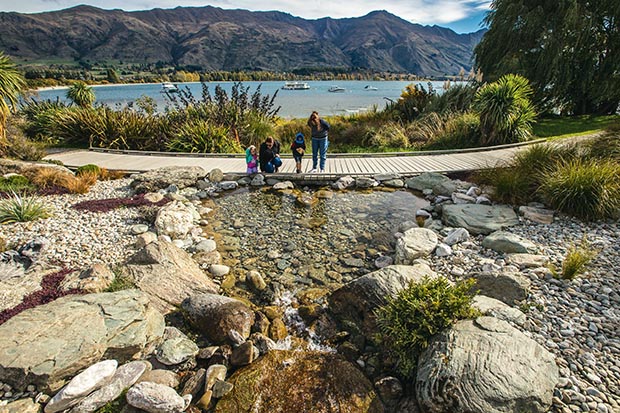 Te Kakano has a vision of connecting communities to the land, and by revitalizing the wetlands, they hope the creek will remain protected as Wanaka grows around it.

The many people who love and listen to the stream all agree that the song it sings is a message to us all: Care for the water.