The couple’s block was planted out by the previous owners. They had bought it when they were 75, and sold it aged 91 to Jude and Brent because they were the ‘right people’.

Two management consultants have exchanged the corporate world for a country life dedicated to sharing the joy of mushrooms.

“It was absolutely gorgeous,” says Brent. “The people who owned this property before us bought it when they were 75. He was 91 when he sold it, and they spent all that time planting trees. Jude and I feel honoured to carry on their legacy and to build something special on this unique property.”

The couple sells oyster and shiitake mushrooms at several farmers’ markets around the lower North Island. It’s just over an hour’s drive to the four markets where they sell direct to customers most weeks. 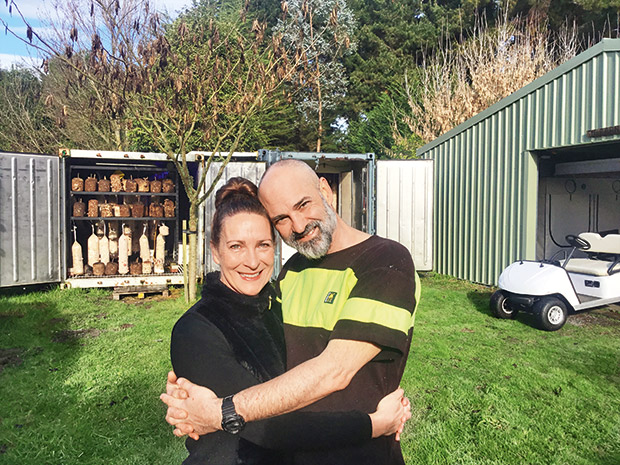 It’s a significant change from their old lives. Jude was a professional cellist, and Brent worked in publishing. They eventually began working together in business management consulting in Melbourne. When they came back to NZ, they continued the same work.

But each night, Jude would come home looking miserable. “Our vision was to be semi off-grid, to live sustainably,” says Brent. “And at some point, I got the idea of a business growing mushrooms. I was having a conversation with a friend about the incredible nature of fungi, and it got me thinking, does anyone grow them in NZ? I did a bit of research and saw that we could and that there weren’t really a lot of people doing it. In terms of a market, it was really uncontested.”

More stories you might like:
5 ways to check if your firewood is dry enough ahead of cool weather

The original plan was to sell wholesale to supermarkets and the hospitality industry, but that changed when they started selling at their local farmers’ market. “We just loved the experience so much, and we can get the price we’re looking for, we’re not having to discount. We usually sell them by the tray, and it’s about 180g on a tray for $10.” 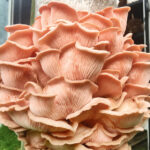 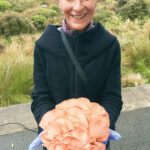 Brent says they carefully designed a streamlined, efficient production process. Everything they grow uses the same substrate and climate conditions. He’s experimenting with growing different mushroom varieties, but they’ll only pass into production if they fit his system’s parameters.

The mushrooms grow in two ‘reefer’ (refrigerated) shipping containers lined in stainless steel and with a 100mm-thick layer of insulation. “I wanted a business we could lift and shift, pack it up and go,” says Brent. “That was one of the criteria when we weren’t sure where we were going to live. 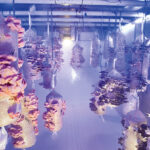 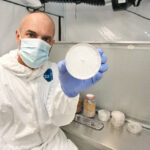 “It’s a very small footprint. They require very little water or looking after, and we’re not dependent on soil or rainfall or sunshine hours. I could be just as easily doing this in the middle of a city in an empty space, or out here on a beautiful lifestyle property.”

Their age was also a factor. “We’re both in our mid-50s, and it’s fairly easy work, so it’s something we can physically keep doing right up until we decide we’re not going to.” Most of the year, they grow 60kg of fresh mushrooms every week, falling to about 25kg in winter. “I want to minimise waste, so when our sales go down in winter, I scale it down. 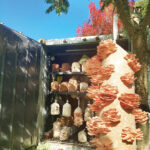 The mushrooms grow in reefer shipping containers which are insulated, and lined with stainless steel. 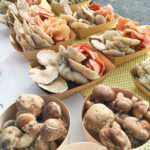 “More importantly, we want to maintain our price point. If we grow too much, I’d have to discount it too much to move it, and I’m very focused on profitability.” Brent and Jude’s research revealed a growing international trend for gourmet mushrooms. One big customer base is millennials interested in sustainability, who want to make ethical food choices, and perhaps even go vegan.

“There’s a lot of people at home watching Masterchef, and one of the winning dishes was oyster mushrooms. We really appeal to people who are rediscovering the kitchen and wanting to work with exciting new ingredients, so it’s tapping into a lot of different trends.” 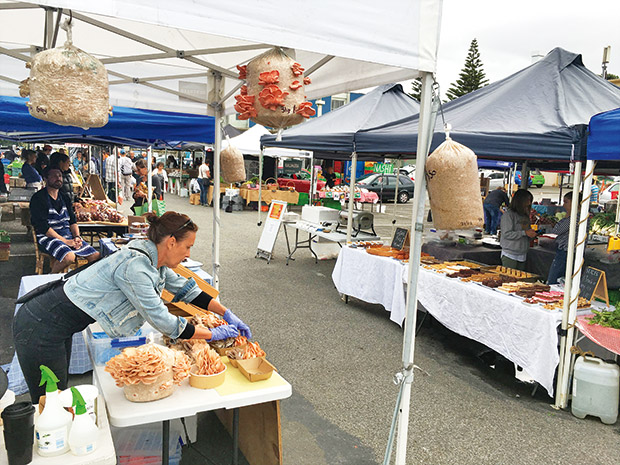 Jude setting up at one of the four markets they attend.

They’re even converting the fungi phobic. Brent’s observation is it’s descendants of the British Isles who are the most cautious as they don’t traditionally eat a lot of fungi.

“Nothing gives us more pleasure than when we have a person with a lifelong dislike of mushrooms, we give them a sample to taste at the market, and they love it. We have a little barbecue, and we fry them in coconut oil or rice bran oil. They’re a lot of fun to cook with, and especially the pink ones which take on a bacon flavour profile.”

They also sell mushroom growing kits and had their best-ever monthly sales during the level-4 lockdown in 2020. “We already had a website, so I just got our shopping cart cranking and put ads on Facebook,” says Brent. “We shipped 1.5 tonnes of our mini mushroom farms, so we were busier than ever in lockdown.” 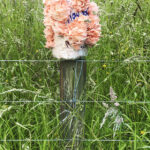 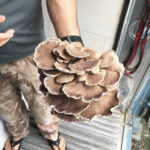 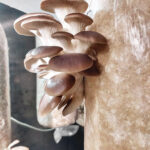 In the last 18 months, Brent has connected with other small-scale mushroom growers. They chat in a Facebook group about the challenges they face. “It’s kind of how I roll,” he says. “I don’t see other mushroom growers as competitors. I just see that there’s more opportunity for us together to grow the market, to expand, to give people a great experience with mushrooms.”

Brent says he and Jude also don’t see themselves as mushroom growers. “We see ourselves as providing joy. The experience people have with us is how we measure our success. If people come to us and want to know more, I want to share my time. If people are going to grow (mushrooms), I want to see them all producing high-quality products.”

The change from corporate to country has been thoroughly enjoyable, says Brent, and he has to think hard about a drawback. “Our biggest challenge?” he ponders. “Getting up at 5am on a Sunday (to go to markets), that’s pretty challenging. We’re city people, and the country hours are a little tough.”