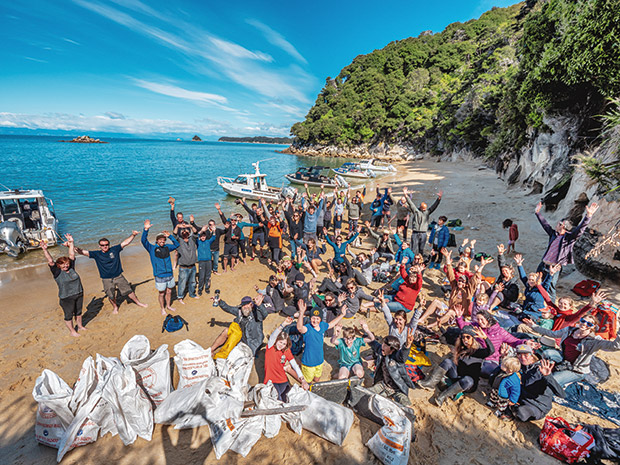 A Nelson-Tasman conservation group encourages its youngest generation to love and protect a 120-kilometre coastline.

Tyres, soiled t-shirts, waste oil containers and broken wine bottles littered the seafloor at Abel Tasman National Park. In one day in 2013, Stew Robertson and a team of divers found debris more fitting of a revelrous party than a world-famous coastline, pulling up 750 kilogrammes of rubbish.

That got Stew (owner of Abel Tasman Eco Tours) thinking: “The world is starting to realize its resources are finite. It’s starting to reach a tipping point; if we don’t start looking after it, there will be nothing left,” he says.

In 2017, Stew and a group of friends launched the Tasman Bay Guardians as a not-for-profit extension of the tour company. He already felt passionate about protecting Tasman Bay, the 120-kilometre stretch of coastline on the northern tip of the South Island. The charity trust was his way of inspiring others to feel – and do – the same.

“There are environmental issues that detract from the health of Tasman Bay,” he says. “I started thinking about how we could remediate those issues and work with the community positively.”

The Tasman Bay Guardians are now able to use three aquatic strategies, developed by the Mountains to Sea Conservation Trust in Northland, with students in their Nelson-Tasman region. The national hands-on programmes teach children about marine, freshwater and stormwater conservation. 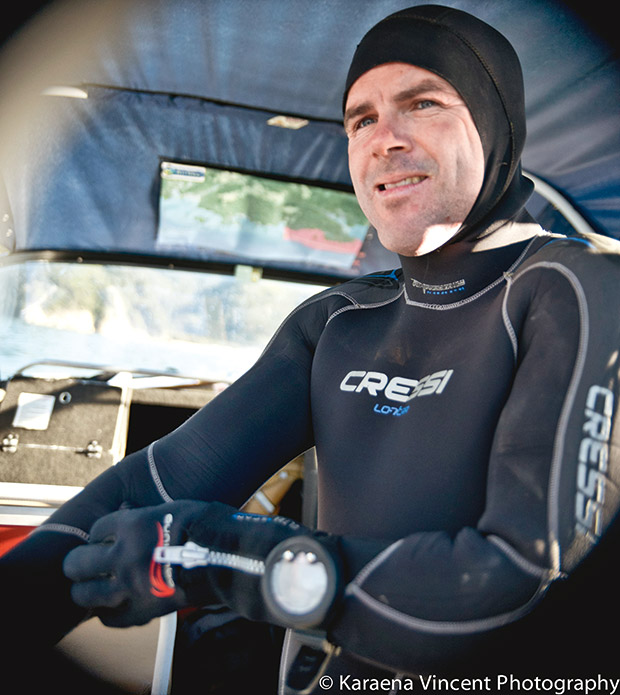 Stew Robertson doing what he does best.

Students learn while getting their hands dirty; they splish-splash in streams, collect freshwater samples and snorkel in marine reserves. When a child notices the lack of fish in the ocean or tests the pH of a local stream, says Stew, it can initiate a domino effect for their community.

More stories you might like:
A bach-y makeover: A family transforms its West Coast bach into a bright ode to the past

“Getting kids to do something tangible gives them a passion for marine life. The idea is for children to bring those values back to their families.”

Stew hopes that children learn to love and protect the entire 4000 square kilometres of Tasman Bay, just as he has. “I’ve always been captivated by the sea. When I started studying marine biology, it blew my mind how fragile the ocean is. It made me more thoughtful about what we can do to turn things around.”

The “guardians” have also supported more than 45 beach clean-ups along Tasman Bay. Last year, one such event attracted 65 volunteers through word-of-mouth alone. And Stew’s latest project, the Abel Tasman Tree Collective, has funded a native plant nursery and seen more than 2500 native trees planted in and around the national park.

For Stew, there’s much more work to be done. His mental checklist for Tasman Bay includes a call for more marine reserves, restoring the seafloor and changing the local relationship with the ocean. “Imagine if people got enjoyment from life in the sea, rather than what they take from the sea,” he says.

STEW’S TIPS TO MAKE A DIFFERENCE

Limit your catch; don’t catch your limit. “There has been a massive shift in perspectives on the environment, but there’s much work to be done yet. People still fish in the marine reserves, and some people still take too much fish.”

Only rain should go down the drain. “Stormwater doesn’t go through wastewater treatment. It goes directly into the sea so everything you flick onto the ground will end up in the ocean.”

Support marine education. Charity trusts run programmes such as Experiencing Marine Reserves, Whitebait Connection and Drains to Harbour across New Zealand but rely on donations and businesses to make them affordable for schools.