Many plants, such as heirloom varieties, produce seeds that can be collected one year and sown the next, ensuring they are saved for future generations.

The best seeds to save are from open-pollinated and heirloom vegetables and ornamentals as these plants come ‘true to type’ when sown — that is, they produce seedlings identical to their parent.

The seeds from hybrids, on the other hand, will not. Seed packets that show a plant as ‘F1’ are hybrids, created by cross-breeding two varieties. And while last season’s hybrid tomato may have produced large, juicy fruit, its progeny may turn out to be tiny with straggly growth.

Self-pollinating plants rather than cross-pollinators are best for seed harvesting unless you keep cross-pollinators isolated from one another. Examples of self-pollinated plants include beans, peas, lettuce and tomatoes. Beetroot, carrots, kale, courgettes, cucumbers, pumpkins, squash, peppers, radishes, onions, eggplants and sweetcorn are types of cross-pollinators. 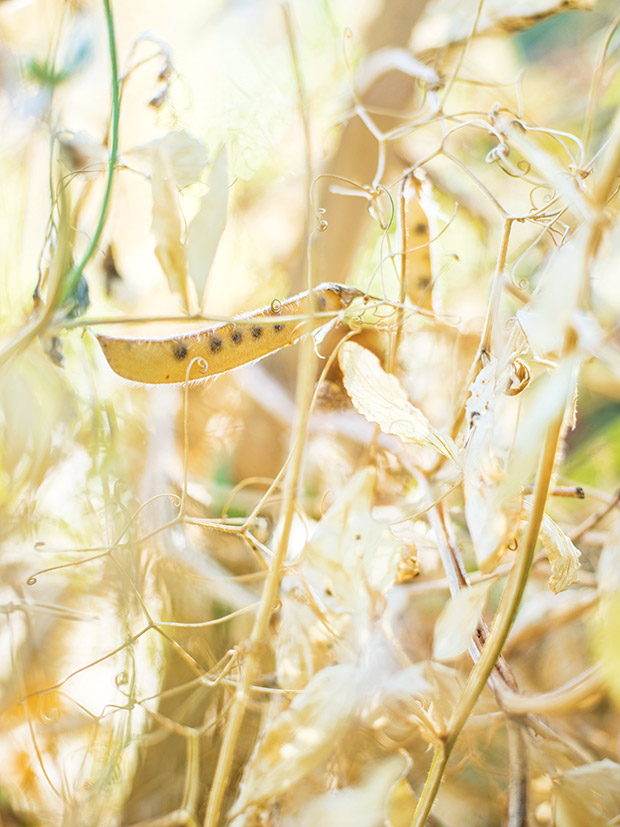 Plant only one variety if you wish to collect seeds for growing identical plants. Or plant them a distance apart. The distance required differs for each crop. For example, sweetcorn, which is wind-pollinated, should be sown about 150m away from another variety. On the other hand, cucumbers, which are insect-pollinated, need to be about 80m.

Seeds from tomatoes, beans and peas are easiest to collect, as are those from various herbs (including fennel, dill and coriander) and biennials such as carrots, onions, leeks, celery, beetroot and brassicas. But be aware that biennials produce their crop in the first year and flower and set seed in their second year. If you harvest the crop, there won’t be any seeds to collect the following year.

Choose plants that are vigorous and free from disease. Harvest dry seeds (those from seed heads that are already dry, e.g. fennel and coriander) when the seeds turn from green or white to brown or black.

When the bulk of the seeds have turned brown, snip off the seed head and place inside a paper bag, with the stem poking out. Leave the bag in a warm room for the seeds to fall out naturally. Once fallen, leave to dry for a couple of weeks before storing.

Wet seeds, such as tomato, eggplant and pumpkin, are harvested when the fruit is ripe. Scoop out the seeds, rinse under water and place on a paper towel to dry. When fully dry, the paper and seed can be stored. During sowing, you can plant both the paper and the seed.

Make sure seeds are completely dry before storing otherwise they may rot. When fully dry, store in an airtight container in a cool spot — heat kills seeds — labelling the containers with the plant’s name and when it was harvested. This is an extract from the autumn edition of Nadia: A Seasonal Journal. This quarterly publication offers on how to grow vegetables and fruit and how to cook for family and friends with homegrown and locally sourced produce.