Wynyard Quarter cement silos have become an animal graveyard in a haunting exhibition which is part of the Auckland Arts Festival.

Photographer and visual artist Rebecca Swan projects photos and videos of dead animals (including birds, rodents, stoats and insects) onto the silos in her Festival installation called The Exquisite Wound. 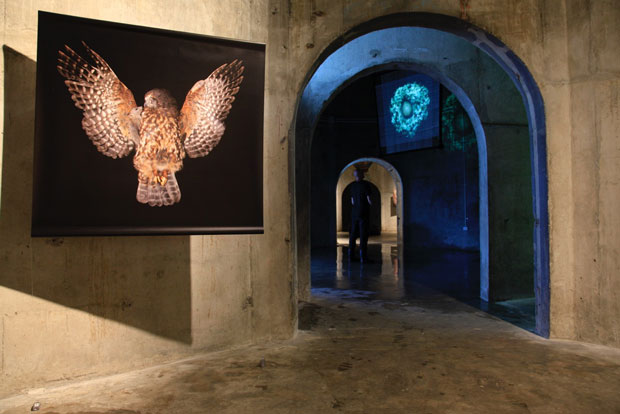 Rebecca says she wasn’t drawn to the morbid subject matter, rather the project ‘found her.’ Members of the public (including NZ LIFE & Leisure art director Yolanta Woldendorp) and the Point Chevalier Community Garden provided the deceased animals (found dead around Auckland city) for her to photograph.

“I think anything related to death can be viewed as morbid, but I don’t see this exhibition that way,” says Rebecca. 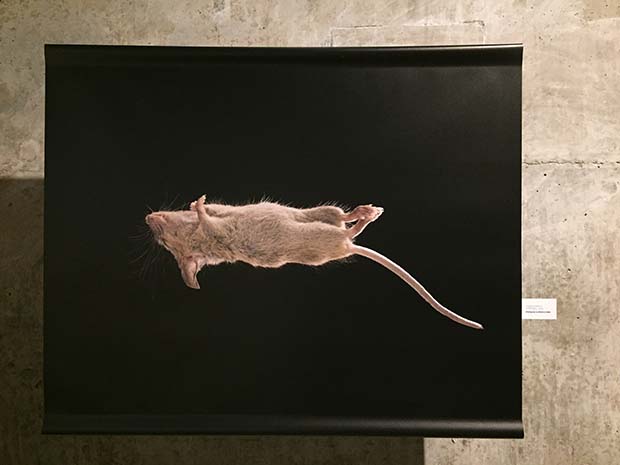 ‘Surrender Is Optional’ by Rebecca Swan.

Yolanta provided a possum, found dead on the road during a morning walk in Helensville last year, that appears in Becoming Sky 2017, an automated smoke bubble installation. In this work photographs of animals are projected onto smoke, giving the animals a ghostly quality.

“The smoke bubbles are playful and mesmerising, and they reflect the moment our physical container no longer holds us. I think this exhibition challenges society’s death-phobia,” says Rebecca. Rebecca Swan with her father Peter Swan with the artwork ‘Make Yourself At Home.’

The smoke bubble machine is a collaboration between Rebecca, illumination artist Peter Stoneham, scientist David Shillingham and Rebecca’s father Peter Swan, an engineer. Peter spent months sketching the concept with his daughter and based on their original drawings, the work was granted the S+ART 2016 award which recognises the collaboration between artists and science.
Peter also contributed to a still photograph called Make Yourself At Home by providing a dead dove he found on a golf course.

More stories you might like:
Nicole Barratt: How I went plastic-free for a month (it’s not as hard as you think – promise)

“I was on the 18th hole on the Waitemata Golf Course, and as I teed off I saw this object in the middle of the fairway, it was the gorgeous little dove lying in the grass. It was, unfortunately, dead but the way Rebecca has framed it, it is beautiful.” 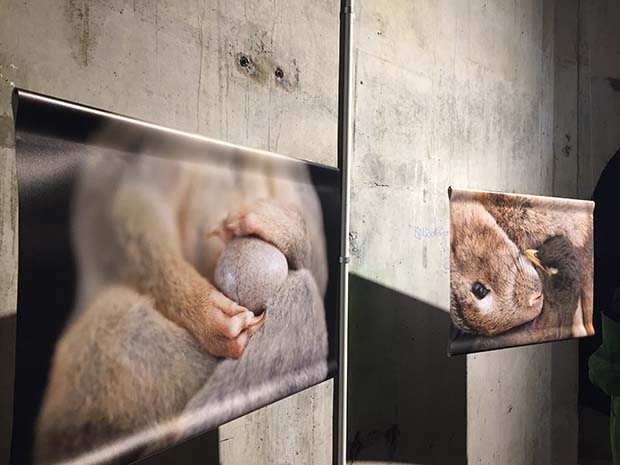 ‘We Can’t Know All That Holds Us’ and ‘It Doesn’t Matter Anymore’.

The exhibition moved to in the S+art Festival in Palmerston North, Te Manawa Museum of Art, Science and History , in 12 – 14 May 2017
www.startnewzealand.co.nz Rebecca standing with her works ‘Make Yourself At Home’ and ‘It’s Going to Be Alright’.

Rebecca Swan is an interdisciplinary artist who works predominantly with photography and video. Her work is personal in nature, drawing on her own experience and contextualising that within a social and cultural framework. Her work has engaged with a wide range of issues, from cancer, sexual orientation, gender diversity and spirituality. Read more here