Little River Estate cheese is made in a dedicated factory on Neudorf Rd, Upper Moutere.

This year’s New Zealand Champions of Cheese Awards recognise long-held favourites as well as newcomers among its 29 trophy recipients.

The trophies were awarded at a Gala Awards Dinner on 30 June 2022 and followed judging of more than 380 cheeses from across Aotearoa at Wintec in late February. Master Judge Jason Tarrant led a panel of 36 judges to assess the cheeses. 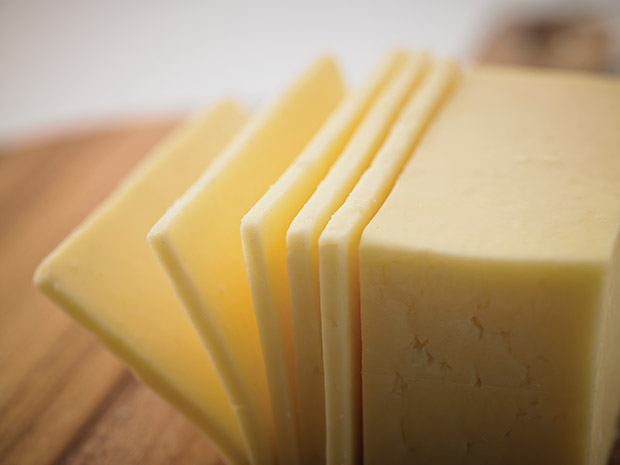 One of judges on the senior panel who assessed this award, Ross McCallum said “A superb cheese! An excellent example of a young cheddar with balanced flavour and body. It’s pleasing to see cheese of this quality from a large producer.”

Little River Estate, Little River Mt Richmond; New World Champion of Champion Cheese Award – Mid-sized. Little River Estate cheese is made in a dedicated factory on Neudorf Rd, Upper Moutere using Oaklands whole A2 milk. Little River does not use preservatives, fillers, thickeners, stabilizers, sweeteners or other unnecessary additives in any of their products. All products are hand-made using traditional methods with no compromise. This Spanish-style NZ Manchego sheep cheese is made at Hōhepa Hawke’s Bay and aged at least 12 months to develop its balanced flavour. Master Judge Jason Tarrant said “For a boutique producer to deliver such a high quality cheese shows our small scale industry is in great hands.”

Cathy Lang, Fonterra Co-operative Group; MilkTestNZ Champion Cheesemaker. Cathy, who has been a cheesemaker since 2005, is Lead Cheesemaker at Fonterra’s Bridge Street site in Eltham, Taranaki. Cathy is fascinated by cheesemaking which she describes as the perfect blend of science and creativity. Master Judge Jason Tarrant said; “Three fantastic cheeses showing the diverse skill of the Cheesemaker. Cathy (and her team) have produced three world-class cheeses that are still uniquely Kapiti. The Kahurangi Blue especially takes me back to a place in New Zealand where blue cheese history was once and continues to be made. Congratulations!”

Presenting the sustainability award the judges noted that not only did Hōhepa Hawke’s Bay have a positive impact on the environment by reducing emissions by downsizing its petrol and diesel fleet and moving to an electric quad bike they are having a positive impact on people through work with the disability community and support providing training, education and livelihood. Hōhepa Hawkes Bay won six medals in this year’s NZ Champions of Cheese Awards 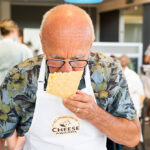 A panel of 36 judges assessed more than 380 cheeses. 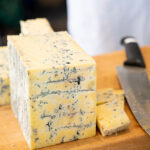 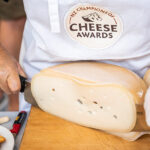 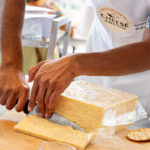 The NZ Champions of Cheese Awards were announced under the cloud of a potential loss of cheese names, due to Free Trade Agreement negotiations between the European Union and New Zealand. The annual awards are organised by the New Zealand Specialist Cheesemakers Association (NZSCA) with chair Catherine McNamara saying local cheesemakers are worried about their future.

“We’re in danger of having the names of cheeses, including NZ Champion of Cheese trophy-winners such as; Feta, Gruyere and Gorgonzola taken away from them. Halloumi and Havarti are also likely to be lost in the future if the European Union is successful with its negotiations.”

The NZ Champions of Cheese 2022 Special Awards are: