The Off-Topic Book Club Podcast: The Break by Marian Keyes 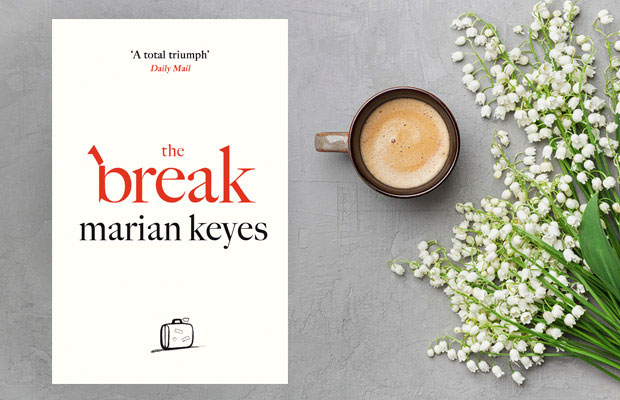 The Off-Topic Book Club give the low down on The Break, the latest book from Irish author Marian Keyes.

Book synopsis: At 44 Amy O’Connell thinks she’s seen, heard or done it all. Until her husband Hugh announces he needs a break – from her. He is going backpacking for six months round Asia where he can do what he wants – and this is the scary bit – with anyone he wants.

‘WTAF?’ thinks Amy. What’s she to do? Stay loyal to disloyal Hugh? Allow her ex-husband back into her life? Run away herself? And what about the children? A lot can happen in six months, will Hugh return as the same man? And will she still be the same woman there waiting for him?

LISTEN TO THE PODCAST HERE

OR, READ OUR REVIEWS

I love a good Marian Keyes novel, so this was right up my alley after a few months of murder and mayhem. The Break is easy to read, but not always an easy read – the characters are raw and flawed, and while there’s a lot of humour, there’s also a lot of pain. The premise of the novel is ‘the break,’ but it’s still a love story at heart – Marian celebrates and laments the rush and excitement of new love, of passionate love, of love, lost, and love found – and also, how to forgive someone you love. Though be warned, this book taught me that I’m a bit of a traditional romantic at heart – and I can hold a grudge. Sorry, Hugh, I don’t like you. I don’t care how many descriptions there are of your good looks and sweet nature. You can bugger off back to South East Asia.
-Cheree Morrison

Amy’s husband isn’t leaving her. He still loves her; he’s just taking a break from their marriage, their children, his financial responsibilities, from their life together. Taking six months to find himself in South East Asia. Of course, it’s a mid-life crisis, but instead of shooting him with a tranquilliser dart full of anti-depressants Amy agrees to this lunatic scheme. Anyone, everyone, knows this isn’t going to end happily.

It’s enough to send Amy- and her army of sharp-tongued family and friends- into a spin that will probably be terminal.

And this, dear Reader, is why men should never be given bulk sums of money. Very funny vignettes of family life and the Irish genius for pulling a laugh from the unescapable oddity of modern conventions.

I’ve enjoyed Marian Keyes’ books in the past, but I’ve never been a devotee. I found myself laughing out loud several times reading The Break (which was particularly embarrassing when I listened to a portion of the book as an audiobook while walking the dog). The characters are fun, and the word play is clever, but what makes this a good read is the story feels realistic. Life doesn’t always have a happy ending; it’s messy and complicated – people do make silly decisions, and that’s okay. A perfect beach read for the summer.
-Emma Rawson