One big reason not to touch your pōhutukawa this summer: How you can stop the spread of myrtle rust 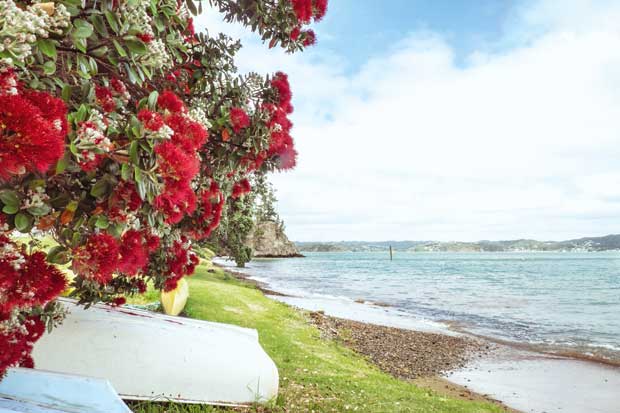 Some of New Zealand’s most famous trees are at enormous risk but there’s one simple thing you can do to help them this summer.

The gorgeous fluffy blooms of the pōhutukawa light up the country’s coast for Christmas and the New Year, providing a uniquely New Zealand festive show.
But pōhutukawa and other members of the myrtle family – including mānuka, kānuka, rātā, and exotics such as feijoas, guava, and eucalypts – are at enormous risk from the spread of myrtle rust.
What you do, or more importantly, don’t do, over summer could have a significant impact on its spread. Myrtle rust on a feijoa.

The highly invasive windborne fungus blew across the Tasman Sea from Australia back in 2017. Its spores have spread over the North Island and top of the South Island, mostly on the wind, but also on birds, insects, and machinery.
Myrtle rust causes dieback in affected trees and can kill them, as it has in other countries.

Why you shouldn’t touch your myrtles
Myrtle rust is easily spread into the air when you disturb a tree, such as when you prune it.
Plants react to pruning by putting out new growth, which is susceptible to attack by the rust. To give new growth a fighting chance, Dr Robert Beresford, a scientist at Plant & Food Research, recommends pruning during seasons when rust infection is lower.
“Myrtle rust is less likely to take hold when it is cold or when it is hot and dry,” he says. 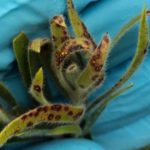 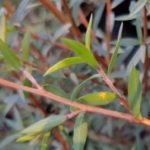 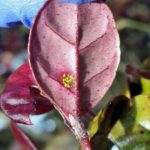 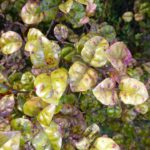 What to look out for
Symptoms to watch for include bright yellow/orange powdery patches on leaves and brown/grey rust pustules (older spores) on older lesions.

The best time to prune myrtles
• In late autumn and winter, May to August.
• In the drier summer months, January to February.
This leads to healthier new growth and should also make it less likely for the infection to spread to native New Zealand plants. 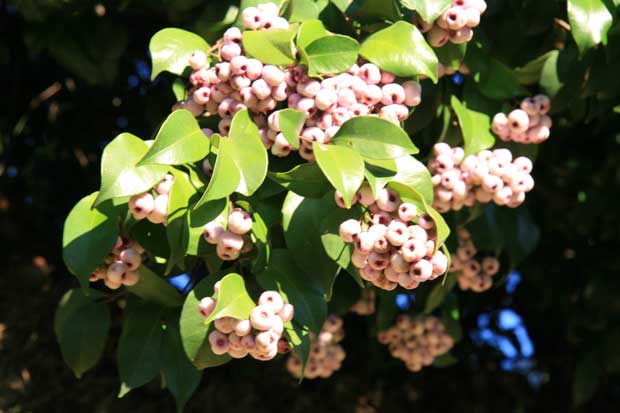 Why this tree is a big problem
Lilly pilly, also known as acmena and monkey apple, is a common hedging tree, especially in Auckland, and popular with native pigeons.
Its fast growth means it often needs to be pruned two or three times a year. But it’s important to leave pruning it until the times of the year when the risk of myrtle rust infection is low.
Better yet, remove it and replace it with something that doesn’t encourage the spread of myrtle rust. If you do remove it, do it during the low-risk months. What to do if you have myrtles
It’s essential to check your myrtle trees don’t have signs of infection before pruning or removing them. If you think you do see signs of myrtle rust:
• Don’t touch it.
• If you have a camera or mobile phone, take clear photos (including of the whole plant, the whole affected leaf, and a close-up of the spores or affected area of the plant) and submit it to inaturalist.org where experts can check it;
• You can also call the MPI Exotic Pest and Disease Hotline on 0800 80 99 66.

What New Zealand is doing to fight myrtle rust
Since its arrival, organizations such as the Ministry for Primary Industries, the Department of Conservation, and the Ministry of Business, Innovation and Employment have funded research into how myrtle rust can be managed. Researchers have found that myrtle rust targets new growth. Young leaves and stems are the most susceptible to infection and the least likely to recover.
Kiwi scientists are also looking at breeding trees for pathogen resistance as part of a long-term plan to try and protect native myrtles.

Read more on how to prevent the spread of myrtle rust at myrtlerust.org.nz