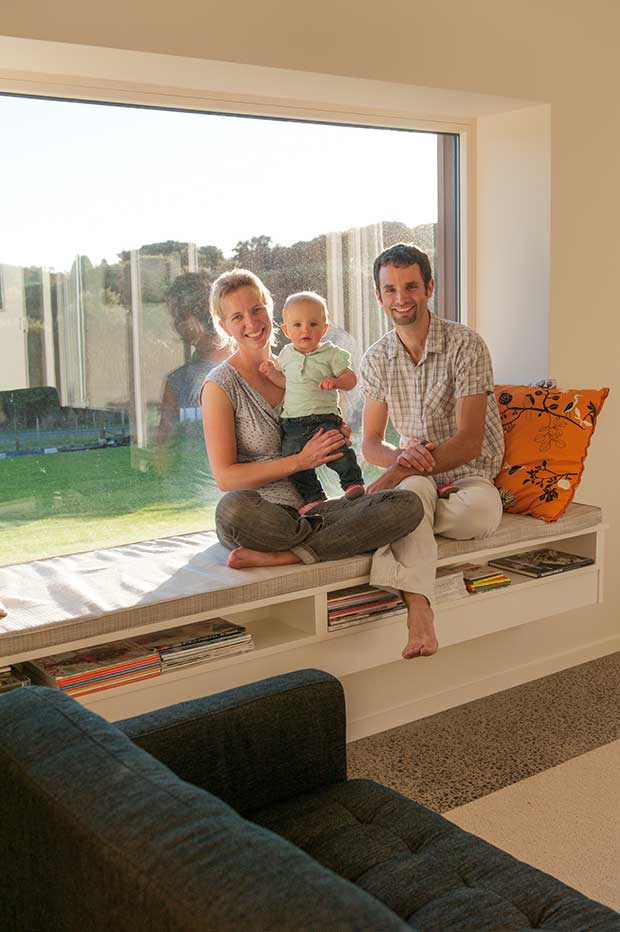 Shocked at the number of cold, damp houses in New Zealand, a Waikato-based couple searched for their own building solution. A ground-breaking passive house provided the answer.

WHAT IS A PASSIVE HOUSE? 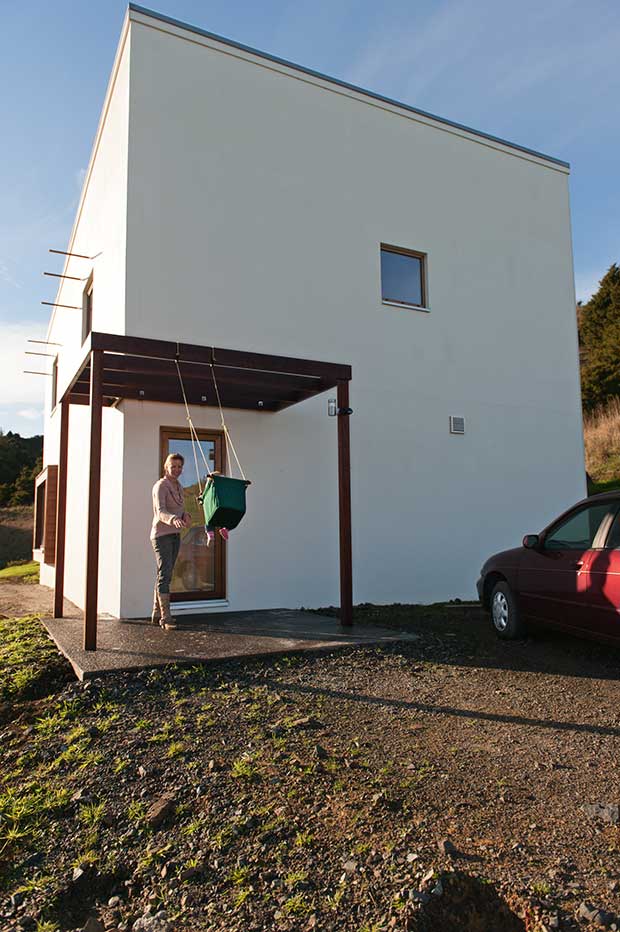 It is airtight, well insulated, has no thermal bridges (heat-loss areas such as window frames) and uses the passive warmth generated by its occupants, cooking appliances and sunlight to keep it at an even temperature.

It is a low-energy-consumption house.

The concept of a Passive House (Passivhaus) originated in Germany in the 1980s. 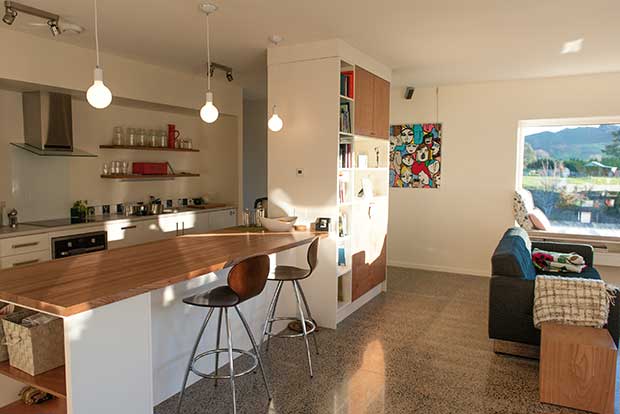 In 2011 they purchased a block of land on which to build a house at Waitetuna near Raglan, overlooking bush and the nearby Te Uku Wind Farm.

“Having grown up in centrally heated houses in Europe, we were amazed that so many Kiwi houses had only single glazing and low insulation levels – chilly in winter and hot in summer. We wanted to build a warm, ventilated home with a small carbon footprint and minimal heating costs,” says Ellen.

A Passive House ticked all the right boxes and Casper was excited by the maths-orientated energy modelling which is at its core. Theirs is the second Certified Passive House in New Zealand. 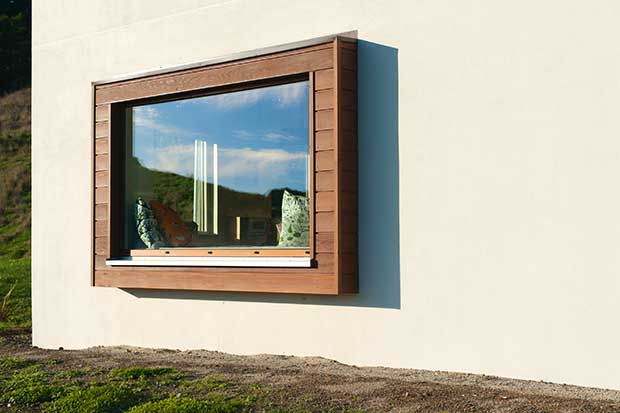 Ellen and Casper say one of the biggest hurdles was sourcing building materials that were cost effective and performed to the high Passive House standards.
The key materials: New Zealand-made ICF (Insulated Concrete Formwork, an energy-efficient construction system) used in walls.

Intello Airtightness membrane which wraps around the entire building, allowing ventilation to be controlled.

HOW CAN AIR TIGHTNESS BE MEASURED? 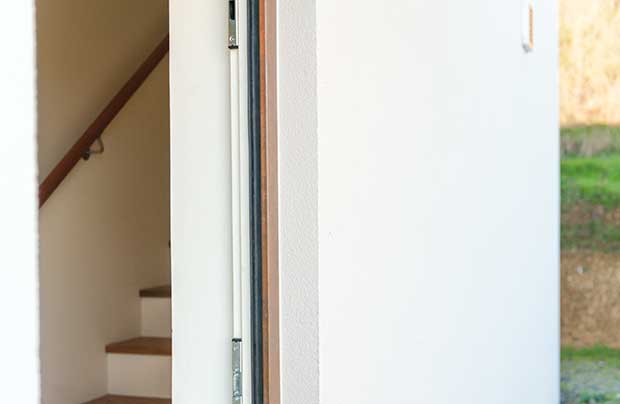 By using the blower door test developed in Sweden in the late 1970s. An external door is removed and the gap plugged with a large, heavy fabric seal comprising a fan and pressure-measuring sensors. The fan sucks the air out of the building.

If the house is airtight it will cause a vacuum.

The amount of vacuum is measured by the sensors. Ellen and Casper’s house was tested when it was weatherproofed and again when it was finished.

IF IT’S AIRTIGHT, HOW DOES THE AIR STAY FRESH?

The whole-house ventilation in a Passive House whips away moist, warm and potentially smelly air from the kitchen and bathrooms.

Via a heat exchanger, the warmth in this air is used to heat up fresh air being vented into the house from outside. Windows don’t need to be opened to allow for fresh air or to change the inside temperature. 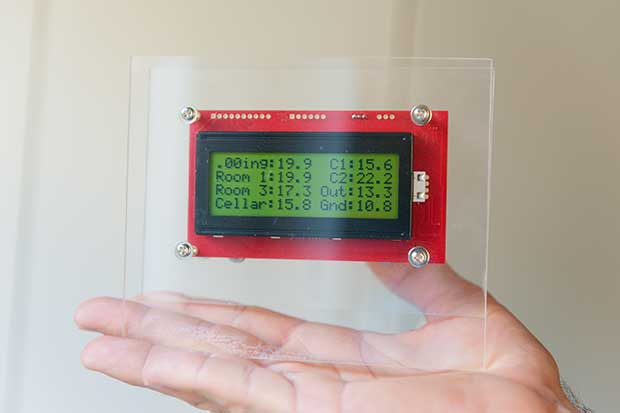 The design of a Passive House is adapted to fit with the climatic profile of the area in which it’s built. For example, a Passive House in Kerikeri will have a different construction to one in Invercargill. Verified climate data is an essential pre-build step.

HOW COMFORTABLE IS IT?

“Over this winter we haven’t needed a thick duvet, we can walk around the entire house in T-shirts and we’re unaware how cold it is until we step outside. All rooms are the same temperature. There are no draughts and no condensation, not even when you have a shower or bath.

The average temperature of window surfaces in the house is 17°C. The annual energy bill for heating will be about $200 for the whole house – and that’s keeping it at 20°C.

It has definitely met our expectations.” Ellen and Casper, ahousethatperforms.co.nz

◊ A Passive House is far more than a sustainable or green house – it’s a super-energy-efficient house
◊ It uses only five to 10 percent of the energy required to heat a standard New Zealand house to a comfortable temperature.
◊ Building costs are from $2000 (including GST) per square metre.
◊ The best starting point for a Passive House: good design with north-facing windows; no shade from buildings, hills or trees; a compact layout.
◊ Most materials and construction methods are similar to those of a standard build.
◊ There are currently more than 30,000 Certified Passive Houses across Europe, the United States and Japan with a rapid increase in the past five years.
◊ The European Union is tightening building requirements towards lower-energy-consumption buildings across Europe. Huge growth in Certified Passive Houses is expected.

WHY IS THE CERTIFICATION OF A PASSIVE HOUSE IMPORTANT? 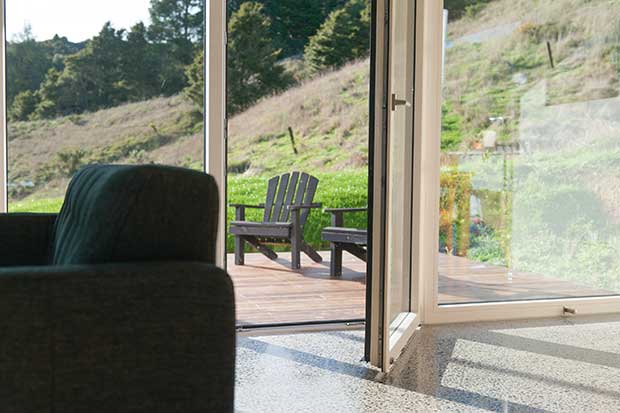 Anyone can say they have a passive house but a Certified Passive House is a different story.

It means a building has met strict international standards relating to its build process, energy criteria and airtightness. The Passivhaus Institute in Germany sets the benchmark.

It has a list of approved companies worldwide which certify passive builds; there are no certifiers in New Zealand as yet (Ellen and Casper’s house was certified by a company in Ireland). The cost of certification is about $3000 (including GST).

Step one:  a certified Passive House professional draws up plans for the building.

Step two: a Passivhaus certifier is satisfied the build has been carried out according to the specifications. The process includes reviewing the results of airtightness tests, photographic material documenting the entire build process and a declaration by the project manager that the build hasn’t deviated from the design.

British television series Grand Designs has played a part in introducing the concept to Kiwis and Ellen and Casper believe that with word of mouth spreading the benefits of living in a Passive House the numbers will quickly increase.

Passive House Institute NZ chairperson Glenn Murdoch says there has been exponential interest in the past few years.