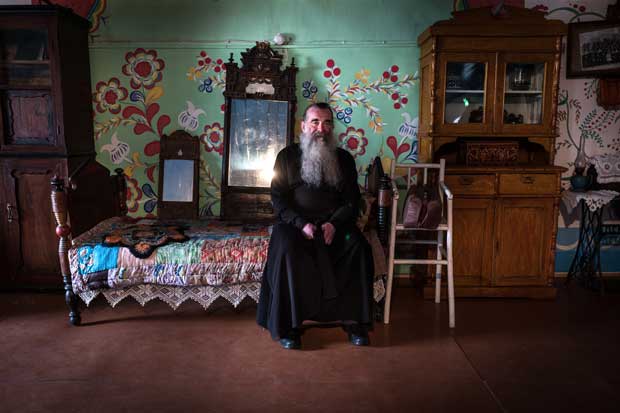 New Zealand photographer Birgit Krippner captured the gritty reality of Russian village life on her journey on the Trans-Siberian Railway.

There are no creature comforts in third class on the Trans-Siberian Railway; compartments are crammed, windows don’t open and 50 people share two bathrooms. Vladivostok is Russia’s largest Pacific Ocean port and 9,289km from Moscow, the world’s northernmost (and in winter the Earth’s coldest) megacity. The Trans-Siberian Railway is not the most comfortable way to travel from one city to the other. But, from the window of her cramped quarters and on off-train day-excursions, New Zealand photographer Birgit Krippner captured aspects of Russia most tourists never see.
This main leg of Trans-Siberian Railway from Moscow to Vladivostok, by way of Nizhny Novgorod, Yekaterinburg, Omsk, Novosibirsk and Irkutsk, is the world’s longest unbroken stretch of railway. It was commissioned by Tsar Alexander III in 1891 and completed in 1904. In its heydey, the first class cabins had marble-tiled bathrooms, and the dining room served caviar. Today, a first class ticket can cost approximately $26,000. Birgit and her travel companion fellow photographer Harald He spent a fraction of the cost of a first class ticket, staying in second class, with a stint in third class. Their fellow passengers were mostly locals.

She shares her photos of her journey here: 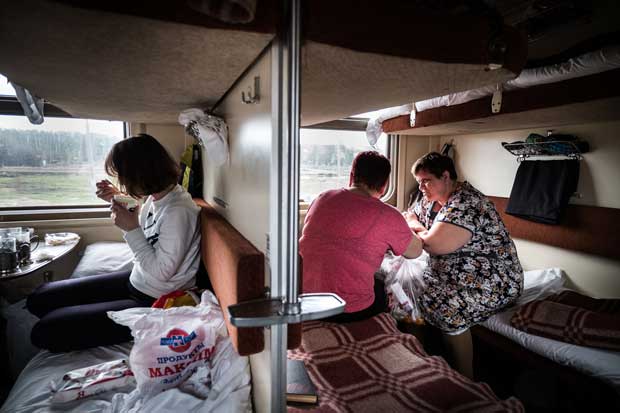 Traveling third class on the Trans Siberian Railway is full of adventure says Birgit. When passengers step on board the train they have no idea who they will be sharing their compartment with. “On this day we sat with two Russian ladies who told us stories for hours and hours.” Most evenings the group exited the train and stayed in small motels along the train route but on some legs of the voyage the group slept on the train for a couple of days in a row. 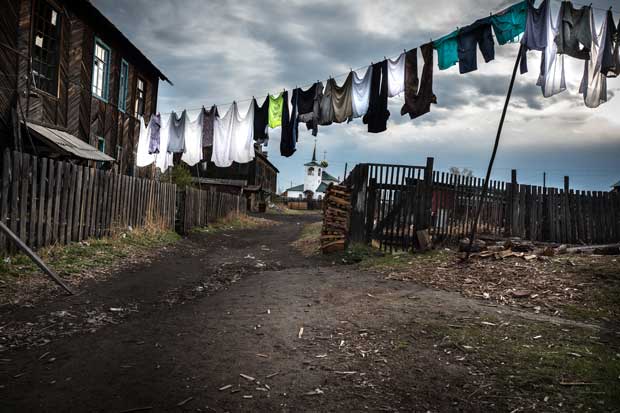 Locals in the small Siberian village of Yerofey Pavlovich lead a simple life. This town is a work settlement in Skovorodinsky District of Amur Oblast, 50 kilometres from the Chinese border. 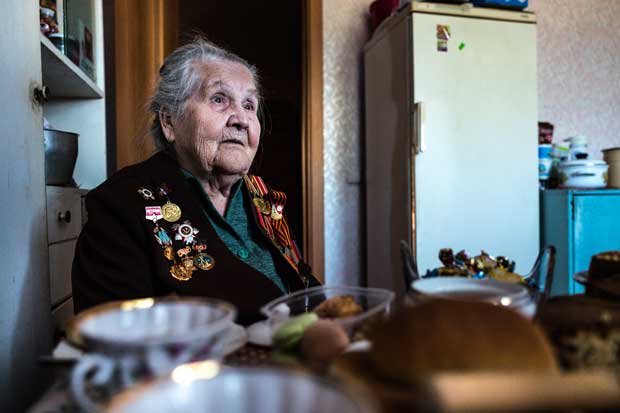 95-year-old Alevtina Nikolaevna Gruzdkova in her home in Yekaterinburg. Alevtina proudly wears the many medals she was awarded for heroism in World War II. Alevtina welcomed Birgit and her fellow travellers into her home for tea and cake.

Buryatia in Siberia is a small village of ‘Old Believers’, Russians who refused to accept the Russian Orthodox Church reforms of the 17th Century. “We met Sergiy the priest of this village. At first he was a bit skeptical, but after a conversation he showed us his church and even invited us in his museum.” In the absence of parks, children in Yekaterinburg use the railway station as their playground. 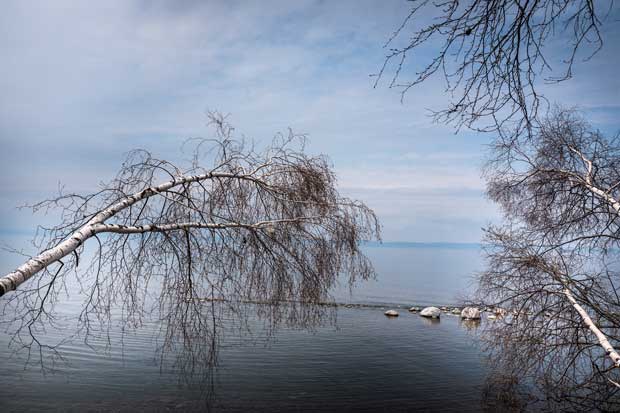 Lake Baikal in Siberia is a popular destination in Russia famed for its birdwatching, skiing and hunting grounds. Baikal is world’s deepest lake, the deepest part being 1,620 m. Located near the Mongolian border, the surrounded mountain rivers and small lakes are are home to many fish species including taimen (Siberian sturgeon), kharius (grayling) and lenok (Siberian trout). 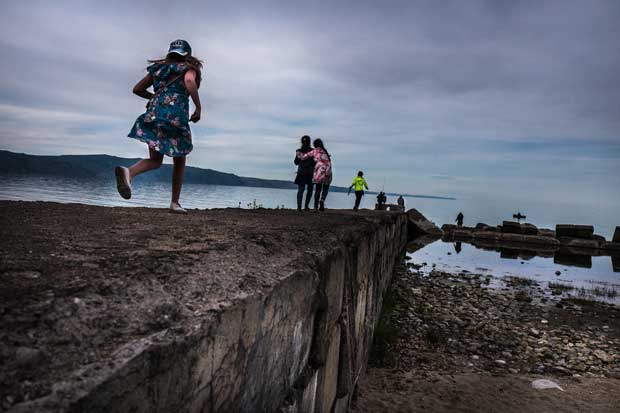 Children rush to see the catches of the day from the fishermen at the waterfront of Lake Baikal. Fishing is a big business in this area. Fresh fish are often smoked and sold at the local fish market while still steaming hot. “On my last day at the lake I bought three smoked fish, which were the best fish I have ever eaten,” says Birgit. 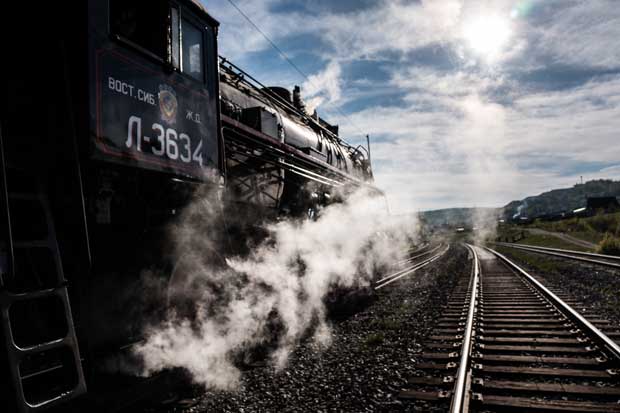 An old steam train on the leg from Irkutsk to Baikal was built in the mid 20th Century on the Trans Siberian route is still filled with life. Travelling by train is the cheapest and safest way to travel through Russia says Brigit. On other parts of the journey the group took a faster and more modern train used by locals on our journey.

Birgit and Harald are planning to run a Trans-Siberian photo workshop next May to help budding travel photographers learn the art of travel photography in remote villages. Enquire at http://www.birgitkrippner.com/