Polly’s Blog: Away with the fairies


In which Barbie is banished, and the kids are away with the fairies.

A month of Sundays ago, James and I were rudely awakened from an attempted morning sleep-in by a jiggling doll smiling vacuously into our faces.
‘Her name is Barbie,’ Vita told us unnecessarily from her perch on my pillow. ‘And she has a boyfriend named Ken.’ 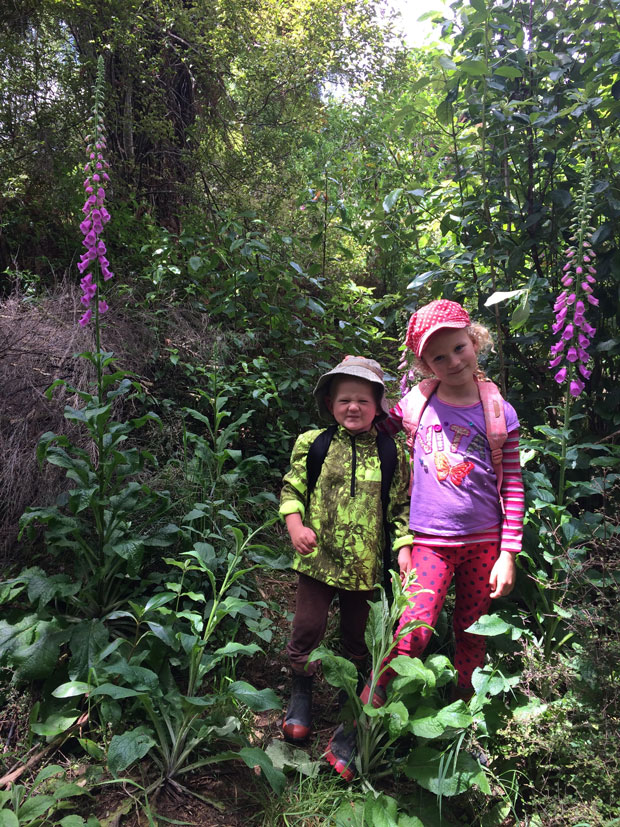 As well as dismay, I felt puzzled. How on earth did this loathsome, FF-breasted icon of pink, plastic fake-ness manage to invade our forest home?
‘Sophie gave her to me,’ Vita said happily, referring to a child who’d visited the day before.
‘Hide it,’ a friend advised later, sharing my Barbie horror. She confessed she frequently confiscates junky toys gifted by well-meaning relatives. ‘Just give it to the op-shop. My boys don’t even notice.’

Intuiting the danger, Vita maintained a vice-like grip around Barbie’s pinched waist. Commentary on the looks and values of real women were met with scornful impatience.
‘Yes, I know mum! Real thighs come together. Sophie says she drives a pink car and lives in an actual pink mansion.’

The doll may have been rebranded a scientist, astronaut, veterinarian and fire-fighter in her time, but for all the focus on professional achievement, she looked as anatomically challenged and gormless as ever and it was disturbing to hear my six-year-old crooning that such a lump of blonde-haired plastic was the most beautiful lady she’d ever seen.
Sometime between afternoon tea and dinner, Vita’s vigilance dropped. Barbie was left unattended, and I made my move. Swift as a kea in a car-park, I swooped up the doll and tossed it high onto the roof of the pantry. Any sense of guilt was appeased as hours turned into days and then weeks, and no mention was ever made of the errant figurine.
Instead, Vita has turned her attention to fairies.
‘Think of every type of animal and every kind of country in the whole world, and you’ll know how many fairies there are,’ I heard her telling her three-year-old brother, as they stalked through the manuka on a fairy-hunting expedition.
‘Oh my God,’ Zen replied.
Because our home-schooling approach is that of learner-led learning, Vita’s education is now fairy-themed. To her, it’s not schooling at all, but the fairy letters she’s written, the maps she’s drawn, the fairy traps and houses she’s planned and assembled, and the fairy classification system she’s invented are all developing skills that can be carried forward into life. To me, however, the most important ability evolving is her imagination.
Recently somebody told me that if Earth were a person, they’d be diagnosed with stage four cancer. While I’m not subscribing to a prognostication of global death, there’s no doubt that great technological, environmental and social changes are rapidly rearranging the way we can live on this planet. As physicist William Pollard said, ‘those who initiate change will have a better opportunity to manage the change that is inevitable.’
Imagination and creativity are the tools that enable humans to actively shape their futures. Manifestation begins with the dream.
While Barbie collects dust on the top of my pantry, I rejoice that Vita and Zen are out seeking forest fairies. Because they’re looking for magic, they’re finding it; discovering a runway of moss leading down to the stream, foxgloves amongst ferns on the forest floor, lumps of fallen wood sculpted by rain and rot, and intricate patterns in roots and leaves.
If they’re viewing the natural world as a wonderland filled with treasure, they’re going to want to care for it.
I’ve told our children about water’s cycle and how trees are the lungs of the world, but it’s their sense of joy and ease in the forest that’s going to motivate future desires to protect it.
Tomorrow both kids want to trek to the ancient kauri that sits on the ridge.

More stories you might like:
Highlights from the NZ Life & Leisure and Walk Japan reader lunch at Hot Sauce restaurant, Wellington 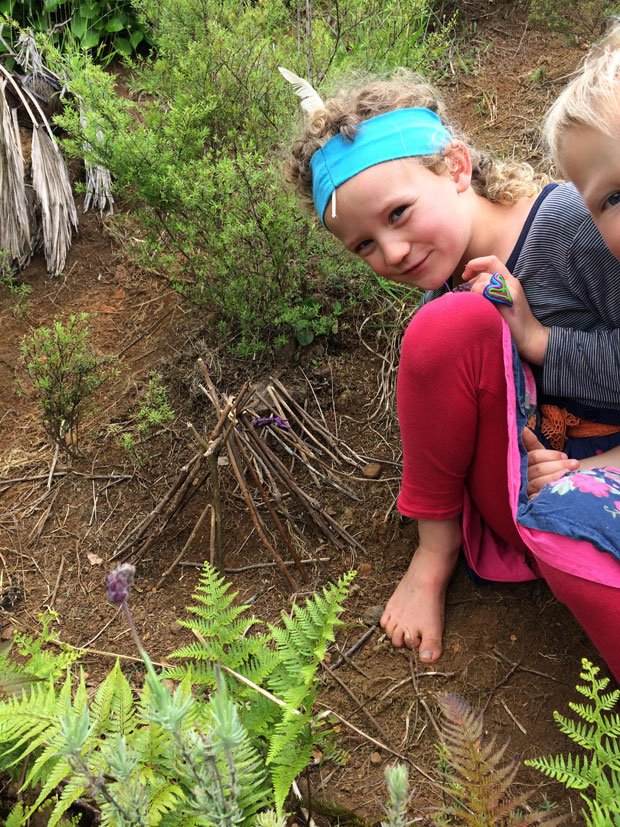 If we build a fairy home there, Vita feels certain a family will come.
Her other fairy houses look like piles of sticks and leaves on the woodland floor but the imaginative play woven through make them far grander and richer than the Barbie Dreamhouse I’ve seen for sale online.
Imagination is an infinite faculty. While the Barbie mansion is inevitable garbage – plastic junk destined for a landfill, a little girl’s stick assemblies might just compost into matter from which great things arise.