Polly’s blog: nasty lumps and things that go bump in the night


This week, when life gets scary, Polly goes on a witch hunt.

When I was a kid, I got banned from telling my younger cousins after-dark stories involving meat axes, lunatic-asylum escapees and cannibalism. My aunt declared the prohibition with some feeling during a holiday to her farm.
It seemed that after my last stay, my cousins suffered nightmares for weeks.

‘But they like it,’ I protested. ‘They ask me to make them scary.’
Did I want to sleep alone in the downstairs bedroom, my aunt enquired?
The stories stopped, during night hours, at least. 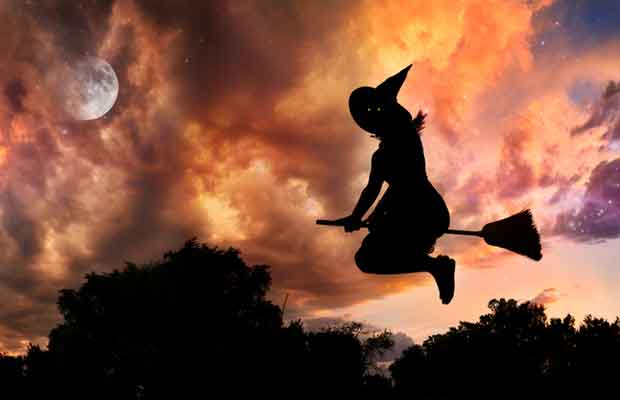 While teaching at a school in Northern Iraq, I discovered my students’ favourite way to be rewarded for good classroom behaviour was to receive a made-up story. The 12 and 13 year-olds loved a serial we called Bloody Mary, about an evil witch who lured children into her realm through a mirror. The girls’ toilets became a scene of hysterical shrieking every lunch-break as students gathered around the sink mirror.
Meanwhile my class of seven year-olds begged for instalments of Scary Baby; a cuddly infant who committed atrocities when no one was watching. ‘Scary Baby,’ they’d chant, marching behind me in the playground.
Egged on by enthralled little faces gasping in all the right places, I may have got a bit carried away with embellishing the tension and terror.
Still, I was completely unprepared for the angry summons to the headmistress’s office. Parents had been complaining their children were too scared to sleep at night. Was it me telling all the stories?
‘Yes,’ I began, a little proudly. ‘It’s their reward for…’
‘Well don’t!’ Her tone made it clear that was an order.

Now I have children of my own; I’m appalled to think of a younger me gaining access to their imaginations with my ghastly stories. I should have known better – after all, I’m still haunted by the demonic clown in the 1982 movie Poltergeist, and I stopped watching horror films forever after Freddy Krueger did his thing on Elm Street.
However, making up stories for Vita and Zen is one of my favourite bedtime activities, and while I’ve been strictly censoring myself to produce G-rated content, it seems I’ve slipped up on the topic of witches.
There are certain matters on which young children do not know what’s best for them. Bedtime is one, as is dressing warmly on cold winter days. Scary stories are another.
No matter how daringly a child urges you forward into realms of ghosts or witches or meat cleavers, all bravado will vanish once the bedroom light is switched off for the night.

It was Vita who asked for the witches. We had friendly ones – a whole family running a spell shop in the heart of Coven Town. If a bad witch slipped in here or there, she was sniffed out immediately and sent away sternly.  ‘To Be-Good Island, where they have to stay until they are nice. Afterwards, they work as cuddlers in a children’s orphanage,’ I hurried on lamely, trying to dispel my daughter’s growing unease.
It’s no good. Now, five-year-old Vita is too scared to go to the outside toilet alone, even in daytime. She won’t get herself a drink of water after dark, as the kitchen is filled with suspect shadows. Last night she thought she saw a shape at the window and practically ate her dinner on my lap, and she’s taken to appearing by my side at 3 am, whimpering with fear as she burrows down between James and me and strips us of all the duvet.
Despite this, she still pleads for witch stories at night. Luckily for her, however, I’ve finally learnt my lesson.

Meanwhile, I’ve been dealing with sinister shadows of my own. At the start of last year, a mole on my forehead was diagnosed as a carcinoma and surgery followed. This year, three more little blotches have appeared, which a doctor has said are probably more of the same. It’s tempting to turn Lady Macbethesque and feverishly scrub at my skin, muttering, ‘out damned spot out’, but these are no pieces of fiction. Because my fear of the surgeon’s knife is similar to Vita’s dread of witches, I’m trialling a natural remedy for the spots. Bloodroot Paste has been recommended by friends who swear it killed their melanomas. Halfway through the treatment, nothing seems to have happened, but I’m willing to wait and see how it goes.