This week Polly’s fishy tale all ends in smoke.

Lately a new tradition has taken root in our household in place of the Sunday roast. It begins around 1am on Sunday mornings when James arrives home to sink wearily into bed.

‘How did it go?’ I sometimes ask between dreams. His reply is always variations on a theme. ‘It wasn’t without drama.’ 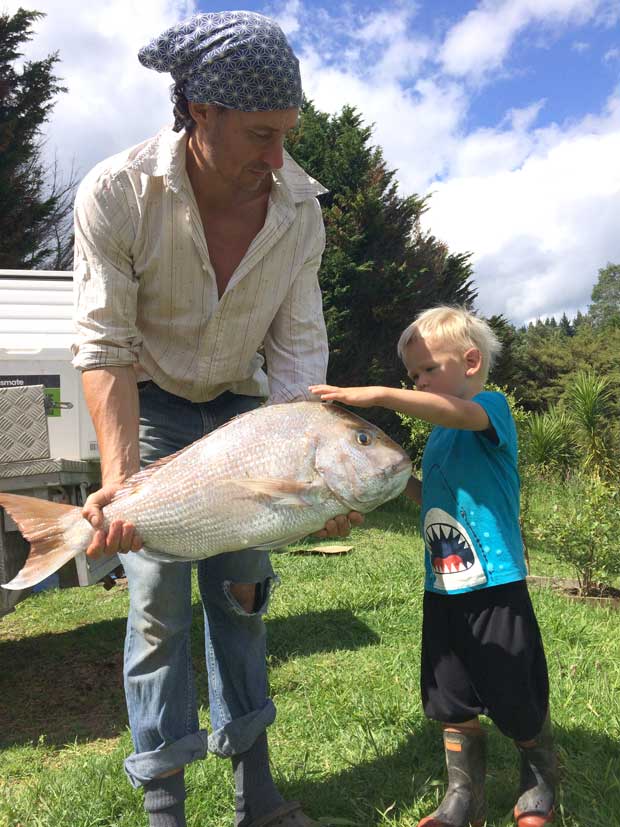 At 5am, once our loathsome ducks have honked us awake with their aggressive dawn chorus, he yawningly elaborates his story. 90 Mile Beach is the wild west coast in action. Surf thunders in, currents sweep sideways, high tide cuts off access and the ocean floor is littered with treacherous holes. It’s also where schools of snapper lurk beyond the breakers and so James and a mate have taken to visiting on Saturday nights to try their luck at fishing.

Armed with a Torpedo, an electric device which carries a long-line up to 2km offshore; the pair head off up the beach to a likely spot and aim the thing out to sea. While it sounds easy enough, James and Dave have learnt the hard way about tangled lines, operating the winch, and just how strong the Tasman’s currents run.

James now knows not to enter the swamping surf in waders; Dave has discovered an automated fishing line can effortlessly peel a man’s thumbnail and surrounding skin off right back to the wrist, they’ve ascertained that fish stop biting and sharks come out after moonrise, and both men have mastered the art of retrieving the Torpedo miles away from where it first entered the water. Once the tale’s told, the fish-count’s disclosed. Snapper is always on the menu. In anticipation of the Torpedo’s success, James has built a smokehouse in the garden, and after breakfast; once the vehicle’s been water-blasted and the filleting is done, he lights up for what’s now known as the Sunday Smoke.

Puffing aromatically at the end of the vegetable patch, the smokehouse works its wonder on fillets of kahawai and snapper while the family prepares to feast. Smoked roe emerges first, followed by golden-brown flesh that’s chunked through various dishes.

This week, our fine dining has extended beyond mains thanks to the skills of a visiting French chef. Although Caroline made no mention of her prowess on her HelpX application, it was revealed five years of training had turned her into an award-winning master of pastry creations.

Supplied with indecent amounts of butter, sugar and eggs, she commandeered the kitchen, lamenting our lack of a blowtorch but managing nonetheless to turn out the sorts of cakes, tarts and flans one usually encounters only in recipe-book photos. Given that my cakes are the earnestly wholesome sorts of slabs savoured only by chickens, it’s fair to say the children stickily embraced Caroline as the new Messiah. Mind you, they were excited just to have butter in the house. 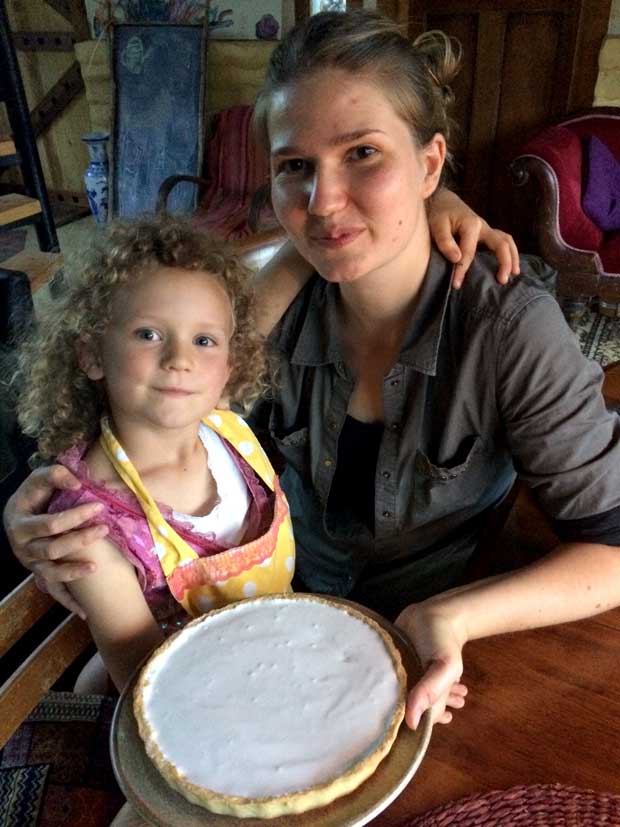 Because we live without a fridge, butter is a very rare addition to any shopping list. During winter months, we hardly ever lament the fridge’s absence, but now that our valley is in swelter-mode, a cold storage space would be handy to prolong the lives of certain foods. However, James and I still exist off a single solar panel and lack the electrical capability to chill.

Feeling somewhat guilty, I furtively slice mould off our cheese and tell the suspicious children it’s meant to smell that ripe when it’s ready to be eaten. ‘Pax likes it,’ I say as reinforcement, pointing to our salivating canine disposal unit.

Last summer I tried my luck at creating an ‘African’ fridge. This involved placing a terracotta pot inside a larger one, separated by a layer of sand in which water is poured. The evaporation process was meant to keep the inner pot at around 4-degrees Celsius but yoghurt still went off after a day and three-year-old Zen kept pilfering the sand for impromptu sandcastles so I’ve decommissioned both pots for planted flowers and resigned the kids to another summer of sweaty cheese.

We’re keen to keep learning about the preserving capabilities of our new smokehouse. In our minds exists a sepia-toned picture of an 18th Century German kitchen where legions of smoked salamis and other dried meats dangle from the laden rafters.

So far we’ve found smoking it extends our fish’s shelf-life by a day, but following a nauseating lesson, I’ve learnt not to push consumption past that. Instead, our new Sunday routine ends with a distribution run to happy family and friends.