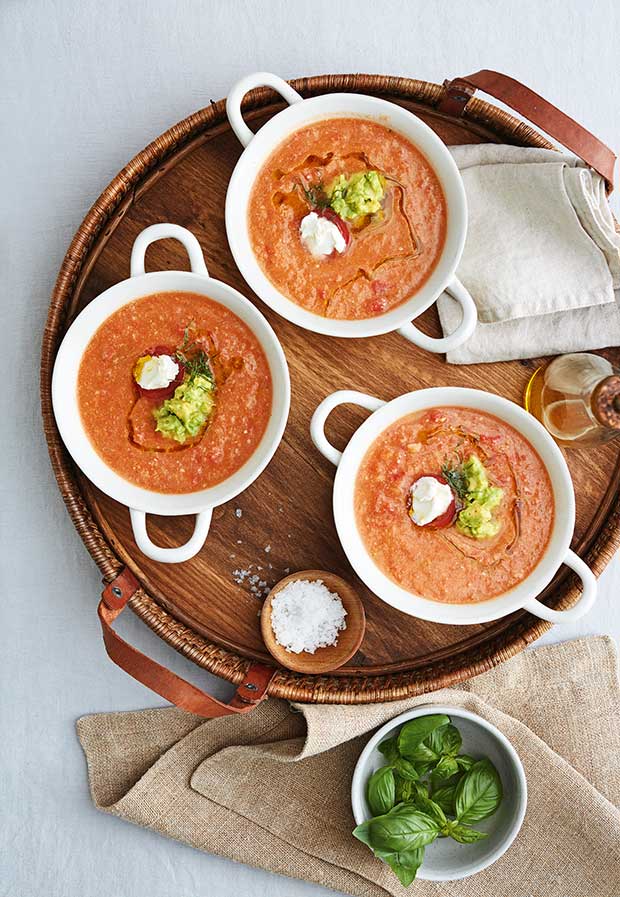 Start a simple yet sensational late summer lunch with some autumn flavour.

Put the tomatoes, cucumber, red pepper, garlic and bread into a food processor. Pulse briefly until the vegetables are still chunky and just combined. Tip into a bowl and stir in water, salt, pepper and vinegar. Refrigerate for at least 1 hour for the bread to swell and the flavours to blend, then stir through the extra virgin olive oil. The soup should have quite a tang to it. Sprinkle avocado with lemon juice. Divide the soup between 6 bowls and add a dollop of avocado to each.

COOK’S TIP: If the goat cheese is very firm, mash it with about a tablespoon of cream until it reaches a soft consistency.