This simple no-knead baguette is perfect for beginners.

The baguette is such a simple bread, yet it is one of the greatest challenges for a baker and there is a lot of argument – even among the French – over just what it really is. Food writer Patricia Wells gives a good description of what she believes is the best and worst when it comes to this most popular of French breads.

“A perfect baguette is one of France’s greatest treats, offering instant, blissful, crackling, gratification. The bad baguette is a horror. Limp, flabby, lily white, often oversalted and tasteless. Does it still exist, the great, slender French baguette, with its crackling crisp, golden exterior, its elastic and creamy interior, its flavour of fresh-milled wheat, the bread that’s carried naked through the narrow streets of France from daylight until dusk?”
– Patricia Wells, New York Times, October, 1983

Many of us have probably never eaten a real baguette, even if we have bought a long stick of bread by that name says MIT School of Baking tutor Monique Brik.

“For me, a baguette is made the French way, l’ancienne (the traditional way) where you do use straight ingredients and you give it it’s own natural fermentation and you bake it. I don’t mind if it’s shaped by machine or by hand, but for me it’s a French stick that you buy in a supermarket because it has improvers and additives.”

Kiwi home bakers also use different ingredients to the French, even though they would appear to be the same. One big difference when it comes to something like a baguette is that New Zealand’s flour is home-grown, mixed with very high quality Australian and Canadian wheats and that has a profound effect on the end result says artisan baker David Winterbottom. 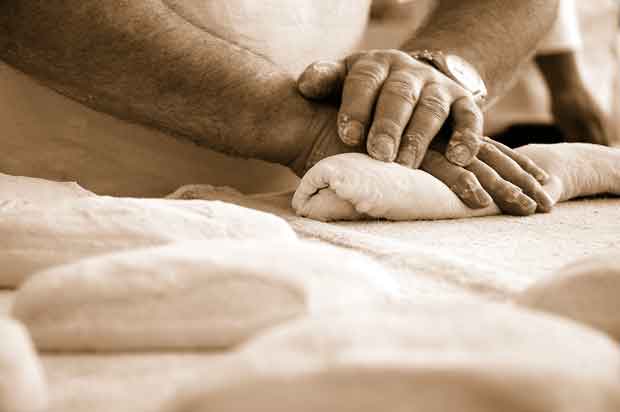 “That’s why if you get bog standard white dough things (in NZ) that they call baguettes, they’re pretty terrible… but people think that’s what they are, that’s what a baguette is.”

“It’s an easier-for-beginners, no-knead formula. Well, almost no-knead; I find a minute or so in a stand mixer (or under your hands) does wonders for the baguette’s texture.”

The recipe also makes enough dough for four baguettes so you can bake them as required over the following 6-7 days and tweak your technique baguette by baguette, one day at a time. 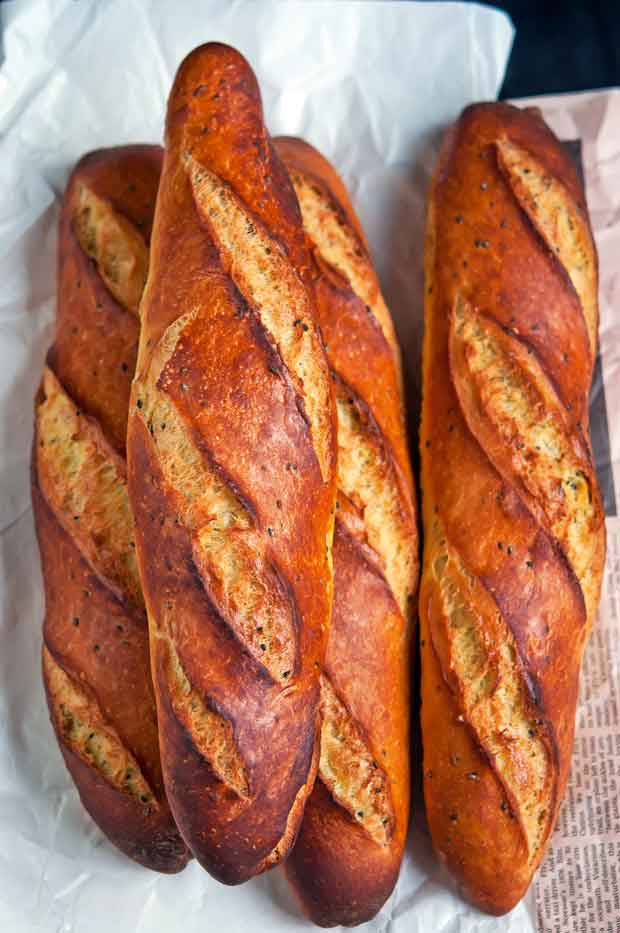 2. Place the water directly into the container, then add the dry ingredients to the water and stir to combine. Mix until there are no dry spots; the texture of the dough should be fairly soft.

3. Knead the dough gently for a few minutes by hand – it will be very sticky – or in a mixer for 1-2 minutes.

4. Cover the container, and let the dough rest at room temperature for 2 hours. This is when you’ll see why you need such a big container as it swells in size quite dramatically.

5. Refrigerate overnight, or for up to 7 days. This process improves the dough’s flavour. It will fall back a bit in size and this is normal.

6. To make one 38cm long baguette, remove approximately 450g (about a quarter of the dough) from your container and let it come back up to room temperature.
Place on a greased work surface and shape into a rough, slightly flattened oval. Fold the dough in half lengthwise, and seal the edges with the heel of your hand. Flatten the dough slightly, then fold lengthwise and seal the edges again.
The dough automatically lengthens itself from an oval to a preliminary baguette shape. This fold/seal, fold/seal shaping method is classic, and it works – if you skip it, you’ll find the finished loaf doesn’t rise nearly as well. The folding adds much needed structure, particularly in this very slack (wet) dough.

7. Gently roll the folded dough under your cupped fingers to form the classic baguette shape, about 40cm long, with tapered ends.

8. Lay with the seam side down onto a lightly greased or parchment-lined baking sheet on a tray and cover with plastic wrap. Allow the baguette to rise for about 1½ hours, until it’s very puffy. Don’t worry if it spreads outwards rather than up as it will ‘pick up’ when it hits the oven. If you are making two at the same time, leave plenty of room on the tray, or place on separate trays and bake separately.

9. Towards the end of the rising time, preheat your oven to 230°C. Slash the baguette three or four times on the diagonal and at a 45° angle to the top of the bread. The cuts should be fairly deep and your baguette(s) will start to deflate – this is normal but act quickly to mist heavily with warm water, and get it into the oven.

10. Bake until a very deep golden brown, about 25-30 minutes. Don’t remove from the oven until you are sure is it cooked – it will be dark compared to the more common, paler ‘French stick’. Remove from the oven and cool on a rack. If you’ve done it right this will be a very crunchy crusted bread and will stand up stiffly, not flop over. 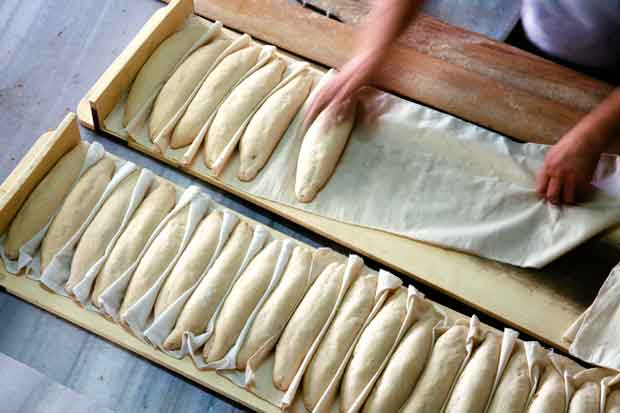 *Flour absorbs moisture from the atmosphere. This dough, made in the dead of winter, will be much stiffer than at the end of a long, hot, humid summer. With that in mind, I’d suggest increasing the flour amount by 30–60g in summer to avoid dough that’s unworkably sticky.-PJ Hamel, King Arthur Flour
*Try to use all the dough within a week, or you can freeze it in 450g batches. PJ Hamel
* Baguette dough should be wet and this makes it very sticky and more difficult to work with. Resist the temptation to add flour or work the dough longer as this changes the dough ratio, negatively affecting the taste and structure of the bread. Mark Schimpf, US artisan baker
* You want to minimize handling of the dough so the process of folding the dough and pressing the ends together should only be done twice. Mark Schimpf
*The loaf should be uniform thickness along its entire length so it bakes evenly. Mark Schimpf 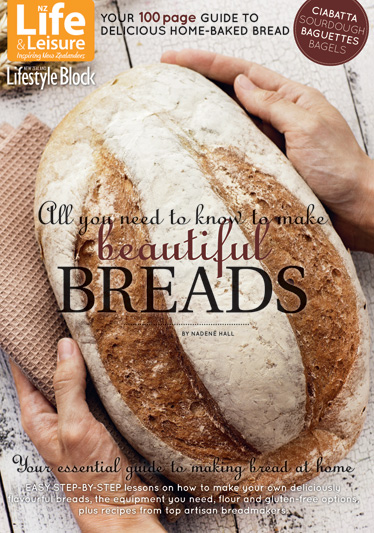 This article first appeared in the NZ Life & Leisure special edition, All You Need To Know to Make Beautiful Breads. Order your copy for $19.90 here.

The team at King Arthur Flour have more baguette recipes to try:
Then there’s US artisan baker Mark Schimpf, a graduate of the Artisanal Bread Baking Course at the French Culinary Institute in New York who has spent years trying to perfect the baguette, his “pursuit without end”.
He’s so dedicated he now runs a business selling steam injection units for home ovens to allow people to use similar technology to professional bakers so they can make things like the perfect baguette.
He wrote this article a few years ago on his best method yet for baking baguettes at home using slightly different methods to the one above.