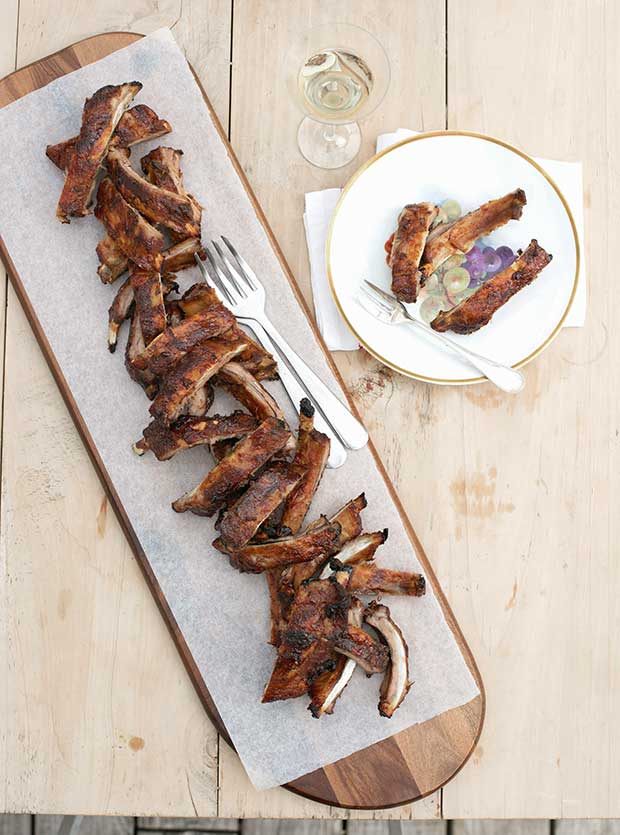 Place ribs and salt in a large pot. Cover with water and bring to a boil. Reduce heat and simmer for 30-45 minutes or until tender. Remove ribs from the pot and allow to cool.
Lightly grease one or two roasting trays with baking spray.

Arrange ribs in one layer and pour over Melissa’s Barbecue Marinade (see recipe). Toss to combine rearranging ribs to sit neatly and refrigerate for 1 hour or for up to 2 days.

Preheat oven to 165°C. Cover trays with foil and bake ribs for 1 hour or until browned and sticky. Use a metal scraper to remove from trays and serve immediately. Serves 8

Simmer for 15 minutes, then remove from heat and allow to cool. Transfer to a lidded container and store in fridge until required. Freezes well.