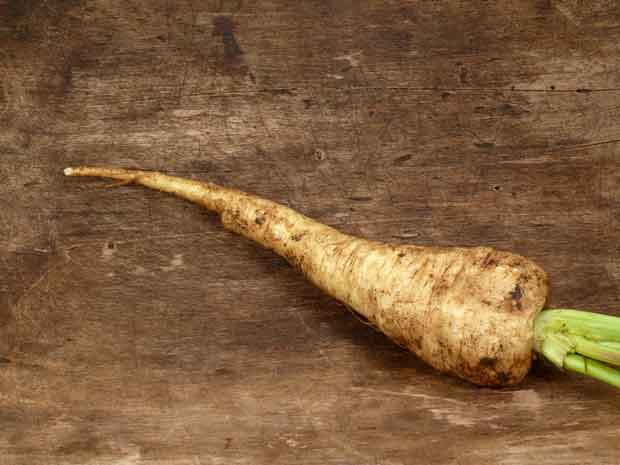 Don’t overlook this gourmet low calorie vegetable. Jenny Somervell cooks up three tasty recipes that will make you rethink your views on parsnip.

The parsnip has been described as a ‘pasty-faced, overweight carrot, ancient and unrefined.’ I’m guessing that person was not a fan.

Parsnips and carrots belong to the Apiaceae (Umbelliferae family), they both have edible tap roots and share the same shape, but there the similarity ends. The parsnip’s flavour is much more robust – too robust for some – and sweet so it tends to dominate when added to stews and casseroles. Perhaps its humble roots as a near-staple food have not helped. You might remember the infamous ‘love it or hate it’ carrot and parsnip mash you ate as a child.

It seems some parsnip creativity is called for. Pair parsnips with complementary foods and assertive herbs and spices like horseradish, chillies, cardamom, coriander, turmeric, cumin, ginger, mustard, tarragon and rosemary and this root will shine as a dish all on its own, and provide a great foil for fatty meats.

If you have a sweet tooth, parsnips can extend their range into brunch. When roasted or sautéed the sugars caramelise richly. Parsnips are so sweet that they were used in cakes and jams before the arrival of cane sugar, and yes, I have enjoyed a parsnip cake.

Parsnips (Pastinacea sativa) have been eaten since ancient times. Cultivated forms developed from wild parsnip which is believed to be native to Europe. According to Pliny, Emperor Tiberius was so fond of parsnips that he had them  brought annually to Rome from Germany where they grew along the Rhine. By the 16th century parsnip was cultivated in Germany, England and, shortly after, in the American colonies. It was a staple of the poorer people of Europe and was used as sugar substitute before sugar and beet were available.

In 1730, Tournefort wrote of wild parsnip’s ‘agreeable taste and wholesomeness’ especially ‘if first nipt with cold’. Parsnip seeds were collected for their medicinal value and sold by herbalists. Culpeper wrote that garden parsnip is ‘good for the stomach and reins and provoketh urine.’ In the mid-nineteenth century parsnip was replaced as the main source of starch by the potato and its use subsided.

3 tips for cooking with parsnips

• Finely peel or cook whole to conserve vitamins and minerals which are close to the skin. Small, young parsnips don’t need peeling.

• Mash and season with chopped parsley, a pinch of cinnamon and cream or butter.

Nutrition-wise, parsnip’s food value exceeds any other vegetable, other than potatoes which replaced it. The nutrients packed into this low calorie vegetable are surprising. A cup of parsnip has only 100 calories, less than half a gram of fat and is an excellent source of dietary fibre. They also pack a stack of vitamins and minerals including potassium, copper, manganese, phosphorus, several B-group vitamins, folate, Vitamin C and K. In addition some studies have found anti-oxidants in parsnip to have anti-inflammatory, anti-fungal and anti-cancer functions.

A small number of people are affected by furanocoumarin, which is contained in parsnip leaves. It can cause skin to burn on exposure to sunlight. Symptoms of phytophotodermatitis include redness, burning, blisters, and a dark discolouration on skin which can persist for some time. If you have sensitive skin, handle plants with gloves when in bright sunlight. Animals can also be affected where the skin is exposed. Parsnip should not be confused with hemlock (Conomium maculatum) which is highly poisonous. 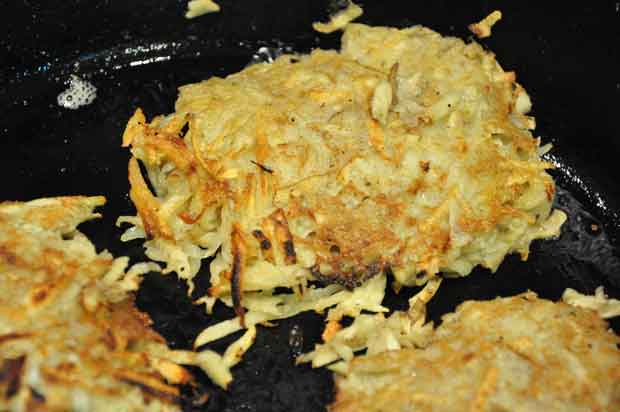 These are great with rare roast beef or to spice up your Sunday brunch.

Finely chop or grate the horseradish and garlic and mix well with the eggs, salt and a generous grinding of black pepper.

Wash the potatoes and parsnips and grate, leaving the skins on. Mix with the egg mixture.

Heat the oil in a heavy skillet or non-stick pan. Drop 3-4 handfuls of mixture into the hot oil, flattening each with an egg slice.

Cook a total of 5 minutes each side, but flip them a couple of times while cooking to get a brown, not black, colour.

Lift out and drain on absorbent paper in a warm oven while cooking the next batch. Makes 10-12. 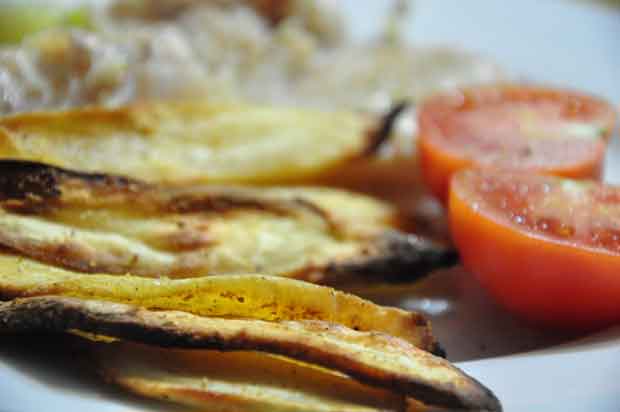 These are crisp, sweet and tasty, a little like kumara chips.

Pre-heat oven to 225°C. Peel the parsnips, cut in half and thinly slice lengthways, or cut into chip-thickness lengths.

In a bowl, mix the oil and the spices, together with a generous helping of freshly ground black pepper and salt – about another teaspoon in total.

Toss the cut parsnips in the oil and spice mixture to coat well. Line an oven tray with baking paper and spread the oil-coated parsnips in a single layer. Bake in the oven until cooked, about 30 minutes, turning once or twice while cooking. 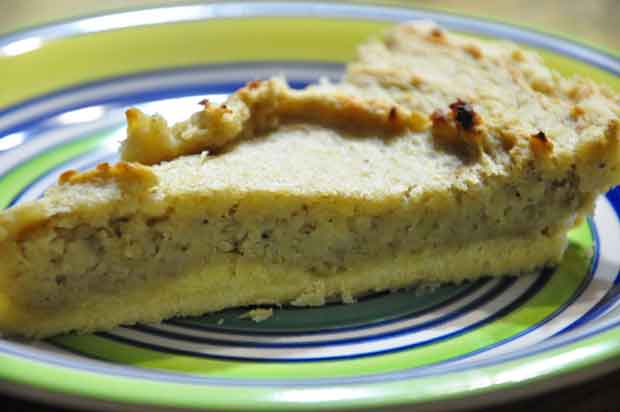 This is a delicious, nutritious dessert alternative.

Method
Sift the flour, salt and baking powder into a bowl, rub in the butter, then mix to a soft dough with a little cold water.

Press the dough evenly into a greased pie dish and trim to the top of the rim with a knife. Chill while you prepare the filling.

Peel and chop the parsnips, then simmer in salted water for 20-30 minutes until cooked.

Drain and mash – you should end up with about 3 cups of mash. Add the honey, eggs and spices and beat together until smooth.

Fill the pie case with the filling and smooth to the edges.

Remove from the oven and allow to cool. Serve warm or cold with cream, ice cream or yoghurt.