Behind the scenes on the Otago goldfields cavalcade 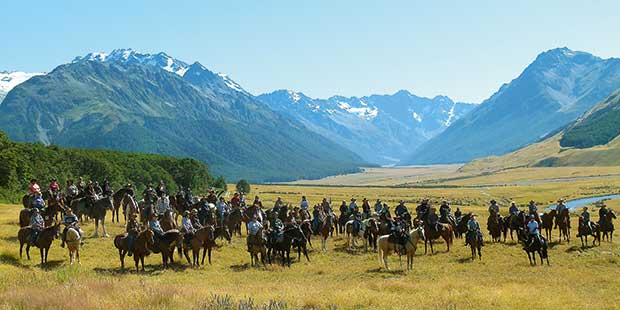 Small rural areas find it hard to attract tourists and business, but a dedicated group in Otago have turned the old goldfields into the high country ride of a lifetime, and a way to support local communities.

What: The Otago Goldfields Cavalcade
Where: various locations, all finishing in Owaka, 130km east of Invercargill
When: February 24 – March 3
Web: www.cavalcade.co.nz

When you run a cavalcade in dry, high country hills at the end of a long summer, you come up with some creative health and safety rules. “Central Otago in late summer is pretty dry,” says cavalcade organiser Terry Davis. “Luckily, and through diligence to the systems we have in place – smoking only allowed if standing in the middle of a river at least 5m wide – we haven’t started any fires yet.”

The original cavalcade back in 1991 was 220 people and 240 horses. It retraced the historic journey of the Cobb & Co Coach journey from Dunedin to the Dunstan Goldfield, via the Dunstan Trail.

This year will be the 26th cavalcade, and it’s a far bigger operation today. It is so popular there are now nine different trails, each with their own distinct character. Most people still ride horses, but you can also choose to do it on a horse-drawn wagon, take a walking or hiking trail, or – for the first time – cycle a trail.

“The combination of shingle rock, tussocks, shepherd’s huts, big expansive views without a road in sight, deer bounding across. It’s real New Zealand like it was 100 years ago.”

Following in the footsteps of early gold seekers in Central Otago has become an annual attraction for many people. There may not be gold in the hills anymore, but these modern-day adventurers do it for different reasons. There’s the comradely energy of other participants, the beauty of the varying terrain with its tussock hills, jagged rocks and mountains, the wild roaming deer and native falcon. You get a sense of New Zealand as it was 130 years ago. 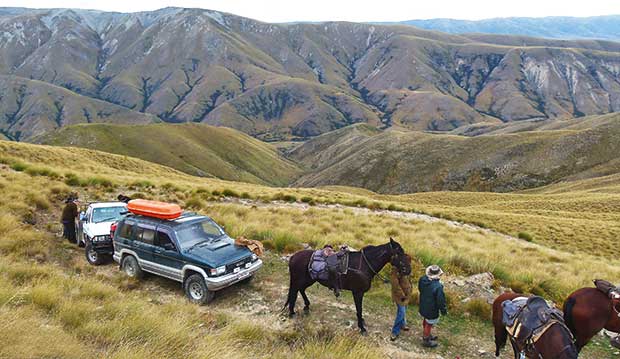 Behind the scenes is a team of volunteers who do the vast preparation and ensure everything runs well during the trails. Terry Davis says that the volunteers who run the event do a power of work and take on considerable stress and worry to make the trails happen. Each one has a dedicated crew: a trail boss, wranglers on horse trails, and leaders on the walking and cycle trails. There are landowners to persuade, health and safety rules to take care of, accommodation and food for people and animals, all provided for in the price.

“There are gophers and first aiders who plan the trails, logistics, and look after everyone for the week,” says Terry. “But the greatest thing they do is to create a feeling of family.”

The result is something very special. “The chance to get into remote high country stations is such a privilege. We really have to thank the landowners as it’s a rare treat these days. The scenery is exhilarating. Central Otago is like no other part of the country.

“You spend six days with a group of strangers who end up becoming firm friends. We ride with people who muster for a living and get to hear stories from landowners about how the land was settled. It’s quite humbling to realise how tough life is in the remote high country.” 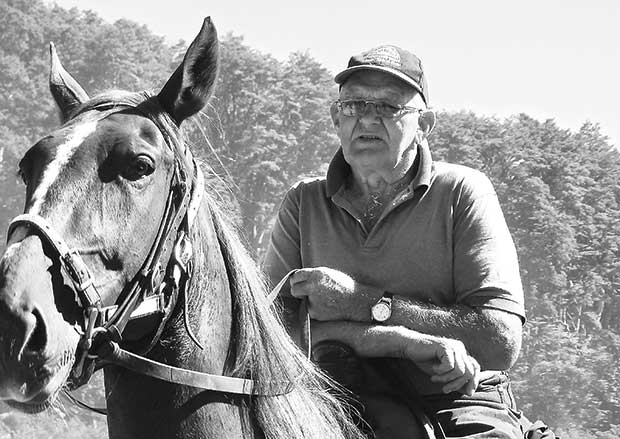 Each year, the cavalcade starts from different points and follows different trails through a range of communities. This year, it’s finishing in Owaka, east of Invercargill.
It’s a big deal for these rural areas. Many are the remnants of old mining towns and the ruins of once-thriving communities. The cavalcade is a unique opportunity for locals to take part and raise money.

Back in the early 1990s, before the Otago Central Rail Trail, rural Central Otago was quite economically depressed. When the cavalade was started by the Otago Goldfields Heritage Trust, Terry says they quickly realised it could play a big part in local tourism and fundraising.

“The cavalcade was developed, in part, to inject some cash into these small communities by getting them to provide services and meals to the trails along the way,” says Terry. “A local school might earn several thousand dollars in one hit by providing dinner for a group of cavalcaders via donated produce.”

Each year the destination changes. Host towns get to show off their association with the Otago gold rush era, and raise money for the community. On the last day there’s a party atmosphere as everyone celebrates their achievements. It might be a different town every year, but one thing stays the same, says Terry Davis. “The real reason they keep coming back year after year is that it’s just the best annual family gathering.” “The combination of shingle rock, tussocks, shepherd’s huts, big expansive views without a road in sight, deer bounding across. It’s real New Zealand like it was 100 years ago.” – Sue Worthington, trail rider

“The greatest thing they do is create a feeling of family.”

WHAT YOU NEED FOR A GOOD TRAIL RIDE 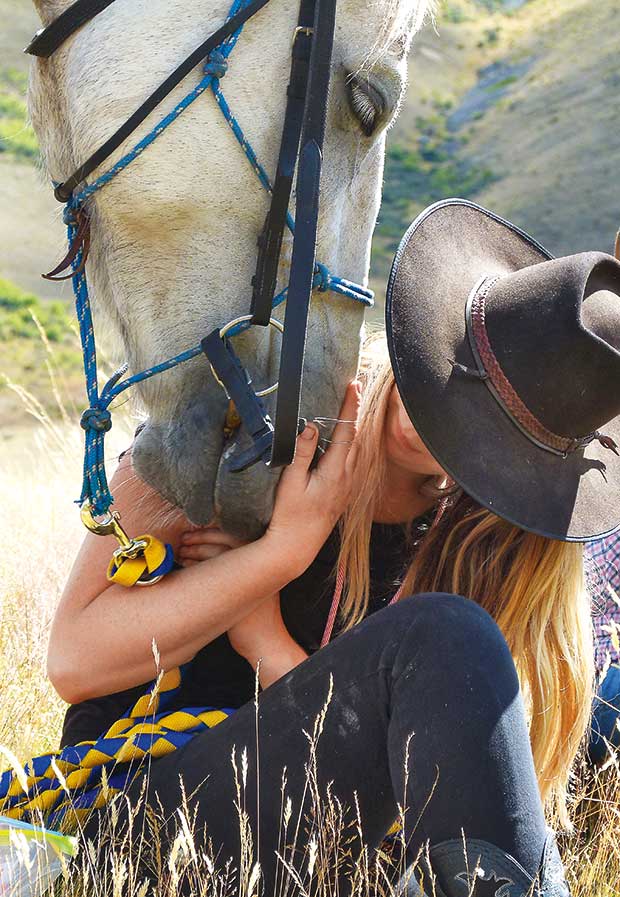 When deciding to ride on the cavalcade, you need to consider the following.

THE HORSE
You might love your horse and feel he or she is perfect for the job, but there are definite aspects that make for a good trail horse. 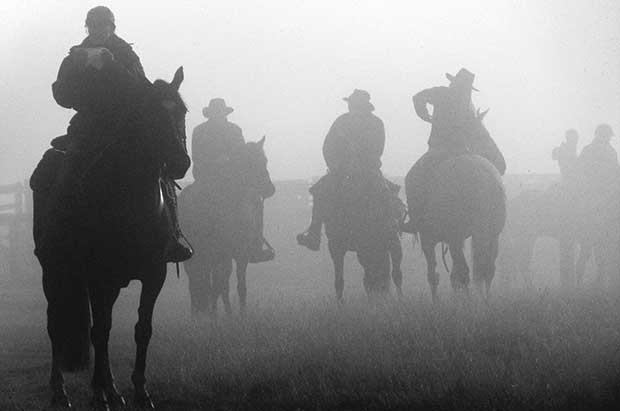 • there is no breed restriction, but you can’t ride a stallion, rig or mare in foal
• horses must be over five years
• it is imperative that a horse is fit
• a horse must be well-behaved and not ‘fizzy’ in a group
• must be freshly shod and riders are advised to carry spare shoes

Thick saddle blankets are required to protect the horse’s back from carrying a saddle and rider for many hours. Horses eed to be rugged up overnight as the days are hot, but the nights get very cold. The trail boss and wranglers keep a watchful eye, ensuring the safety of horses and riders, observing for signs of possible stress of all animals throughout.

THE RIDER
For riders it is a time to bond with their horse. It will be carrying you through rivers, bogs, rocky terrain, and you’ll be facing challenges you’ve likely never experienced as the terrain can sometimes be risky.

You’ll be roughing it. Each night is spent in a woolshed or tent. There are long drops or portable toilets. If you’re lucky there’s a creek or river nearby where you can have a brisk freshen-up. Some who prefer a little home comfort have trucks and camper vans brought in by back-up drivers.  After seven or more hours in the saddle, once your horse is attended to, rugged, hard-fed, and put out to pasture, you will be rewarded with a hearty meal. Riders carry personal items they need (or desire) on the ride such as:
• a spare set of socks (there are many creeks and rivers to cross)
• gloves
• hat
• army knife
• flask of tea
• jet plane lollies
• camera
• arnica 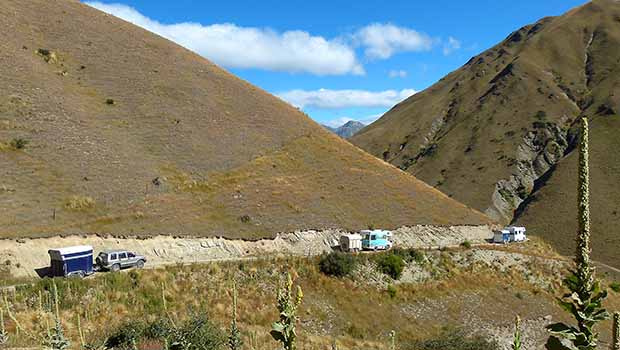 Most riders have a drizabone coat tied to the back of their saddle in case a southerly storm comes in. A back-up team takes in horse feed, rugs and other items required for the evening. 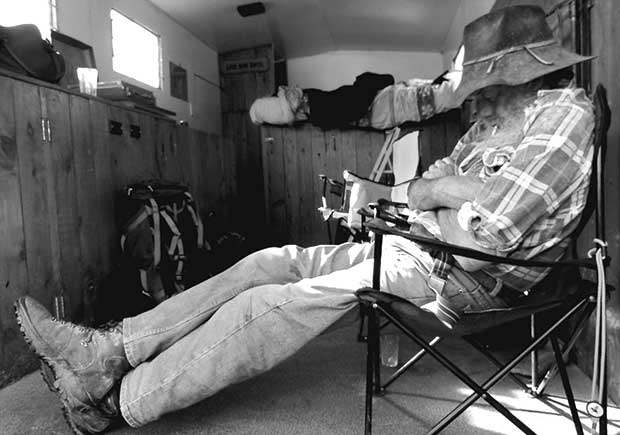 TIPS FROM AN EXPERIENCED RIDER

There are no cold beans on the cavalcade. You earn a good breakfast says regular rider Sue Worthington.  “On our trail we have an awesome catering company, Rusty Carrot, doing the cooking. The food is delicious: fresh-baked bread, roast pork, sticky date pudding, and big cooked breakfasts. It’s a well-earned luxury!” She describes riding a cavalcade trail as challenging. “But not super hard. The ride itself is more than fun – it is exhilarating, even though it is a challenge, sliding down steep slopes, going through small bogs. 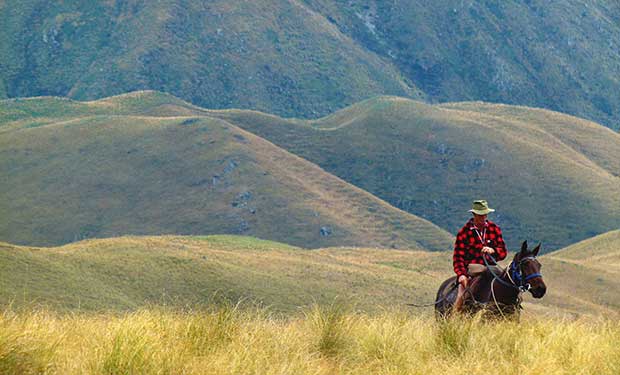 One of the rewards is you also form a huge bond with your horse who you have trusted to take you through anything.” Like so many who do the cavalcade, she can’t stop coming back.

“It’s such a great time, and such good weather that you can’t wait, every year, to come back and do it again. We have people from the States and Australia who come over, but mostly we get New Zealanders.”

SUE’S TIPS FOR ANYONE CONSIDERING THE CAVALCADE 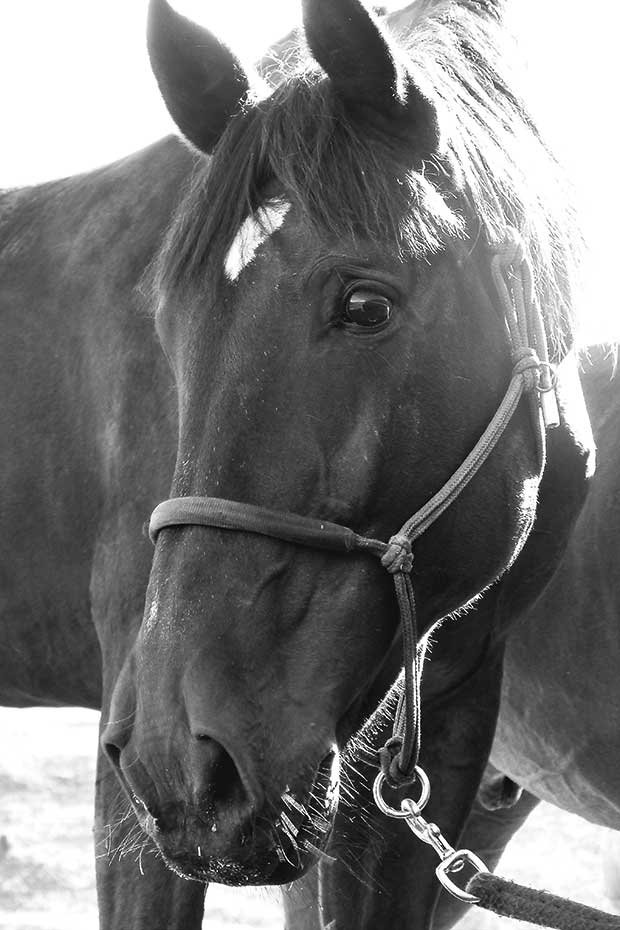 • Think about doing it as a group, or even as a once-in-a-lifetime family ride – it’s great to see younger riders come and have a memorable time.
• Be sure of your horse – it may be ok on its own but in a group of 50 it may get excited and jiggle for seven or more hours.
“That’s hard on the bum,” says Sue.
• Try shorter weekend rides first with large groups and see how you go. 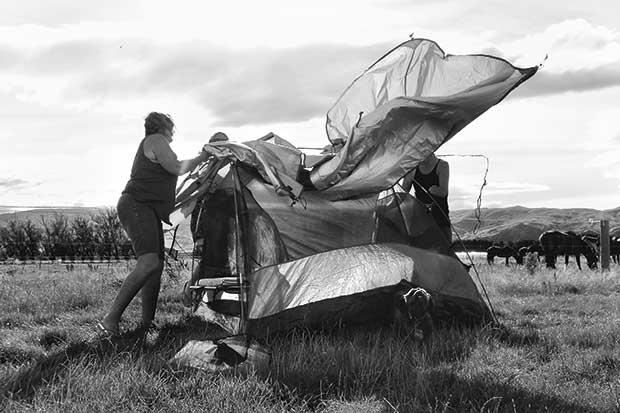 • If you’re nervous on the first day, hang out the back with the wranglers. They give good advice, their horses are quieter, and if you get stuck, they provide a steady hand.
• Pick the trail that’s right for you as some are easier, others tougher.
• Get ride-fit. It’s important, says Sue, because spending seven or more hours in the saddle is tiring and you don’t want to miss out on the evening fun. Her training regime includes a lot of walking and gym work.
• Fitness of a cavalcade horse is important too. In 2017, Sue borrowed friend Jacqui Parson’s 22-year-young appaloosa, Music. 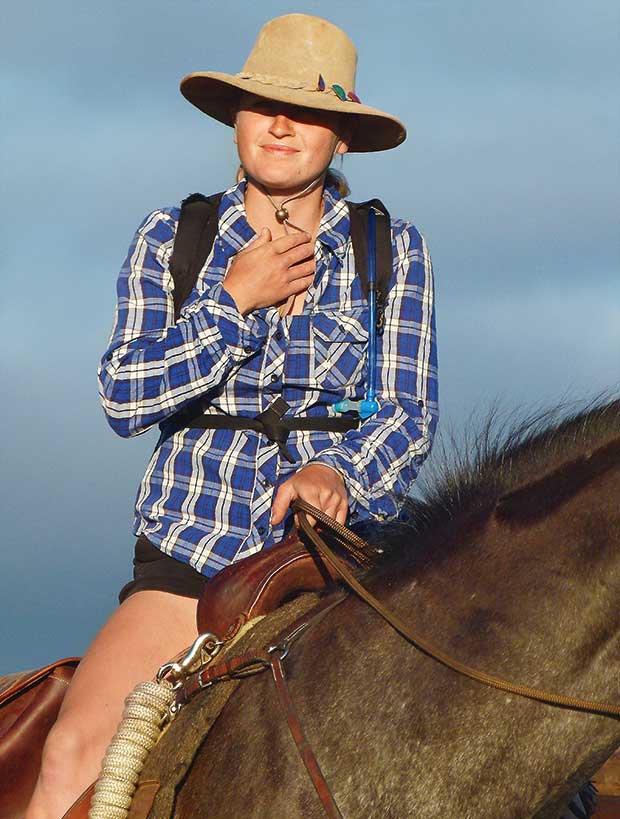 “He’s the toughest little mountain goat around,” says Sue, but she still worked on his fitness. She started riding him six weeks out, one or two 2.5-hour rides and one 4 hour ride a week on hills on the Parson’s property.  “As they get fitter, the hills get steeper which gets their lung capacity up and strengthens their backs.”