Round cucumber varieties to try 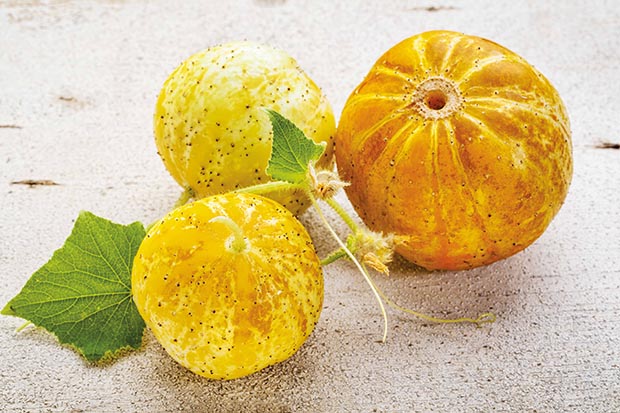 If you like the long green cucumbers, you’re going to love these extraordinary orbs.

My husband loves cucumbers. He devours cucumbers like apples, straight off the vine without peeling. His all-time favourite is the heirloom apple or lemon cucumber, a mild, crisp, apple-shaped cucumber which ripens to a lemony-gold colour about tennis ball size.

It’s at the top of his seed order list every year and it’s the end of the world if I don’t grow some. From the gardener’s viewpoint, lemon cucumber is more than worth its garden space. It bears prolifically, withstands bad drought conditions more than other cucumbers, resists rust, and continues to produce when the temperatures drop. You never have to worry about keeping them – there will be more on the vine tomorrow – and you can eat them in one meal and give the extras to friends. 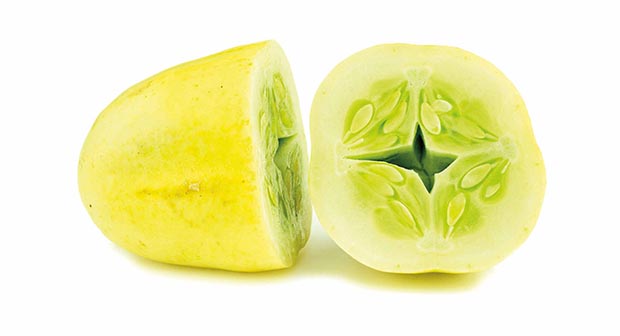 Lemon cucumbers don’t have a lemon taste but they are milder tasting than other cucumbers and when picked young, the skin is not bitter. They are also considered one of the hardiest cucumbers. Last year we tried the variety Crystal Apple with its smooth, whitish, egg-like fruit. If it weren’t for the soft prickles which develop on fruit as they ripen, you could be forgiven for thinking the plants were bearing eggs. This season we also tried the Oriental cucumber Soo Yoh. This cucumber has high heat tolerance – it was not in the least perturbed when our greenhouse temperatures swept up to 40°C in our summer heat wave. However, watching it mature, I was sceptical it would even be edible. The long, dark green fruit ribbed with high spines looked more like something that would repel pests. But once peeled and sliced, it was delicious with a sweet, slightly nutty flavour.

Cucumbers are one of the oldest vegetables with records of cultivation dating back some 3000 years. Cleopatra was reputed to have used cucumber to preserve her beautiful, milky white skin. The Roman emperor Tiberius was in love with cucumber, insisting his poor gardeners produce it 365 days of the year. Cucumbers were first recorded in India, home of the classic curry complement, the cucumber and yoghurt dish called raita.

COOL AS A CUCUMBER 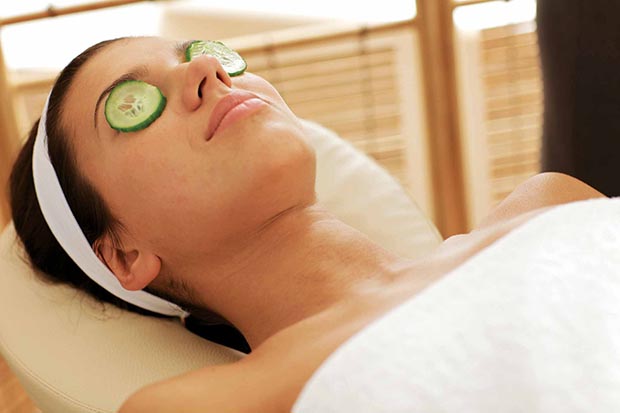 Few foods are as cool as cucumber and the fruits have traditionally been used to heal and soothe an irritated skin, whether from the effects of sun, wind, or otherwise.
Since ancient times the juice has been used to make the skin white and soft, while today cucumber juice is still used in commercial cosmetic preparations.

But it doesn’t have to be complicated or expensive. A quick remedy for puffy eyes and eye strain is to place a slice of cucumber over each eye and rest in a darkened room for 5-10 minutes. Your eyes will thank you, especially if you spend hours in front of a computer screen, and you can forget about expensive and largely ineffective commercial eye lotions.

Cucumber juice can be safely applied to the skin, so the next time you find yourself fossicking through the cupboards for something to relieve sunburn, remember nature’s cooling fruit. Relief may be in your fridge.

Cucumber was traditionally used for eliminating water from the body. The juice was called a tonic and it was believed to ‘clean’ and tone the intestines and kidneys. Today it’s used to soothe irritated bladders and cystitis and may benefit eczema. It contains phytonutrients curcubitans and lignans, which are attracting interest for their possible anti-cancer benefits but more research is needed. There is also interest in extract of cucumber as a ‘cholesterol buster.’