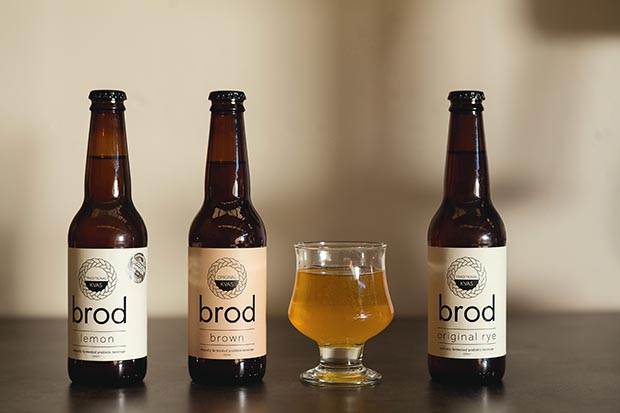 A Christchurch-based couple who met in Russia had a gut feeling a tasty new probiotic would be a hit in New Zealand. They were right

The food world is in ferment; wild yeasts, moulds and bacteria are the new darlings of the artisan movement, providing not only sourdough, sauerkraut and funky flavoured cheeses but also a slew of new/old beverages – sour beers, orange wines and probiotic  soft drinks.

Kefir and kombucha dominate the latter category, ancient drinks that have been rediscovered and reinvented with enough variety to surely have reached peak probiotic. Think again. The latest addition is new – kvas, a lacto-fermented drink wildly popular in Russia.

Brod Kvas – New Zealand’s first and only kvas – is brewed in Christchurch by Jack Bristow and his wife Sabina Sabirova-Bristow. The couple emigrated from Russia with their three children three years ago and saw a business opportunity in the drink that’s been part of the Slavic culture for at least 2000 years. 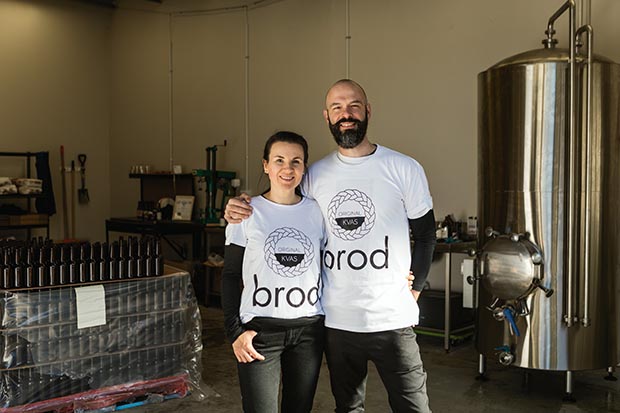 “The kvas market is as big as all the other soft drinks put together,” says Jack. “Coca-Cola and Pepsi were unable to make any profit for years in Russia, so they started making kvas.” Some might call that a triumph of East over West, Jack thinks it’s more a matter of taste – Russians don’t like so much sugar.

Nowadays, the big companies make kvas from concentrate and bottle it by the litre in PET plastic, but many families – like Sabina’s – still brew their own at home in the traditional way.

The essential ingredient is dark rye bread of the sort that’s eaten across Russia. Leftover crusts are baked hard then soaked in water sweetened with a little sugar. An ambient temperature of 30 degrees Celsius kicks off the lactic acid bacteria that get to work on the sugars, producing a drink that’s refreshingly sour and spritzy. It is vaguely reminiscent of a weak beer, but with less than one per cent alcohol it’s easy to drink in large quantities, as Russians do. 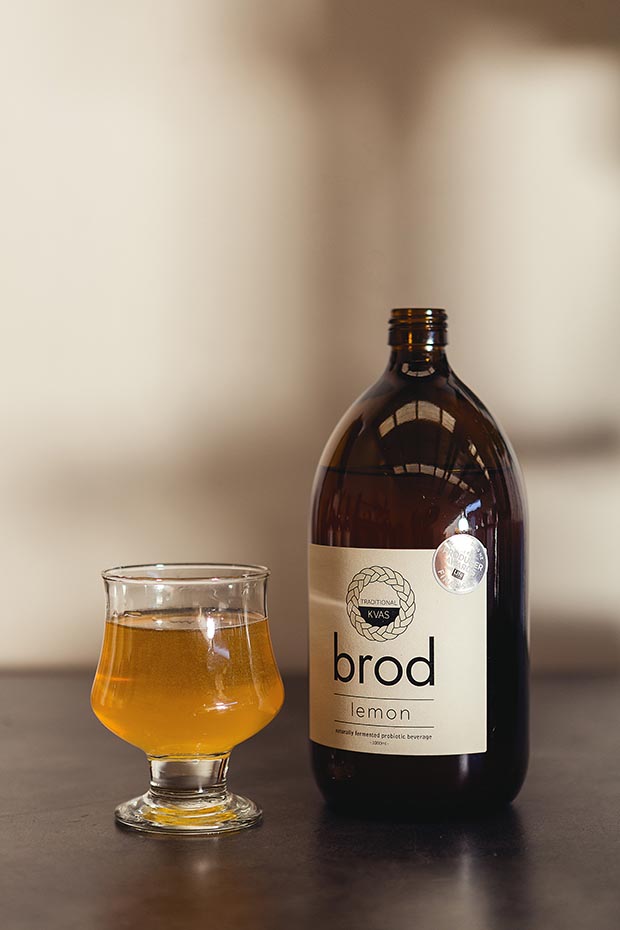 It’s also one of the only drinks the Russians serve cold. Kvas was sold on the streets in summer, Sabrina remembers.

“There would be barrels on wheels and a woman sitting there filling mugs or bottles for people to take home. That’s how it was.” It’s a tradition that’s coming back, along with a growing number of smaller companies making kvas flavoured with berries, lemon or herbs according to the region.

Jack first came across it as a foreign (UK) student studying at the University of Kazan – Russia’s Tartar capital and Sabina’s hometown. He arrived soon after the collapse of the Soviet Union and, inspired by the optimism of the times, moved to Moscow where he stayed for 17 years working as a translator while Sabina pursued a career in marketing. They left for family reasons, following in the footsteps of Jack’s parents and sister who had emigrated to New Zealand some years before.

Keen to establish their own business, and encouraged by the success of kombucha, Jack started testing his home brew at Christchurch Farmers’ Market. His first few batches sold to a loyal contingent of delighted Russians and a few curious Cantabrians whose enthusiasm gave Jack and Sabina the confidence to invest in a custom-built 1200-litre fermenter, now installed in a former brewery in Wigram. 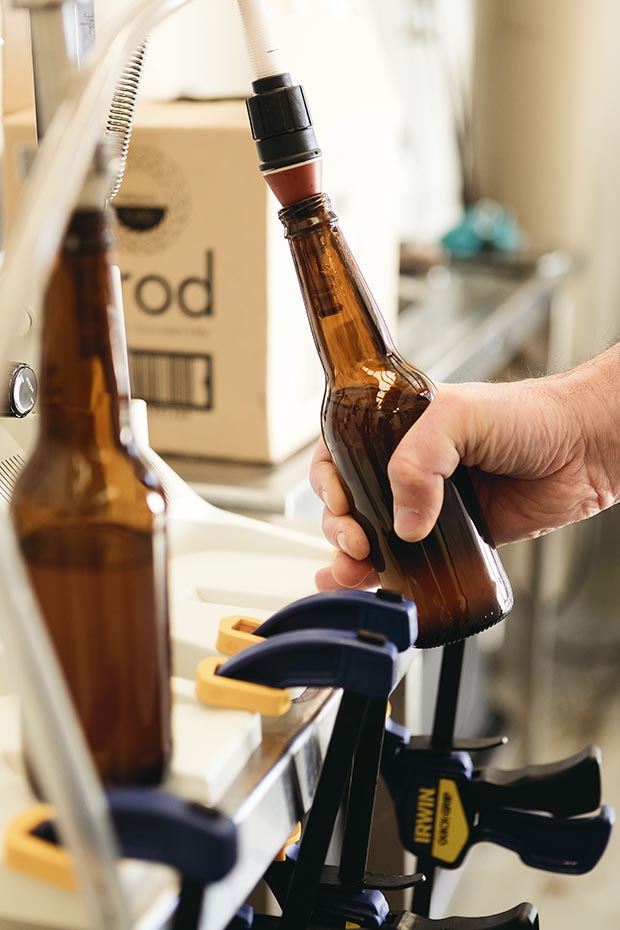 Upscaling the homestyle recipe was tricky but Brod Kvas succeeds in retaining its artisan character. It’s made with dark rye and coriander seed bread that’s baked offsite and delivered in molar-cracking slabs that rattle in the bag like dog biscuits. These “croutons” are fermented with sultanas and a small amount of sugar but no added yeast. The purely lactic fermentation gives the drink a lighter, fresher taste that’s pleasantly sour with no yeasty flavours.

Jack says his traditional kvas would be instantly recognizable as the real thing in Russia, as would his lemon and blueberry versions. But the rest would raise a few eyebrows. His personal favourite is brewed with the addition of coffee, cinnamon and cloves; another combines rose buds and cardamom.

“Nobody uses these ingredients in kvas anywhere in the world. I’m the only person who makes it like this,” he says prising the cap off a bottle that fizzes with lavender, cacao and lemon.

“Things that go well in craft beer – I’ve thought why wouldn’t they go well in kvas?” And they do. His combinations are quirky but well balanced and nicely understated, just like the label, which stands out for its stylish simplicity. 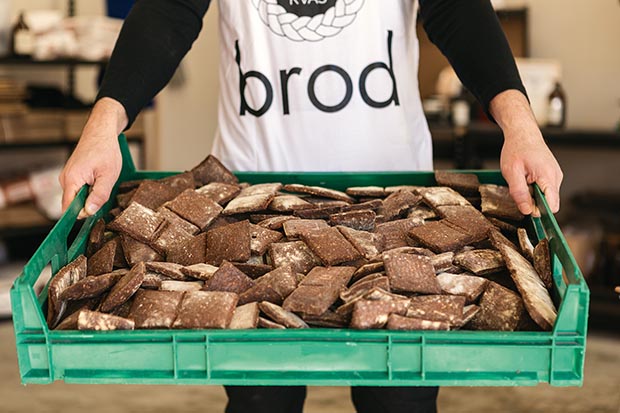 The product is premium, bottled in glass, not plastic. And although sold as a naturally fermented probiotic, those words are writ small on the label.

“Health-food trends are always changing,” says Sabina, “and that’s why we don’t want to get into that.” She says lab tests confirm the presence of lactobacillus – the same bacterium that occurs in yoghurt and sauerkraut – but the couple makes no claims that drinking kvas will provide specific health benefits.

They are aiming at a much wider market – people who want a low-sugar, non-alcoholic, grown-up soft drink that’s made with natural ingredients.

Currently the range is sold online and stocked in just a few outlets (including Moore Wilson’s and Farro Fresh) but with the business already turning a small profit, they’re heartened by the way New Zealanders are taking to their national drink.

At a time when Russia is in the news for all the wrong reasons they say it’s nice to introduce New Zealanders to something that’s good.

“It’s really inspiring,” says Sabina. “We’re bringing Russian culture into a totally different culture, and we see that it works.”

Jack and Sabina’s Brod Lemon kvas was a finalist in the recent Outstanding Food Producer Awards 2017.