The scientific reasons why chicken producers don’t use growth hormones 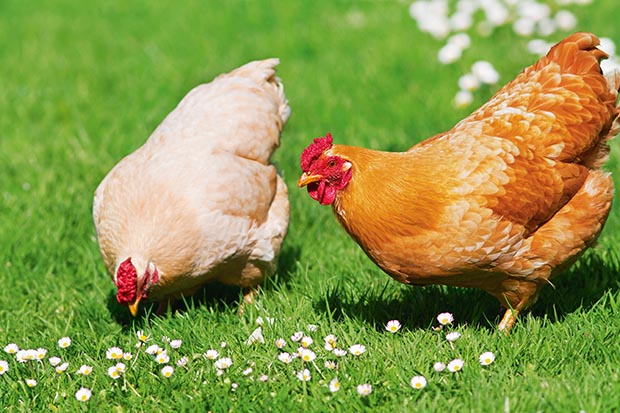 One of the enduring myths about commercial poultry is that poultry producers worldwide use growth hormones to make broilers grow faster and produce more meat.

The use of hormones for any growth promotion purposes has been banned in New Zealand since the 1970s – and existing records show they were never used here before then anyway – and in the EU since 1981.

Scientists at the Department of Poultry Science in the Universidad Nacional Autonoma de Mexico have recently led a review of the scientific reasons why poultry are not fed hormones, with their work published in the May 2016 issue of Trends in Food Science & Technology. They felt the world needed a scientific explanation of the reasons why, which could then be provided to professionals such as policy makers, health providers and food industry workers to address consumer concerns.

HORMONES SIMPLY DO NOT HAVE TIME TO WORK
Meat birds (broilers) grow so fast, they reach market weight before they reach sexual maturity and the hormones have no physiological effects.

One example is the hormone somatotropin. The scientists describe how a number of studies showed that there were only minor, transitory or absent growth responses after providing this hormone to chickens.

Somatotropin normally works by increasing the production of proteins known as insulin-like growth factors, which then go on to stimulate growth, but this increase was not observed in chickens.

In addition, research has shown that steroid hormones like oestrogen and androgens (and male hormones like testosterone) do not stimulate growth in chickens either. Indeed, research suggests that androgens might even make rates of growth go down. THE COST OF GROWTH HORMONES IS PROHIBITIVE
Commercial poultry farmers have to maximise efficiency and product yield while minimising costs to remain profitable, and recoup the considerable investment of starting and running a farm.

If growth hormone implants were used in poultry, the estimated cost would be between (approximately) NZ$2.40-$4.80 per chicken, which would be over 10 times more expensive than the entire estimated total cost of vaccines, electricity and heating required per chicken (NZ 20-34c/bird).

Such costs would be too high for poultry producers to absorb, the retail price of the meat would have to rise to compensate, and poultry would no longer be the most economical meat
for consumers.

WHY IT CAN GET VERY CONFUSING
Growth hormone use in poultry farming has been banned in the USA for more than 50 years, but a survey conducted in 2015 found that 60% of US parents were concerned about hormones and steroids in meat, poultry and dairy products.

Adding to the confusion, many chicken retailers in the USA put ‘raised without hormones’ onto their labels, despite the fact that hormone addition is illegal. A survey this year found that over 60% of US consumers find chicken labels and packaging confusing.