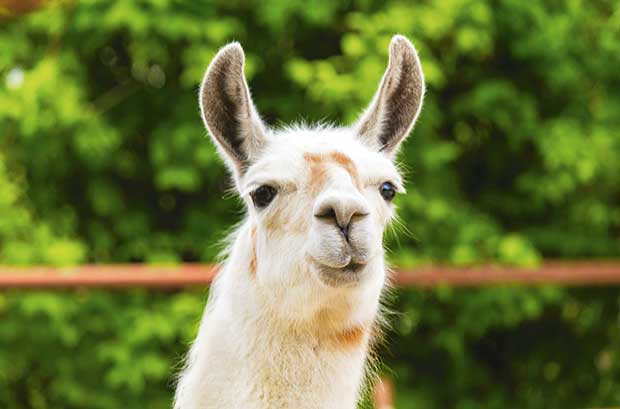 A simple nasal spray using antibodies produced by llamas could give humans full protection from the flu.

Scientists may have found the key ingredient for a universal flu vaccine: llamas.

A team of international scientists, led by researchers from California’s Scripps Research Institute, has generated a new anti-flu antibody. It provides a long-lasting and universal protection from a wide variety of influenza A and B viruses, including avian-borne strains like H1N1.

Scientists chose to use llamas due to their unusual immune system. Llamas produce skinnier antibodies than those produced by humans. These find it easier to reach otherwise inaccessible crevices commonly found on many flu viruses, targetting them with far greater success.

In the research, llamas were infected with a variety of flu viruses. Scientists then took blood and isolated the strongest antibodies produced by the llamas from it. The antibodies were used to create a nasal spray which deposits genetic information into the lining of the nose.

In tests on mice, the recipient mouse’s body responded by producing the flu-killing antibodies. Test mice were given deadly doses of 60 different flu strains. In all but one case (a bird flu not known to infect humans), the spray offered complete protection, preventing the viruses from multiplying.

What scientists like about the method is it is injection-free, and will work well in the elderly. The older a person gets, the less immune response they have to a traditional vaccine, making older people more vulnerable to contracting flu.

It’s also possible it could be immediately effective at the onset of an influenza pandemic.