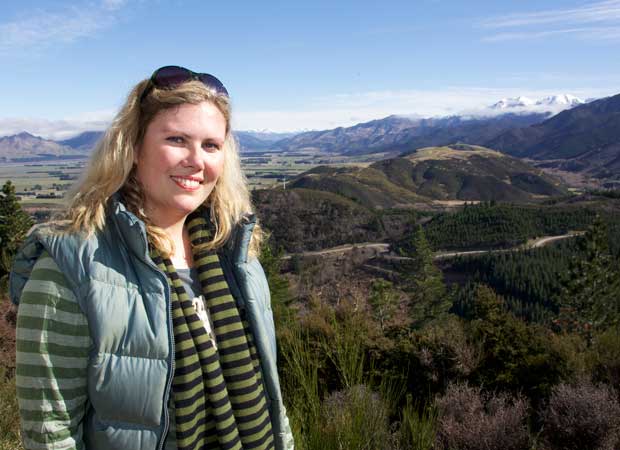 In September we’re showcasing New Zealand’s organic producers and environmental heroes. Today meet marine scientist Dr Sea Rottman who will soon depart on an all-female expedition to Antarctica – just one of many adventures in her life.

Cannibals, snake doctors and shark attacks are as far removed from the hills of Austria as a young girl could imagine. But growing up in a landlocked country with aspirations of becoming a Jacques Cousteau-style eco warrior, Sandra Rotmann began mapping the path to realising her dreams as a child.

Now Dr Sea Rotmann – she couldn’t endure the drawl of Saaaaandra in Australia, where she studied marine biology – is based in New Zealand and is a roving educator of energy efficiency for the International Energy Agency.

She’s also soon to embark on a world-first expedition to Antarctica. The trip is part of Homeward Bound, a year-long program that will see 77 women scientists from around the world developing strategic leadership skills with a focus on climate research and sustainability.

It was during a dive trip in Fiordland in 2014 with friends – and foes – that Sea learnt about the Homeward Bound initiative. The night dive was also the scene of the shark attack by a sevengill shark, one of the most aggressive in our waters. “I pushed it away once but it came back and I had to punch it, then it just went back to sleep,” she says.

If that sounds a bit all-in-a-day’s-work, Dr Rotmann was keen enough to get out of the water at the end of the dive that she tore her rotator cuff. “I’m pretty sure I got the ACC claim of 2014 for that one,” she laughs. Shark encounter over, she was barely dry before applying for Homeward Bound and the chance to explore Antarctic waters. She joins three other New Zealand scientists on the program.

“We all have a lot of expectations and trepidations about the trip, that it may not fulfil all that we are dreaming of, but I’m hoping it will be more than anything we can imagine. It’s a first – we are the guinea pigs in creating an incredible leadership cohort of strong and intelligent females who can help the world out,” says Dr Rotmann, who is also keen to see a shake-up in the science sector, which represents some of the greatest inequalities between the sexes. 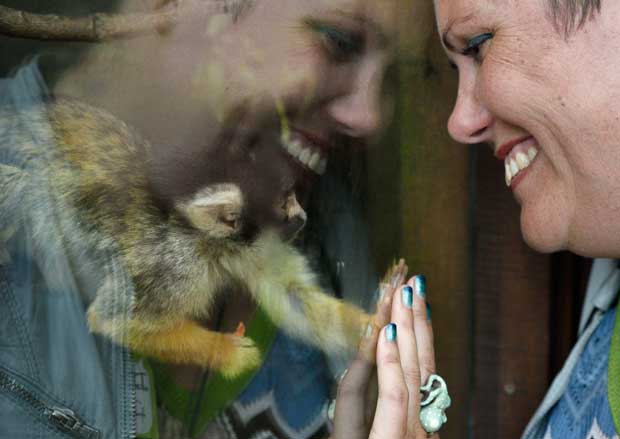 While octopus and giant quid are her favourite marine animals, Sea shows a soft spot for primates.

While octopus and squid may be among her favourite sea creatures, the scientist also has a huge love for humanity.

“I did my PhD in Papua New Guinea and the fieldwork was with cannibals and snake doctors. There’s probably no country more different from Austria than Papua New Guinea – it is so wild, so honest. It probably changed my outlook on life more than anything I’ve ever done.

“In a lot of ways I found the people and their society a lot more honest and happier in the way they conduct themselves. I made friends for life. Adapting to such a different culture and being made a wontok – someone who is like a relative – is probably my greatest achievement as a human being.”

LOVE AND LORD OF THE RINGS

While it was research that took her to Papua New Guinea, it was disillusionment that eventually led her to New Zealand. Appalled by the practices used to capture fish and sea life for study purposes at the Australian university where she did marine biology, her protestations led to an extremely uncomfortable working environment. The ensuing unhappiness led to her obsession with all things Lord of the Rings.

“I became a massive Tolkien nerd and I basically stalked the Weta Workshop designer who created Gollum.” In New Zealand for the premiere of Return of the Kings, she actually met the object of her affection. “We ended up getting married and that’s how I came to be here. Having studied tropical coral reefs for 10 years, I found myself in a place where there are none. I couldn’t get a job in marine biology and ended up in energy efficiency.”

She now travels the globe educating governments and organisations on the dynamics of consumption and behaviour change around that issue. “If we manage to reduce our energy consumption, and halt this crazy train of climate change, I can have more of an impact than if I’d stayed with marine biology and the studies I did on coral behaviour and the devastating bleaching it’s undergoing.”
To find out more about Homeward Bound, visit homewardboundprojects.com.au

Dr Sea Rottman’s motto: “No truly sane person has ever changed the world.”