She’s a hard job, wool handling. For some, it’s harder than shearing. Pagan Karauria of Central Otago says that’s the case for her, and she’s a master wool handler as well as a shearer.

One in 40 shearers in New Zealand is female. Women work side by side with the men in the annual round of competitions that culminate in the Golden Shears, the world’s premier shearing and wool-handling championship in Masterton every March.

Pagan features in Jack Nichols’ splendidly crafted documentary She Shears, which impressed audiences at the New Zealand International Film Festival a few months ago with its account of five women competing openly with men in the Golden Shears. The documentary is now showing in cinemas throughout the country. 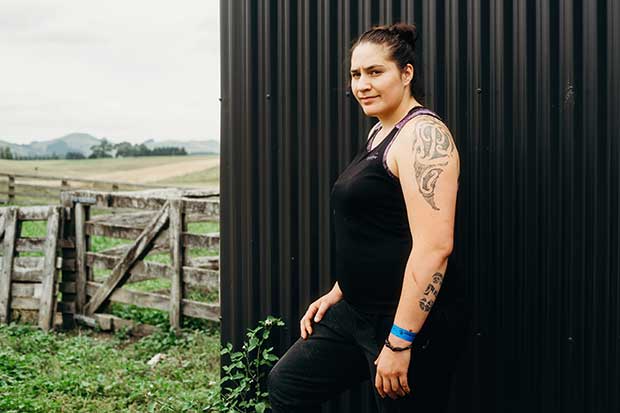 “Everyone I know loves it and the way it portrays the industry,” she says. “I’m getting heaps of messages every day.”

Most New Zealanders are aware of what’s involved in shearing – the gruelling work of dragging hundreds of sheep each day out of the pens, tipping them belly side up and shearing away the wool with either mechanical or blade sheers. But they are not so familiar with the details of wool handling.

The skill involves gathering the fleece as it comes off the sheep and throwing it onto the table in precisely the right way before accurately skirting it – ripping away the greasy black bits from around the edges and removing all the faults. These include any stained wool, short pieces, anything with dags. Then there’s the shaking down and bundling of the fleece, all within 30 seconds flat.

“The wool handlers work in a team and need good communication skills and lots of patience,” Pagan says.

“You’re never working on your own time; you’re always working with the shearers. You need speed and accuracy, and you need good peripheral vision because sheep are running around and people moving all over the place. Then you need to use the broom properly – it’s not like sweeping the kitchen floor.”

It takes years of working in the wool industry and winning at least 15 open competitions in the shearing sports throughout the country to become a master wool handler. 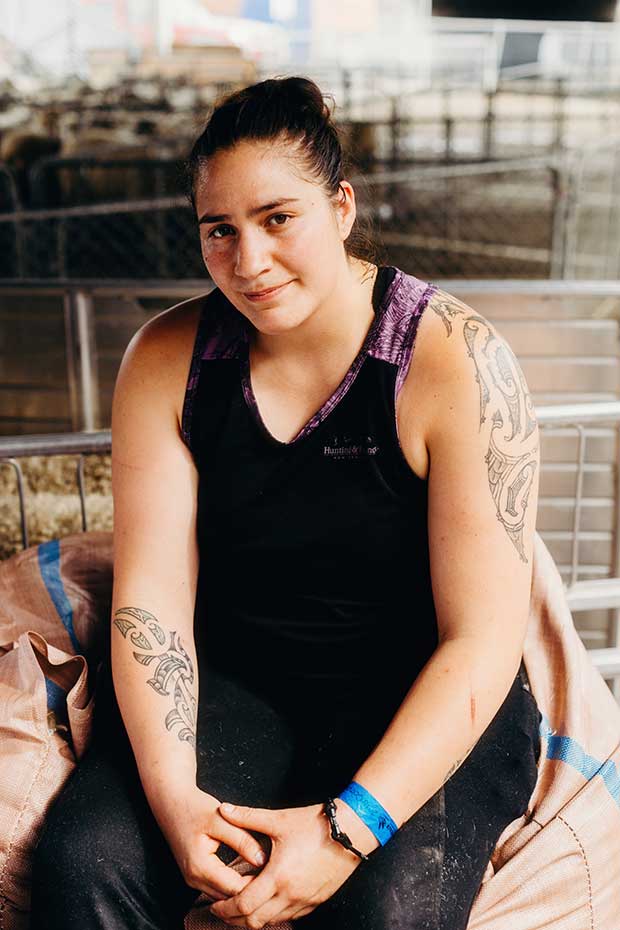 Pagan achieved the title on 29 September this year. “It took 12 years for me to accumulate enough wins to achieve master wool-handler status,” she says. “I also won the Fine Wool Award in May based on test results for classing fine wool clips in New Zealand.”

Pagan works for her father, champion shearer Dion Morell, whose Central Otago contract-shearing business provides year-round employment for nearly 30 shearers, wool handlers, wool classers, wool pressers and rowsies. In the peak seasons from mid-July to mid-October and again from January to the end of March, he employs 80 to 100 staff.

“I shear for my father all year round and class wool for eight weeks each year,” she says. Her mother, Tina Rimene, is also immersed in the business as a master wool handler and wool classer. Pagan has three brother and five sisters; only one works in the sheds, and she’s a wool handler.

“Shearing is hard on the body unless you look after yourself. You work 12-hour days so you can’t spend your time off sitting around drinking beer. You have to make sure everything’s organized for the following day and allow for enough rest. You lose so much sweat when you’re shearing and wool handling you need to keep yourself hydrated. Ideally, you’d have no toxins. No beer in your system. But some do indulge. 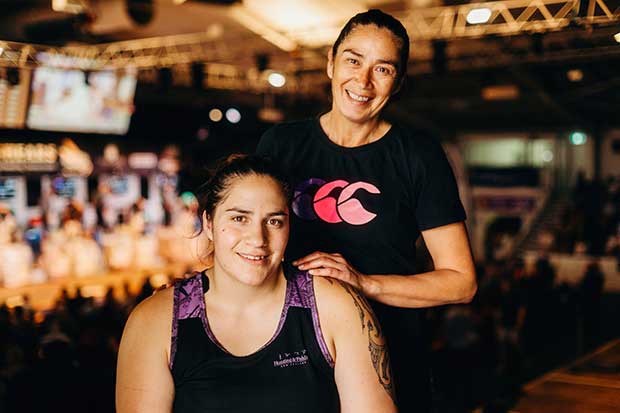 Pagan with her mum.

“Wool handling is harder for me than shearing because you’re using your body differently, so although I am still entering competitions, I stopped doing it for a job seven years ago.”
That was about the time Pagan was involved in a car accident where she broke her back, and two of her good friends were killed.

More stories you might like:
The secret to award-winning cheese: A Northland cheesemaker insists it's all about the (sheep) milk

“I had a T6 fracture, terrible internal injuries and emotional trauma. It took two years before I could work one hour a day and five years before I could work full time. Along with the physical recovery, it took a while to become mentally fit. I lost some of my memory due to concussion and had to teach myself how to do the work again. Even today I have to have constant physio and chiro sessions.”

Despite her injuries, at the age of 30 and with 15 years in the industry, Pagan has trained and mentored hundreds of women for shed work as well as competitions. And she would recommend the way of life to anyone.
“I’m having the time of my life flying around the country, chasing shearing and wool-handling shows. It’s easy to get into the job as a shearer or wool handler if you’re fairly fit,” she says. “A trainer will take you into the shed for two days, and after that you’ll usually be asked to stay on. The leading shed hand looks after the learners and there are always new people learning.” 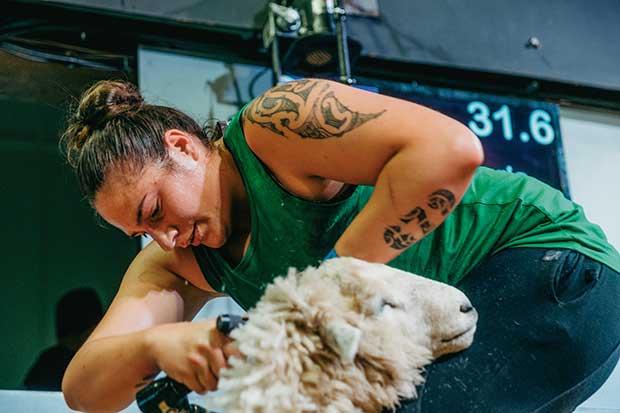 THE STORY OF PAGAN’S TATTOOS
There’s a story to Pagan’s tattoos, which are based on traditional Mãori designs. “Ta moko around my right forearm represents the life I share with my husband, Tamihana Karauria. The one on my shoulder is my nan who’s passed away. And I created the one on my left forearm. It’s the number 679 in a Mãori design. It’s my father’s first shearing record, and although he has shorn more sheep than that in a day, it’s his most cherished tally. In many ways it represents our family.”

More stories you might like:
How Willy Coenradi is reviving antique printing presses — one letter at a time
Discuss This Article