Solar 101: How it works and what to know before investing in solar panels 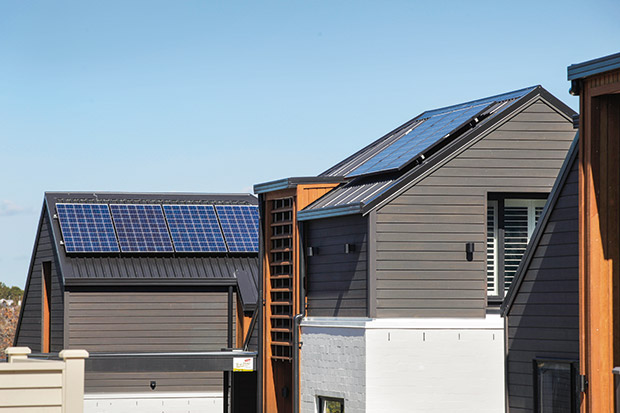 Solar power is an important source of renewable energy. Think it might be useful at home? Here are some things to keep in mind.

Solar-power generation and heating may be a good option for most New Zealand households, especially those in sunny climes. However, the systems are expensive.

Photovoltaic panels generate electricity directly from sunlight, converting solar radiation into electricity that can be used immediately or stored in a battery bank for later use. Thermal hot-water systems just heat water.

Urban households using solar-power generation generally keep a connection to the main grid to provide a boost through the winter months or when energy demands increase. Panels are angled towards the sun and moved as the seasons change.

Extra electricity can be stored, but if the house is connected to the grid, a storage bank might not be necessary. Grid-connected systems without storage are best suited to homes where people are home during the day, using the power as it is generated.

Solar-power generation: Solar panels (also known as modules) capture the sun’s rays and turn it into electricity, which is then used straightaway or stored in a battery bank.

An inverter (either string inverter or micro-inverter) then transforms the generated direct current (DC) electricity into alternating current (AC).

Electricity is generated through photovoltaics, a process of converting light (from the sun) into electricity by using semiconducting materials that create the photovoltaic “effect”, which is the creation of voltage and electric current in a material upon exposure to light. Kasia and Jake Walker’s tiny house in Whenuapai uses solar and a gas califont for water and cooking. Kasia offers advice and consultation for powering tiny houses with solar through her website, tinyhouselivinginnz.com

Solar hot water: Most houses with solar hot water would have a back-up and/or booster system for when sunlight is scarce, or demand is high.

There are two main types of solar hot-water heating systems:

Open-loop system: Water is heated directly as it flows through the pipes and is then stored in an insulated hot-water cylinder for use.

Not all roofs are suitable for solar panels. Galvanised steel, iron, concrete or clay tiles are the best options. Small, shaded and/or south-facing roofs may also not work well for solar, although some systems track the sun. 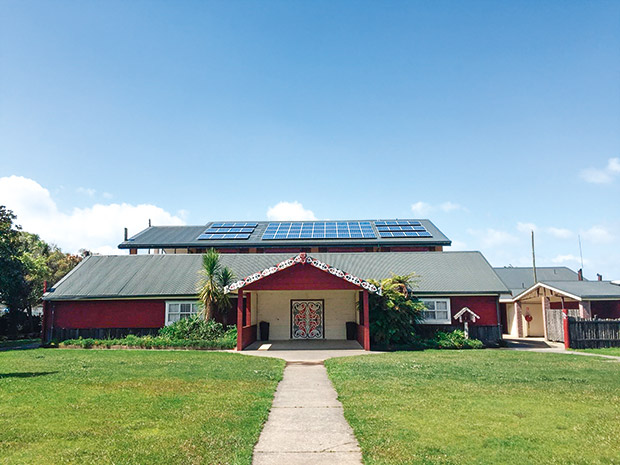 Expect to pay anywhere between $5000 and $9000 for a solar hot-water system, and between $7000 and $10,000 for a photovoltaic system not connected to a battery, so excluding the cost of a battery bank. Any financial rewards are unlikely to be reaped for a couple of decades.

THE LINGO: WHAT’S KW and KWH?

A kilowatt, or kW, is a measure of how powerful something is — for example, a 2kW appliance is more powerful than a 1kW one.

THINGS TO THINK ABOUT

Cost: Setting up solar energy systems is far from cheap, but the cost of solar is decreasing and
it may become more affordable over time.

Storage: Energy storage can also be an issue, although battery capacity is also continually improving. See information on batteries on page 132.

Not recommended for: Households that don’t use a lot of electricity (especially hot water), regions with low sun hours, buildings with Butynol or slate roofs.

The award-winning Meridian First Light House (right) is an example of the potential of solar power. The 70sqm bach, designed by University of Victoria architecture students, came third in the 2011 Solar Decathalon, a biannual event run by the US Department of Energy. 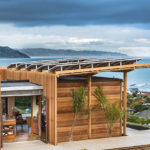 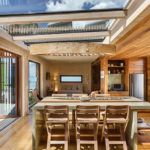 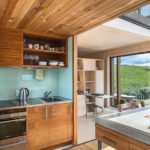 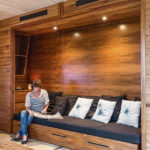 The house was the first Southern Hemisphere finalist in the competition, which challenges students to build highly efficient and innovative buildings powered by renewable energy. It has 28 Mitsubishi photovoltaic solar panels mounted on the roof. One innovative design is a drying cupboard; this modern take on a hot-water cupboard works by pumping solar-heated hot water through towel rails mounted in the cupboard. Hot water is also pumped through a heat exchanger and circulated by a small fan.

The house was packed up and shipped to Washington DC for the competition but found its final home in Waimarama, Hawke’s Bay. During the winter months the house is still in surplus, producing 40kW of electricity per day, and only using 7kW or 8kW.

Read more stories like these in our latest special edition, Sustainability Through the Seasons.