The bee’s worst enemy: How to check for varroa mites 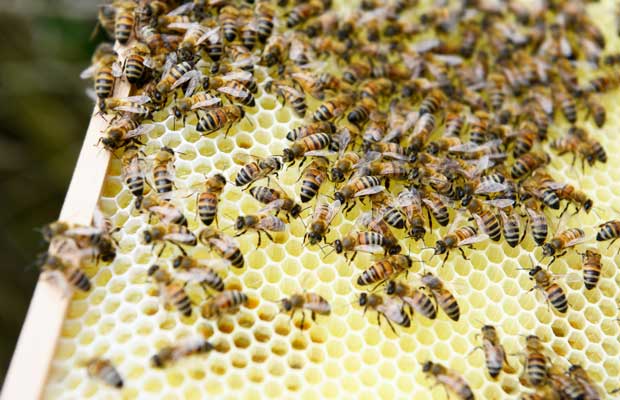 Why you need to be on the lookout for this tiny, destructive invader.

Varroa mites (Varroa destructor) are a significant threat to bees. A varroa infestation weakens the immunity of honey bees and spreads disease.

Varroa can only reproduce in a honey bee colony. Mites attach to the body of a bee and weaken it by sucking haemolymph (the bee equivalent of blood). This spreads viruses, including deformed wing virus (DWV), sacbrood virus, and acute paralysis virus (APV).

A significant mite infestation will lead to the death of a honey bee colony, usually from late autumn to early spring.

Varroa mites reproduce in the hive’s brood cells. The mites lay eggs on the bee larvae which emerge as bees at a similar time to the varroa larvae turning into mites. The new mites then spread to other bees and larvae cells. Sometimes, they reproduce a second time, again spreading diseases.

HOW TO CHECK FOR VARROA MITES

The earlier you find and treat a mite infestation, the easier it is to control. There’s less risk of it spreading, including to hives in the area belonging to other beekeepers.

It can be difficult to detect these tiny mites when you’re doing a regular hive check. When the mite population is low, the colony will show very few symptoms. However, as it increases, serious signs of infestation will be easily seen. 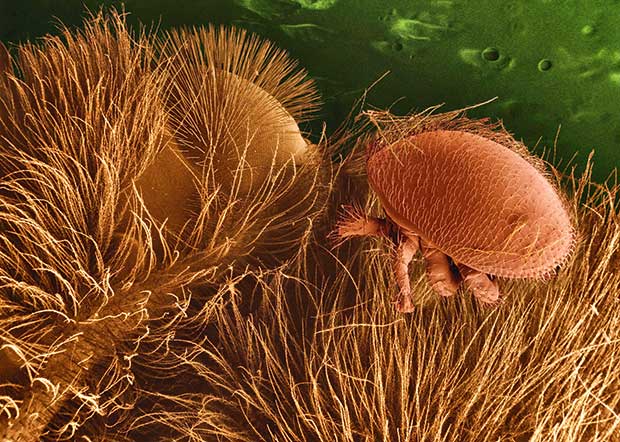 A varroa mite on a honey bee, captured by a scanning electron microscope. Mites are 1.0-1.6mm.

Check your hives regularly and treat for varroa twice a year, once in early spring, and once in autumn.

There are several ways to perform a varroa check, including:

• alcohol washing, which uses rubbing alcohol to separate mites from a sample of bees so they can be more easily seen;
• sugar shaking, where you dust bees with fine sugar (which helps loosen mites clinging to them) and then inspect the sugar for mites;
• drone uncapping, where you uncap several drone cells and examine the larvae for mites and other symptoms like deformities;
• sticky mats, placed at the bottom of the hive which catch fallen mites, allowing the beekeeper to identify them.

5 COMMON REASONS WHY A HIVE WILL DIE

In the last few years, the Ministry for Primary Industries has conducted an annual survey of beekeepers.

It measures hive loss and the reasons why. About a third of all NZ beekeepers take part, most with hundreds of hives, the rest hobby beekeepers. Often beekeepers know the reason why a hive is lost; other times it’s their best guess. 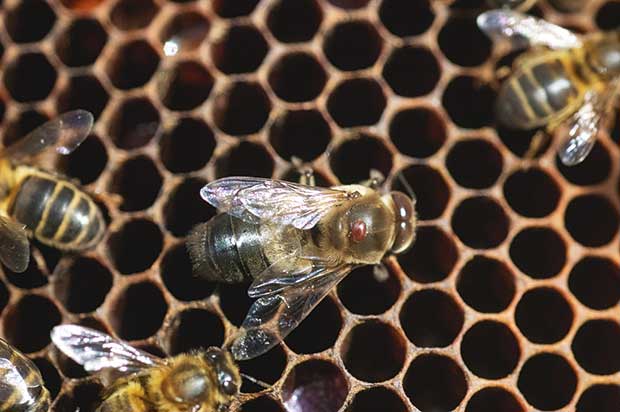 Most hives are lost over winter. In 2017, the rate of hive loss was 9.84 percent, very close to the rates in the previous two years.

The reasons for loss of a hive in order, are: