Lavender enthusiast and landscape designer Karen Rhind has crafted a wild and beautiful garden in one of the country’s most inhospitable environments.

Central Otago is a near semi-arid climate.

The temperature can range from scorching in summer to bitter in a snowfall. Adding to the level of difficulty, Karen Rhind’s ’s block is mostly free-draining pure sand.

“There’s no real soil here,” says Karen. “I’ve been adding mulch as the soil won’t hold water. It’s so hot and dry that even the weeds were dying, so I’ve had to adjust to regular watering. Lugging the hoses around keeps me fit.” Five years ago, this dry, crunchy hectare of land was a blank canvas. Karen had just sold Briar Dell, the Garden of National Significance that she had spent two decades developing. She saw her new block as a time to start again, without constraint or guidelines.

“I wanted a garden that was for me, for my benefit alone and that didn’t need constant upkeep. The land feels good to me. It reminds me of the holidays, the sun and heat, the feeling of sand underfoot and the smell of pine. It’s an entirely different property to Briar Dell, less formal, structured and “gardening-y”. 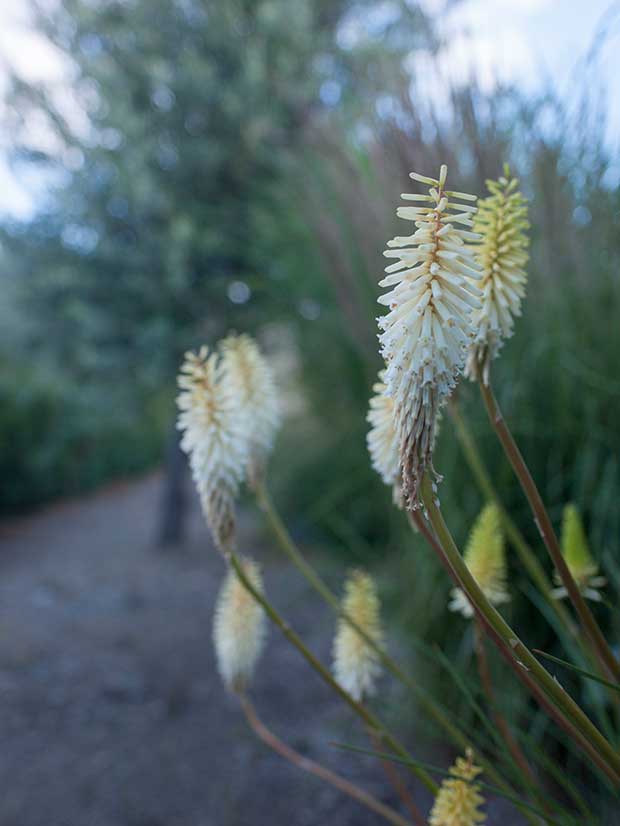 Her new garden covers just over 200 square metres, the plants chosen for their ability to tolerate drought. It’s designed not to highlight individual plants but to contradict the rocky, rugged landscape that surrounds it. 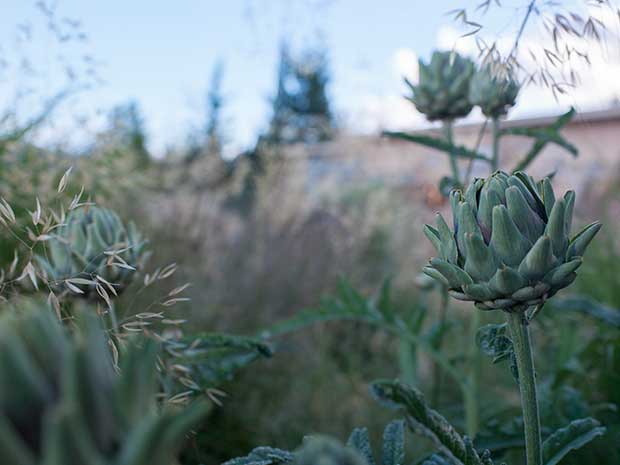 “I try to let the plants do their own thing. I love to see interesting plants fitting in naturally in the landscape.”

Many are beautiful wildflowers such as Californian poppy and evening primrose which need little water.

“It’s nice to have something that naturally evolves, that doesn’t need weeding every weekend. Self-seeding plants are the best; I’m not fussed about it being tidy.” 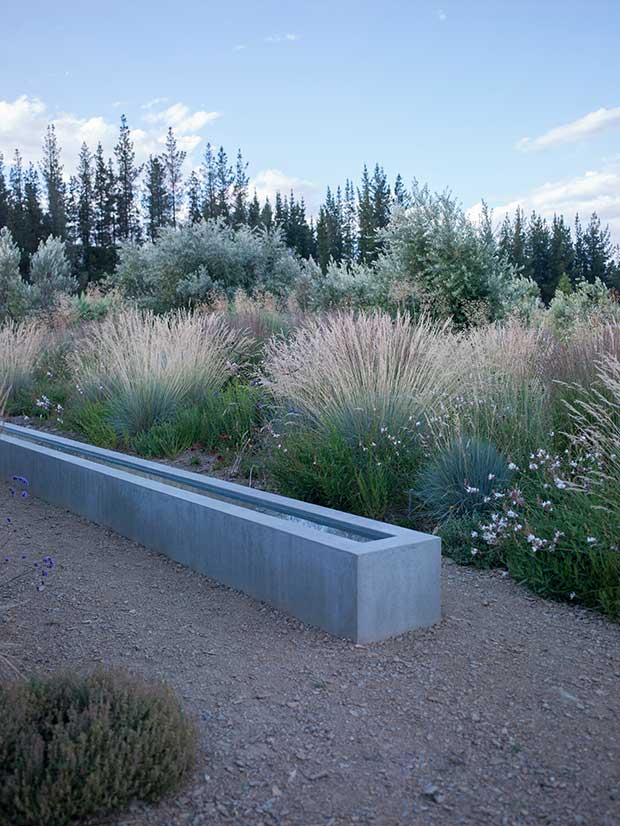 It’s a garden of low-key colour that at first glance appears to blend with the landscape. But take a closer look. There are soft, silvery, wispy grasses and little wildflowers.
The perennial garden includes Calamagrostis x acutiflora Overdam and blue oat grass. The flowers include Verbena bonariensis and Gaura lindheimeri varieties The Bride
and Whirling Butterflies.

It then shifts from feathery-light to the pointed spikes of Agave americana, Aloe polyphylla, and big-hearted ‘Green Globe’ artichokes. Karen says her property leans into the landscape, rather than fighting it for attention. 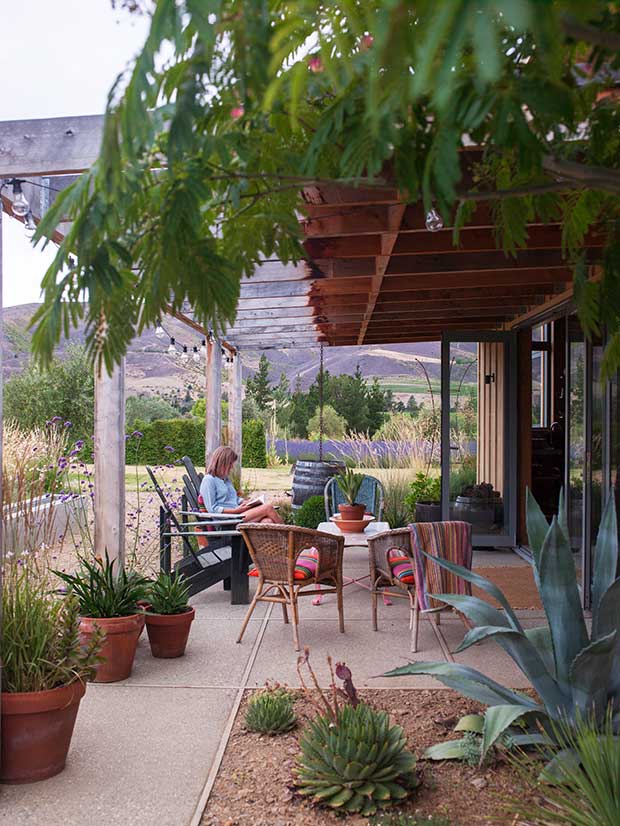 “But it has this gorgeous soul. It’s not wild as such, but there’s an untamed loveliness. One day, when I’m old, I would love to let this all go wild and watch what happens. Gardening is like raising children. At some stage, you have to stand back and let go.”