How to grow salad burnet (the best substitute for cucumber) 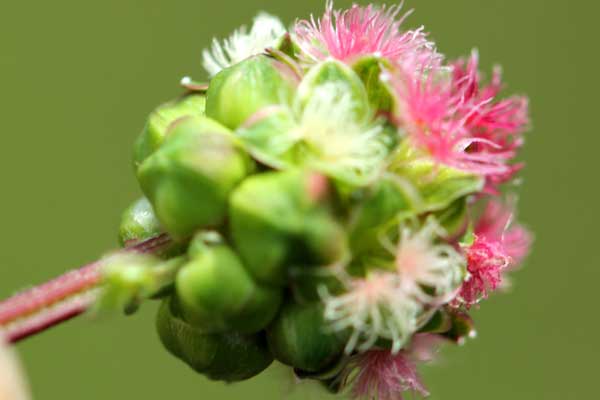 If you need cucumber but don’t have any, this leafy herb is here to help.

If you had to describe its flavour, you’d say cucumber-like with a hint of nuttiness. It’s also one of the easiest herbs to grow, producing young leaves virtually year round in a cold, temperate climate.

That’s two good reasons why salad burnet is a great herb, especially when a light cucumber flavour is needed.

But there is another. If you’re one of those people who has trouble digesting cucumber, you get the flavour without the negative consequences.

The flavour of salad burnet (Sanguisorba minor) is also refreshing. Once he discovered it, my husband Ken alarmed me by tipping tablespoons-full into our salads.

I need not have worried. Whether chopped liberally, or simply plucked off the wiry leaf stalk and tipped in whole, it is hard to overdo it thanks to its subtle nature.

In our large, cluttered herb garden it is easy to forget salad burnet is there, and for many years we did. But this unassuming herb deserves a place in any garden, staying fresh and green even in winter when other sun-loving herbs have slumped into dormancy or succumbed to frost. It is one of the few salad herbs we can rely on in winter, and one of the first to burst into fresh leaf in spring.

It may look delicate, but this is one tough herb. In its native habitats in Britain and Europe (and naturalised in North America) it grows like a weed, thriving on outcrops of chalk and rock.

The tough, fibrous roots hug tightly to the ground, and penetrate deeply to pull up nutrients even on rocky, coastal crags. It will grow well by the sea as it’s salt and wind-tolerant.

Salad burnet is worth growing as an ornamental plant too. Its long graceful stems – actually leaves – arch out from a central rosette like a fountain, while along the central rib, pairs of light green, ovate, toothed lobes give a lacy, fern-like effect.

From the second year on it bears thimble-shaped flower heads which appear before the stamens, giving it an attractive red tinge. 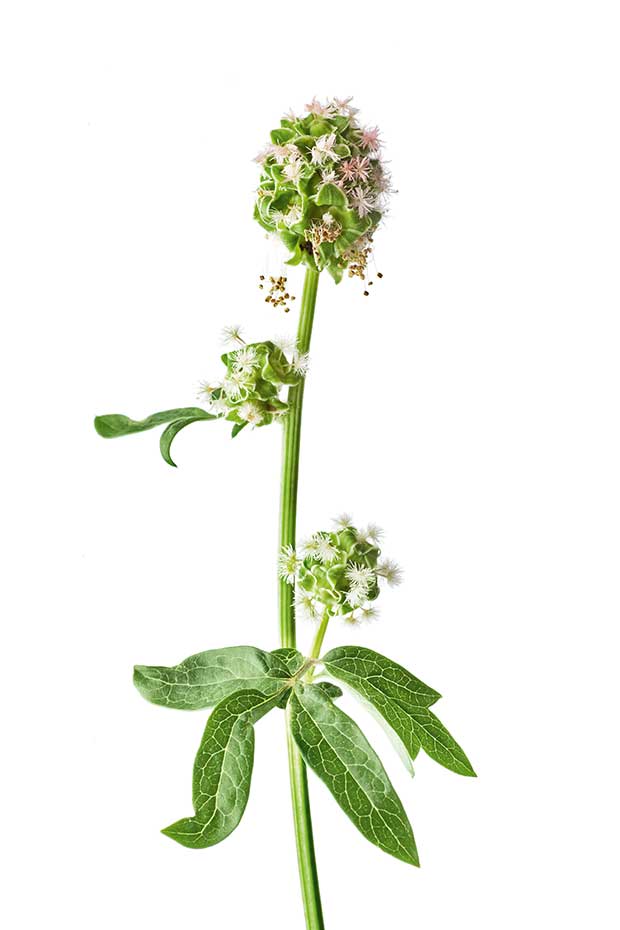 The whole plant provides texture and contrast in the herb garden, or anywhere. It is especially delightful when the dainty leaves carry sparkling droplets of dew or rain.
Francis Bacon recommended salad burnet be ‘set in alleys with wild thyme and water mint to perfume the air most delightfully, being trodden on and crushed.’
He was right. It is a good companion plant with thyme and chamomile.

It’s not just humans who love it. Animals love salad burnet as a side dish to the main event. Sheep will graze it, and it was once a popular fodder crop for animals on chalky soils.

In dry, barren pastures it can be one of the few herbs which will stay green all winter. It contains protein and vitamin C, calcium, iron, magnesium and potassium. Perhaps animals know this.

As long as it doesn’t compete with clover, they will munch it up with great relish!

HOW TO GROW SALAD BURNET 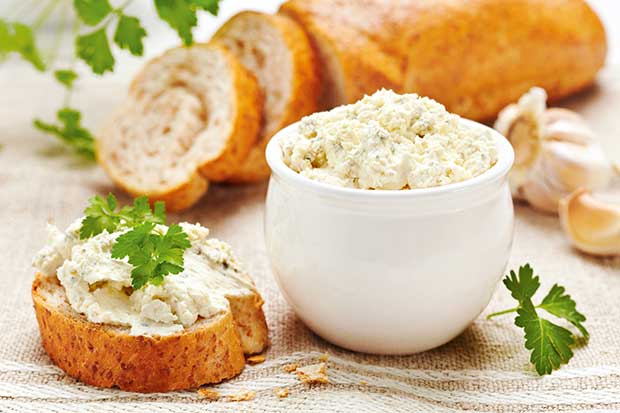 Salad burnet grows best in a cool temperate climate. In temperatures above 25°C, the leaves tend to become bitter.

It prefers a sunny situation, needing a good six hours to do well, although a little shade is beneficial during hot summers. An alkaline or neutral soil of ph 6.5-8.0 is said to give it a sweeter flavour.

A well-drained, moisture-retentive soil is ideal, and it needs regular moisture – but not excess – to produce its best growth. It prefers not to dry out too much in summer or get too wet in winter, although once established it will tolerate short periods of drought.

It is easiest to grow salad burnet by seed as its extensive root system makes it hard to divide easily. The seed is fine and needs light to germinate so should be just covered (5mm deep). It will start emerging within 7-10 days.

Sow fresh seed in autumn or spring. If direct sown, plants should be thinned to 10cm and then about 30cm apart. If sowing into containers, modules are preferable as the plants can be checked in growth on transplanting.

Plants will form a tight rosette until they flower, then flowering stems will shoot up to reach 30-45cm. These should be cut as they appear, unless seedlings are wanted, to keep leaf growth tender. If left, the leaves will become tough and bitter.

Once established, plants will self-sow readily. This can be a good way to replace old stock, provided any excess seedlings are culled out promptly or they will soon over-run the garden.

Salad burnet will thrive in your garden in reasonable conditions. It is untroubled by pests and the only thing likely to kill it is root rot in heavy, wet soils.

5 THINGS TO KNOW ABOUT HARVESTING AND EATING SALAD BURNET • Leaves are best eaten fresh, as they do not store, dry or freeze well.
• Start cutting as soon as seedlings have formed several leaves, but allow plants to fully establish before cutting too much.
• Cutting encourages further new growth – without it, the leaves become tough.
• Young leaves are fresh, cooling and only slightly bitter, rather like the rind of cucumber, but older leaves are likely to be bitter and chewy.
• The flowers are edible, and pretty as a salad accent but have little or no flavour.
Although it is best known for use in salads, adventurous cooks will not stop there.

More stories you might like:
Keyhole gardens: How this 1990s garden design is helping farmers combat extreme weather and climate change in the Pacific

Creative options include:
• turning it into a fresh, tangy topping for fish
• whipping it into a delicious cream cheese spread for sandwiches, crepes or tortillas
• teaming it with sage and rosemary in potato dishes
• sprinkling it onto cheese

It’s a traditional favourite added to Pimms cocktails, where it brings out the flavour of cucumber and citrus slices. In summer, it is delicious in drinks like gin, iced tea, lemonade, or with cucumber and lemon-scented water. It also adds a fresh zing to fresh berry fruit salads.

HOW TO USE SALAD BURNET IN PLACE OF CUCUMBER 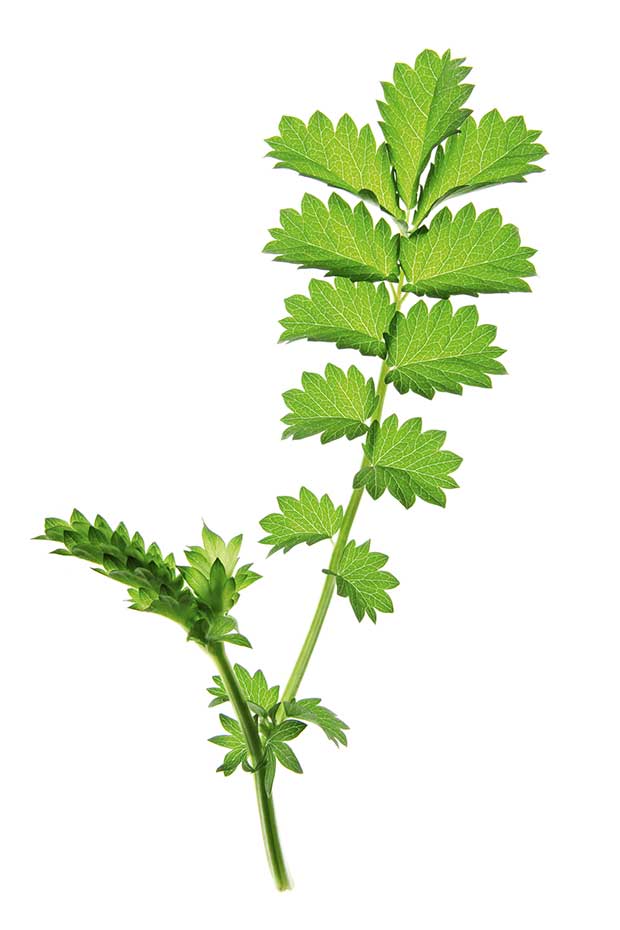 • Add liberally to salads, either chopped or scissored or plucked whole from the stem
• Use the decorative leaves to garnish, especially pates and aspics
• Fold into a butter, cream cheese or cottage cheese for a delicious spread
• Incorporate in vegetable fritters
• Add near the beginning of cooking to casseroles or creamy soups, such as asparagus, bean, celery or mushroom
• Steep the more mature leaves in white wine vinegar for 1-2 weeks, strain and use in salad dressings