thisNZlife tries racing the Subaru WRX in Cromwell from This NZ Life on Vimeo.

Cheree Morrison puts pedal to the metal on the Highlands Motorsport Park in Cromwell.

The instructors made two mistakes. The first was saying that the female drivers should stick to the back of the group – never tell me I can’t do something that the boys can do, mate. I should note that I took this challenge forgetting that said ‘boys’ were motoring journalists and car salesmen, and I was more used to driving my 2001 Ford Focus in Auckland traffic.

The second mistake was giving me the only manual of the group. While I learnt to drive in a 1980 Holden Barina, it had been years since my driving mind had dealt with both a clutch and gear stick, let alone having to think about them while driving at speeds of about 140 kilometres per hour. 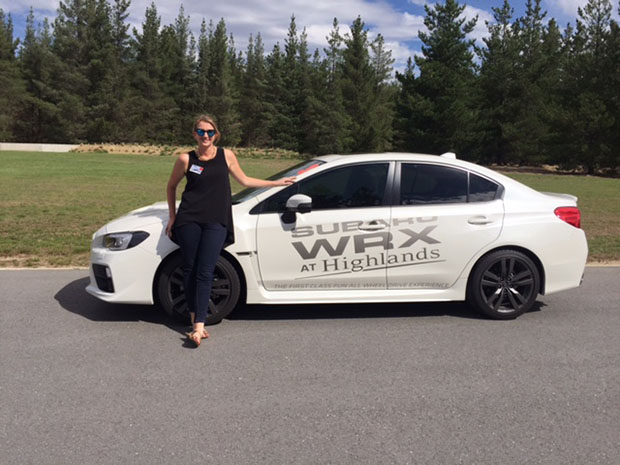 I stalled, rather dramatically, in front of the very people who had trusted me with the keys to a near-new Subaru WRX. So, perhaps three mistakes then…

This wasn’t my first time at Highlands Motorsport Park in beautiful Cromwell; no, for some reason I was invited back despite driving a go-kart backwards around the kart track on my previous visit. Despite my dubious track record, I was lucky enough to be invited to test the new Subaru experience at Highlands.

Talk about a secret dream come true – I’d always watched Top Gear and quietly dreamt of driving a reasonably priced car around an abandoned airport just like The Stig. So when the invitation to Highlands landed in my inbox, I strapped on my helmet and jumped on a plane.

There were actually no helmets, but there were rather lovely instructors (AKA some of best racing talent in New Zealand) to talk us through each task. First – learn to slalom through cones.

thisNZlife tries racing a Subaru WRX from This NZ Life on Vimeo.

Second – learn to slam the brakes on and serve to miss more cones. Third and finally – take on the racetrack. The holy grail. Admittedly, my first attempt was slower than I would have liked, it turns out it’s bloody terrifying taking on corners at full speed but on the second, I’d worked out how to get the tyres squealing.

I could sense my mechanic companions knuckles turning white. It wasn’t until my third lap that he leant over and said – “you know, you don’t have to try and overtake the guys.” I happily backed off – I’d proved my point on behalf of female drivers everywhere. 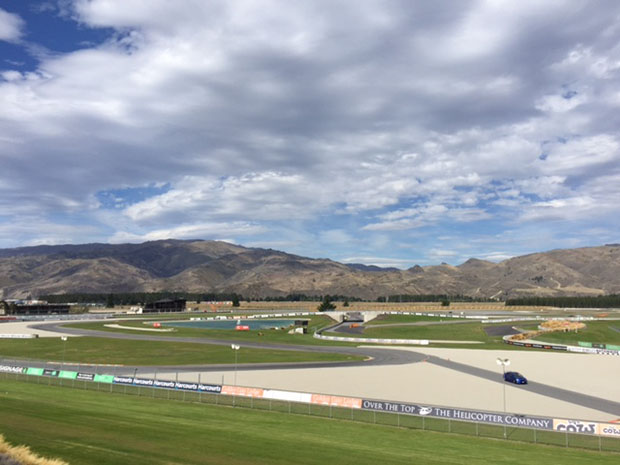 The track at Highlands Motorsport Park in Cromwell.

Sound like fun? It really, truly is but be prepared for your knees to wobble for an hour or so after, and don’t drive home – every road will feel like a racetrack for the rest of the day.

Highlands Motorsport Park offers a range of adrenaline-filled activities that appeal to drivers of all abilities, with go-karts operating alongside Porsche hot laps. The WRX experience is one of the latest experiences on offer; there are three different options perfect for larger groups.