There are 16 essential nutrients that clover needs which come from the air, water, soil and fertiliser, and a plant will only grow as fast as the most limited nutrient allows. Dr Doug Edmeades is a proudly independent soil scientist who runs agKnowledge and has a lifetime of scientific experience working with soil and pasture growth. These are some of his key tips on using fertiliser and assessing the health of your pasture.

1. CLOVER IS KING
For every kilogram of clover and ryegrass pasture, the cost of growing it is about 4-5 cents. However, clover is far more nutritious than ryegrass, and it also puts nitrogen into the system for free.

2. CLOVER TELLS YOU A LOT AND IT TELLS YOU FIRST
Clover has a poor root structure and a high requirement for all 16 essential nutrients. Doug describes it as the ‘canary in the mine’ on your block, with poor clover growth telling you there’s likely to be a particular nutrient that’s missing.

3. YOU’RE ALMOST CERTAINLY MISSING POTASSIUM
It’s estimated that 80 percent of New Zealand farms – North and South Island – are deficient in potassium, phosphorus and/or sulphur (K, P, S), with potassium the one most likely to be low, says Doug. There’s no point in throwing more fertiliser at your block until you correct a potassium deficiency. In the last 100 years, potassium reserves have declined markedly so land that never used to need it now requires it.

“The benefits you get from correcting a potassium deficiency are enormous,” says Doug. “If you’ve got a soil test level of potassium of 4 and you move it up to say 6-7, the pasture production is going to go up 30-40%. People look at potassium and say ‘oh, it’s expensive’ (1kg of potassium costs the same as 1kg of nitrogen) – the other point to make is 1kg of nitrogen will only last 4-6 weeks, but 1kg of potassium lasts for a lot longer.”

You need large amounts of potassium, over and above maintenance, to raise potassium levels, about 150kg of potash per hectare to raise the level by one unit. A common scenario is people apply potash but claim it has made no difference. That’s almost certainly because they didn’t apply enough, says Doug, possibly put off by the price (approx. $1.40/kg) or because they don’t understand just how much is required to raise levels in soil (about the same as for nitrogen). 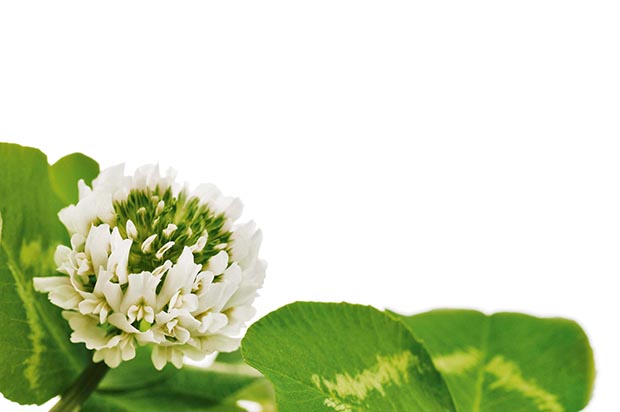 4. RAISING POTASSIUM LEVELS CAN CAUSE SHORT-TERM PROBLEMS
Clover needs good potassium levels, but when you apply large amounts it may seem like you’ve given the clover permission to take over. Doug says it will dominate pasture well over the ideal (30% clover vs 70% ryegrass) but it only lasts a short time. During that time, you may need to take care that any grazing livestock don’t get bloat.

5. LOOK FOR URINE PATCHES IN CLOVER
Lack of potassium in the soil can translate into pasture production losses of up to 40 percent. Fortunately, a potassium-deficiency is the easiest of all deficiencies to spot. “If I go onto a farm and it’s very patchy, the dung and urine patches are standing out obvious, and the pasture in between is weedy and the clover is not vigorous, and the clover is vigorous in the dung and urine patches, I can guarantee you that’s a nutrient deficiency.

“Potassium-deficient clover has a brown ring around the edge of the leaves, that’s a classic symptom.”

Have a look at where your clover is growing, where it’s doing best and where it’s not. If it looks green and healthy in urine patches but nowhere else, it’s a big clue that potassium is deficient because urine is very rich in potassium. If clover is growing well in dung patches but not away from it, it’s a clue that either the phosphorus or sulphur is deficient. A sulphur deficient clover plant will be very yellow. 6. YOU WANT GREEN AND EVEN
Animals don’t put nutrients back into the soil evenly. This is why your pasture will be different heights, as there will always be more growth above a dung or urine patch. But a healthy pasture will be composed of a constant amount of clover right through the pasture, and the colour should be a uniform dark green.

7. HAVE A GOOD MONITORING PROGRAMME IN PLACE
When Doug goes onto a farm as a consultant, he groups paddocks by their similarities, based on topography (eg steep, flat) and other similarities, then marks out soil test sites so he can recheck the same places every year. While he’s testing the different areas, he’s also making a note of the quality of the clover using a clover-only herbage test where it is struggling (not near urine or dung patches). The two combined give a much better story of what is going on in the soil than just a soil test.

Doug says having a monitoring programme of some kind like annual soil tests, and clover leaf and mixed herbage tests, is a very small cost in relation to an annual fertiliser spend, but can make a huge difference to the health of livestock, soil fertility, and the profitability of the land.

8. MOST PEOPLE DON’T KNOW TO TICK ‘YES’ TO THIS TEST
When you do a soil test there are all sorts of things you can choose to test for:
• pH
• phosphorus
• potassium
• calcium
• magnesium
• sodium
• sulphate sulphur

But Dr Edmeades says one of the most important to include is the test for organic sulphur, the major test for measuring long-term sulphur requirements (as it makes up 95% of sulphur in soil). Instead people tend to tick the box for available sulphate sulphur which varies hugely and only represents around 5% of what’s immediately available to plants.

9. RPR IS ALMOST ALWAYS NOT WORTH IT
Reactive phosphate rock (RPR) was introduced in the late 1980s as a cheap (by 30% per tonne) and effective alternative to soluble fertilisers like super phosphate. The theory was, it takes longer to break down (around four years) than ‘super’ but provides the same level of fertility. But Doug says his work back then (as part of MAF) showed it wasn’t as effective, and these days it’s also far more expensive than super too.

“Unless you do organics – under the organic regime, RPR is the only source of P you can use. In my practice I never recommend RPR these days, they’ve priced themselves off the market.”

The other issue is whether you’re getting what you pay for. The best of the best RPRs dissolve at 30% per year so it takes about four years of annual applications to build up residues to provide soil with the total amount of soluble P fertiliser it requires. But the problem is lesser quality RPRs dissolve at 10% per year, meaning a farmer can never catch up with what they’re losing. 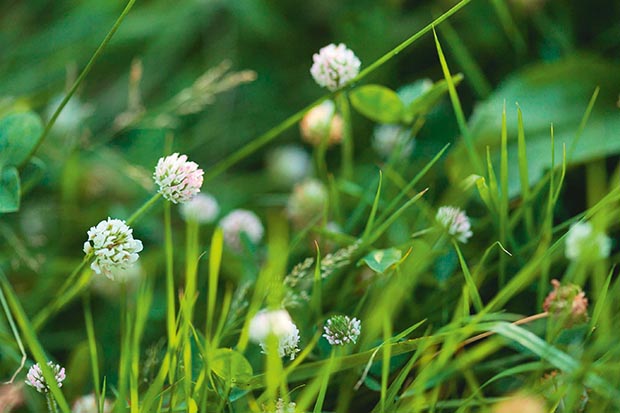 10. DOUG’S FERTILISER MATHS
When Doug is developing a nutrient programme for a farm, he creates what he calls an economic optimisation plan and it’s always based on how much phosphate a property requires as it’s the most expensive ingredient (about $3/kg). He checks the Olsen P range, and then brings all the other nutrients up to the level where they’re not limiting the expression of the phosphate.

11. MOLYBDENUM IS A VERY SMALL BUT IMPORTANT INGREDIENT
Molybdenum (pronounced mol-lib-de-num) is a trace element and isn’t needed in large amounts, but legumes like clover need it to help break down nitrogen gas into protein as part of their nitrogen-fixing abilities.

But put too much on and it prevents utilisation of copper in livestock. When molybdenum was first discovered, farmers put on a little, got a great response and so quickly increased the amounts they used. When they got copper deficiencies, they then went back too far the other way and stopped using it. Doug says it’s only now that farmers are rebounding back to the correct use of ‘molly’. The best way to test for molybdenum is to take clover and mixed herbage samples.